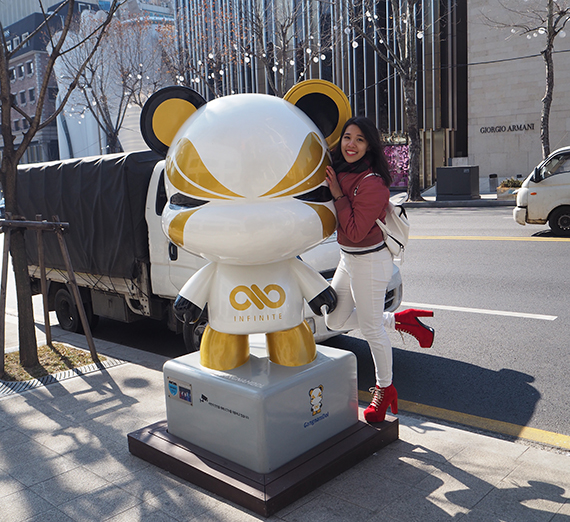 About the award (as described by David Oosterhuis, Ph.D.)

The Fr. Fredric B. Schlatter, S.J. Classics Book Award is named in honor of the esteemed Jesuit who taught Classics at Gonzaga for over thirty years and built an outstanding Classics collection in Foley. Our award is a book in our field that matches the interests of the recipient, a graduating senior with genuine passion for the Classics, a mastery of the ancient languages, and a high level of academic integrity and accomplishment.

During orientation nearly five years ago, my wife, who works in Student Development, introduced me to an incoming student who was interested in Classics. I was immediately struck by Whitney Bolibol’s poise and enthusiasm. Over the years it was that enthusiasm—for life, for learning—that really defined Whitney for me. But it also made settling on a major hard. It was touch and go, but Classics eventually made the final cut, along with Asian Studies (apologies to PoliSci, Journalism, and English). We were privileged to work with Whitney and see her grow as a scholar and a person. She is talented, hard-working, gregarious, and, yes, enthusiastic—a consummate example of what it means to be a Zag.

The Classics Department is proud to present the Fredric Schlatter Book Award to Whitney Bolibol.

Future Plans:
My current future plan is to go to Japan and teach English for a couple years at the start-up company where I worked part-time during my time abroad, World Wide Wings Kids Company.

How has your major contributed to your professional or personal development?
Classics has done so much to enrich my learning and my personhood, it is hard to describe exactly how. Looking back, Classics has allowed me to expand my passion and explore different ways to view the world, history, culture, and language. The classical world is small in comparison to history, science, literature, etc., but through various interpretations, the field becomes a large pool of theories and ideas that really test and expand the limited resources we have. With each classic-related class I take, I find myself having deep conversations about the world in which the ancients lived, to the extent of comparing present day issues with events that happened two thousand years ago. Furthermore, being a Classics major has helped me view the world through a larger perspective and not be so narrow-minded in my thinking and analysis on life.

What has been your proudest or most significant accomplishment during your Gonzaga career?
Studying abroad was definitely the biggest and most impactful accomplishment I achieved at Gonzaga. I spent a year in Tokyo, Japan, and I was able to break out of the Gonzaga bubble for a bit and experience what life will be like in the real world. It allowed me to experience what it is like to assimilate to a different culture and be completely vulnerable in all aspects of life. However, despite the difficulty, it helped me grow and find my passion in teaching.