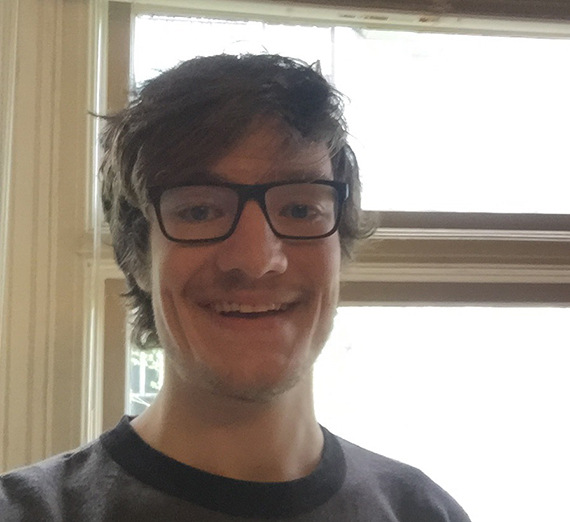 Each year the Communication Studies Department gives out an award to honor a member of our debate team who demonstrates excellence in both academics and in competitive debate. The award is named in honor of Sister Mary Margaret Conway, former Director of the Gonzaga Debate Program. Sister Conway was a catalyst for the competitive growth of GU Debate during the 1970s while emphasizing and reinforcing the importance of academic success and intellectual growth among her debaters.

This year, the Sister Conway Award for Distinction in Debate is awarded to Ben Weinhardt, who has demonstrated an impressive level of both academic and debate excellence while at Gonzaga. Ben was selected to receive this award for earning a 3.8 GPA as an Economics major while also qualifying to represent GU at the National Debate Tournament in four consecutive years (frosh-senior years), becoming only the 3rd Gonzaga debater to accomplish that feat in the past two decades. Ben has made his mark at Gonzaga both academically and competitively and will be remembered by the team as one of the all-time great Zag debaters.

Future Plans:
To pursue employment in private equity or long-term asset management. Currently, I am pursuing an internship with J.P. Morgan as a financial analyst.

How has your major contributed to your professional or personal development?
My studies in economics have given me skills necessary to analyze a problem from multiple angles, think critically about it, and come up with practical solutions. Economic thought is not only found in professional contexts, it pervades every aspect of our life. Most important decisions are intertwined with economic consequences, and my major has prepared me to make decisions inside and outside of professional environments to maximize the individual welfare of myself and others.

What has been your proudest or most significant accomplishment during your Gonzaga career?
Qualifying Gonzaga University to the National Debate Tournament (equivalent of NCAA tournament for debate) for four consecutive years.