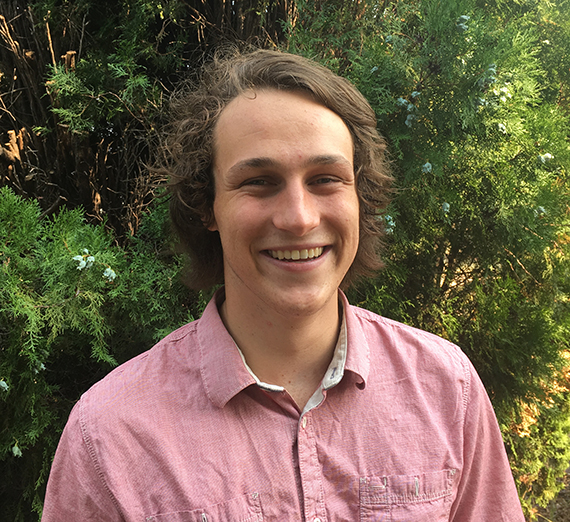 This year’s recipient of the Carsrud award is Trent DeGiovanni, who is a double major in mathematics and economics, and has been on the President’s List for his stellar grades every semester he’s been at Gonzaga. In September 2016, Trent began working with Dr. Katharine Shultis and Dr. Jason Lutz on a research project involving polygon dissections. Trent presented on this research at the Pi Mu Epsilon National Meeting, held at the Mathematical Association of America MathFest conference in July 2017. For his presentation, he received the Council on Undergraduate Research Award for the best research presentation. He and his advisors also submitted a paper on this work to the third volume of the book series, The Mathematics of Various Entertaining Subjects. Next year, Trent will be a graduate student in mathematics at the University of Utah, where he plans to earn his Ph.D. in applied mathematics.

Future Plans:
Graduate School in Mathematics at University of Utah

How has your major contributed to your professional or personal development?
My course work at Gonzaga has inspired me to pursue a graduate degree of mathematics. I think getting to work on challenging problems across a variety of areas in math has made me gain a more holistic appreciation for the subject. Part of studying math is learning to fail productively, which is probably the most important life skill I have learned here.

What has been your proudest or most significant accomplishment during your Gonzaga career?
At the national Pi Mu Epsilon (math honor society) conference last year I got an award for best student presentation from the Center for Undergraduate Research, which was rad.