Carving Out A Path of His Own 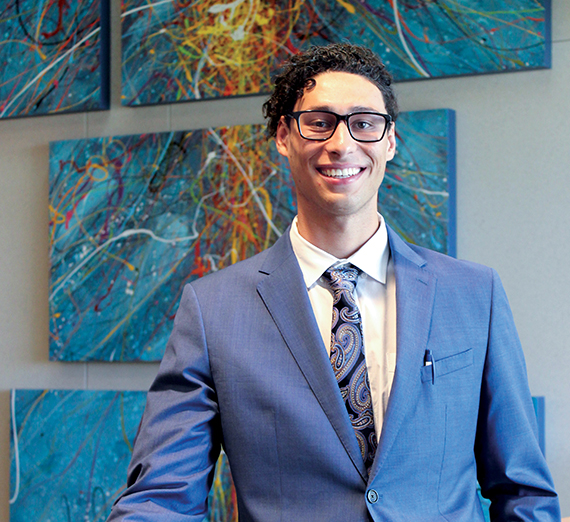 Being the grandson of a legend whose New York Times obituary called a “Type-A Gandhi” is tough. But Mason Maxey, grandson of Carl Maxey (’51) and son of Bevan Maxey (‘83), has found a way to both honor ancestry and carve his own path.

Maxey chose to go to law school despite majoring in physiology at the University of Washington as an undergraduate. During his junior year, Maxey did some soul-searching—and job-shadowing— and decided that medicine was not for him, which led him to consider and evaluate a variety of other careers. But not the law.

“Honestly, at this point, I had never considered the law as I didn’t want to simply follow in the footsteps of my family,” he says. It was after speaking with his mother, who suggested that he might have a good mind for the law, that he began to think that maybe law school and lawyering were a viable path. As with medicine, Maxey did his research and after careful consideration, decided to sit for the LSAT.

The next decision, where to go to law school, was far simpler. “When it came to Gonzaga that was an easier choice for me,” he recalls. “I was ready to come back to Spokane after four and a half years in Seattle, and I had had some positive experience with faculty members at GU.”

Being the third generation to go to law school does not insulate anyone from the trials of the 1L year. For Maxey, as for many new law students, the first semester of law school was “eye opening.” But it was out of his first semester that some of his favorite memories have grown. Maxey enjoyed the experience of meeting new friends, faculty, and supervisors in his chosen field. “Within the first few weeks, a couple of new students and I organized a 1L fantasy football league that survives to this day,” Maxey says, which just goes to show that law students can turn any fun game into homework.

When it came to his courses, Maxey was excited to “navigate the new type of learning, learning how to brief cases, take legal exams.” He knew that “given my family history, that there were certain expectations thrust upon me, as well as the fact that other students and faculty might feel I am riding the coattails of my family legacy, so to speak.” Because Maxey wanted “an objective assessment of my own ability and character,” he tried to downplay his name.

Maxey understands and accepts that his family’s legacy “will follow me wherever I go, so it is up to me to uphold it accordingly.” Now, instead of feeling embarrassed when his connection to Carl Maxey is pointed out, he addresses what he can control, how he navigates the practice of law, and how he treats people as human beings.

And it seems that Maxey’s choice to join the practice of law was a good one. As an intern with Maxey Law Office, he remembers when a jury entered a not guilty verdict for a client whose case he had worked on. “We are generally so removed in law school from the actual emotion of a case that the impact overwhelmed me in the moment,” he says, “That moment really made me realize the implications of what we do as lawyers, as well as providing a visceral example of what is at stake often times in criminal litigation.”

Mason Maxey plans on joining the family firm, Maxey Law Office, after he passes the bar.