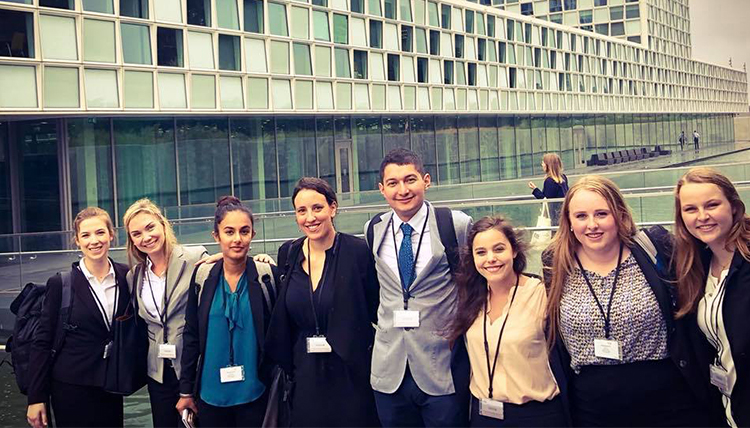 KXLY, April 10, 2019.
The Center for Civil and Human Rights hosted a naturalization ceremony for 60 new citizens at Gonzaga Law.

Jason A. Gillmer: On the urgency of intersectionality

The Spokesman Review, March 30, 2019.
Professor Gillmer reflects on the need for intersectionality and on the wonderful speech given by Kimberlé Crenshaw at Gonzaga Law on this topic.

KHQ, January 29, 2019.
Gonzaga Law Professor Megan Ballard gave an interview to KHQ Local News this week as part of a news story about the act of Border Patrol agents boarding buses at a station.

KUOW, October 9, 2018.
“With Kavanaugh’s recent display, the people have the right to question whether cases will be decided by the partisan views of individual members of the Court.”

Spokane Public Radio, October 1, 2018.
“Gonzaga University has formally launched a new Center for Civil and Human Rights. The center is affiliated with the law school [and] was announced during a conference about the legal profession’s role in civil rights activism last Friday.”

Gonzaga News Service, May 4, 2018.
“The Center for Civil and Human Rights brought the Honorable Justice Steven C. González of the Washington State Supreme Court to [teach] a course on Washington State Constitutional Law. While he was here, Justice Gonzalez whole-heartedly became part of the Gonzaga community, teaching and mentoring students.”

Gonzaga News Service, April 25, 2018.
In a remarkable new opportunity, Gonzaga University School of Law students will travel to The Hague, Netherlands in June to spend two weeks working with prosecutors in pending cases at the International Criminal Court.

On Martin Luther King, Jr. Day 2018, local TV affiliate Fox News 28 interviewed Professor Jason Gillmer about Dr. King’s lasting impact on civil rights and the Law School’s new Center for Civil and Human Rights. Gillmer stated that Dr. King’s lasting impact comes down to his vision of hope. “He imagined what this country could be and I think that’s something that speaks to many of us still today,” Gillmer said. “Keep in mind that the civil rights movement was a movement made of hundreds, thousands of people.”

The Center for Civil and Human Rights