Patrisse Cullors, co-founder of Black Lives Matter, spoke at Gonzaga University’s Myrtle Woldson Performing Arts Center to university students, faculty, and staff last week. During her talk, Cullors shared her personal story and connection to community organizing as well as highlighted the value and impact it can have on local and regional policy.

While the Black Lives Matter movement grew to a proportion that Cullors never imagined becoming an international presence, her roots are in local efforts within the San Fernando Valley. When she was in high school, Cullors’ 19-year-old brother was taken into custody and brutally beaten by the sheriff’s department. He was later diagnosed with schizoaffective disorder. It was a time of turmoil for her and her family. “I realized we were living in a county that didn’t care about people who were most vulnerable. In fact, it was quite the opposite,” Cullors said. “It was the first moment where I felt I had to do something.”

Cullors joined the Bus Riders Union, a grass-roots organization that represented low-income mass transit riders who were discriminated against by the policies of the Los Angeles County Metropolitan Transportation Authority. She credits this, along with environmental and criminal justice projects, as serving as her organizing foundation. 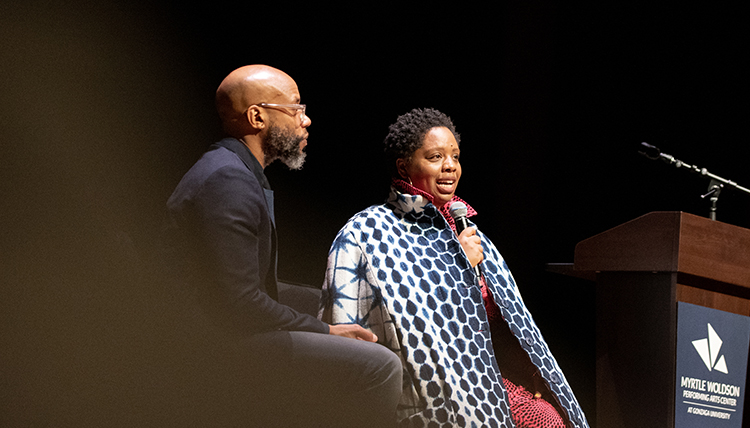 In 2011, when Cullors’ brother was released from prison, she came across an 86-page complaint filed with the American Civil Liberties Union that contained 70 sworn statements from people who had been tortured or had witnessed torture by the sheriff’s department in Los Angeles. “It was the first time that I felt like this secret that my family had was opened up,” she said.

Inspired by the need to organize the families who were impacted, Cullors left the organization she had been working at for 11 years and started the Coalition to End Sheriff Violence in L.A. Jails. “We made a decision that we were not going to be silent,” Cullors said. The organization, now called Justice L.A, is still active within the Los Angeles community.

In 2013, Cullors, along with her co-founders Alicia Garza and Opal Tometi, launched Black Lives Matter following the acquittal of George Zimmerman in the death of Trayvon Martin, an African-American teenager. With inspiration drawn from the Civil Rights and Black Power movement as well as her own experiences in community organizing around state violence, Cullors, and her co-founders, built awareness and power through demonstrations, media appearances, and social media engagement.

“There was a culmination, I think, of not just me, but many folks in my generation who said we were tired of this,” said Cullors. “We had seen this happen in our neighborhoods, in our communities for too many years.”

After the 2016 presidential election, Cullors saw an opportunity to continue her work, strengthening relationships between community organizations to foster power and local change. “For me, our Reform L.A. Jails initiative and our Justice L.A. initiative isn’t just about Los Angeles,” Cullors said. “It’s a rubric about what’s possible for the rest of the country.”

During the Q&A session after her lecture, Cullors encouraged participants, both students and community leaders alike, to create change locally through organizing opportunities for conversation and deeply listening to one another. “As much as what is happening on the national level, we can’t always control that but, we can control what is in our backyard,” she said. “If we build a strong city, a strong county, a strong state, we will build a strong nation.”

Learn more about the sponsors of this event.
Share Story