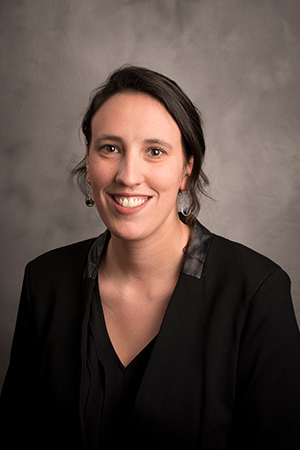 The practice of law is a powerful and effective tool that is often used to serve those least in need, to make rich people richer, and to protect the interests of those in power. My goal in becoming an attorney is to use the power of law to protect and defend marginalized people who suffer the consequences of unjust and violent institutions.

In high school I volunteered with Teen Court, which used a restorative justice model as an alternative to juvenile court for minors charged with nonviolent offenses. Teen volunteers, supervised by attorneys and judges, tried and adjudicated these cases. Although I was disturbed by the realities of the juvenile justice system, I was also inspired by the positive impact Teen Court had on its participants.

At Antioch College I gained public interest work experience through the cooperative education program. My jobs all involved legal work, ranging from direct legal services for rape victims, to international immigration policy work; I was drawn to the effective use of law in pursuit of our goals. I was also involved with an educational program held at a women’s prison. As I formed relationships with my incarcerated classmates, I saw the consequences of the criminal justice system on poor minorities and felt motivated to address the troubling effects of the Prison Industrial Complex.

After graduating, I worked at a shelter for migrants and refugees in Tenosique called La 72 . Located on the border between Mexico and Guatemala, La 72 serves as a safe house. I interviewed refugees, screening for victims of abuse and trafficking, and people eligible for legal protection in Mexico. It was not unusual for refugees with asylum claims to feel too disenfranchised to pursue any legal remedy due to their justifiable distrust in the institutions meant to protect them. I saw the overwhelming need for social justice lawyers willing to work to ensure access to justice and protection.

I continued to work on immigration issues in the United States, as a paralegal for the Detention and LGBT projects at the National Immigrant Justice Center. Each week I visited detention centers and met with detainees to assess what types of legal relief they may qualify for. Although I always wished that I could do more, I saw the substantial impact of compassion and advocacy for people who had experienced extreme trauma and violence in their countries of origin and in the United States. Immigrants are extremely vulnerable in our current political climate, increasing the need for legal defense and protection. In spite of momentous challenges, I worked with attorneys who took brave and thoughtful approaches to the practice of law, which reinforced my decision to pursue a legal education. The Thomas More program provides the guidance and support of a community dedicated to social justice and public service and I am grateful and honored to be part of it.