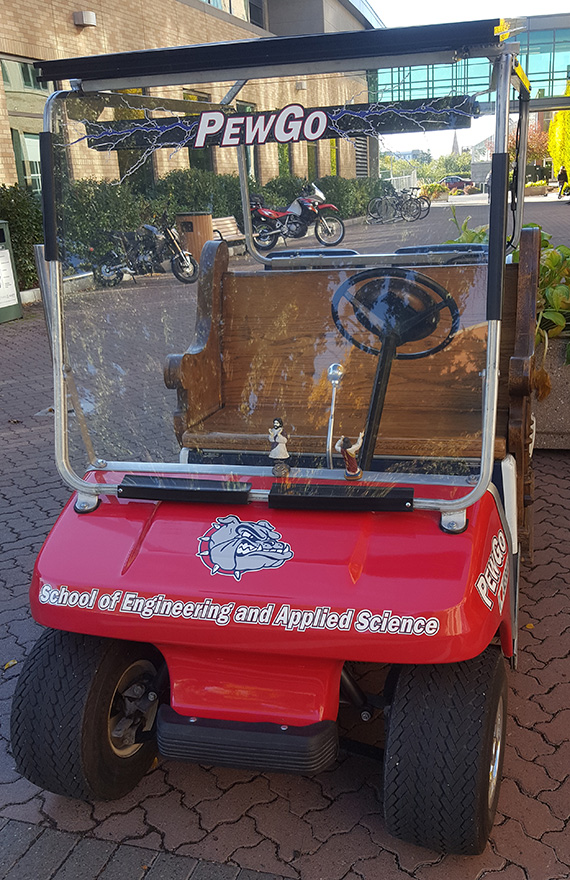 Gonzaga's most recognized vehicle began as a donated pew sitting inside the Manufacturing Technology Center (MTC) for several weeks. Students started asking what it was doing there among the metal shop tools, and Manufacturing Support Engineer Beau Grillo challenged them to come up with ideas on how the Pew could roll around campus. One 1983 golf cart and many hours of labor later, the PewGo made its campus debut in spring 2015.

The PewGo is frequently found at Herak's southeast corner outside the MTC's exterior door catching some rays. A solar power panel replaced the fiberglass roof in summer 2017 as part of an overhaul begun by a senior design project. 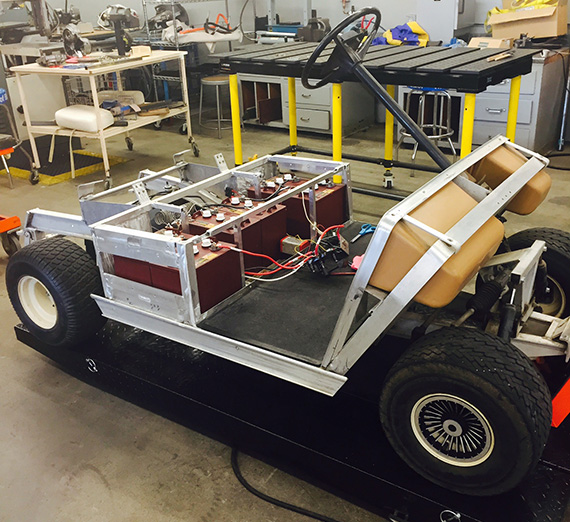 One of the students' first PewGo challenge was to repair and reinforce the 30-year-old cart's frame to fit and hold the antique pew's weight. Students learned TIG and MIG welding as well as woodworking skills. They also repaired and painted the fiberglass body pieces. 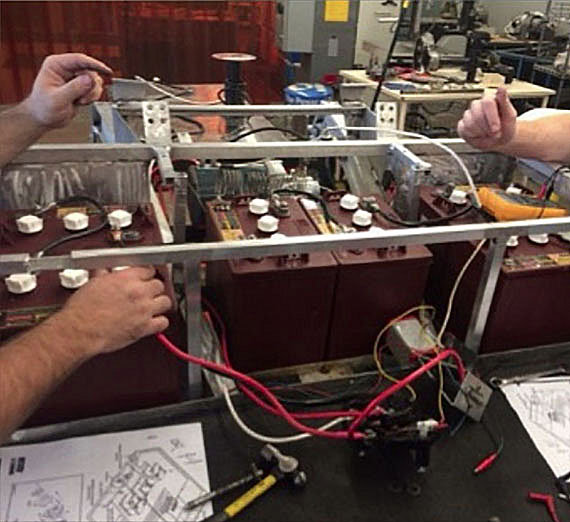 Students also had to rebuild all of the cart's electronic systems including the solenoid bank, regulators and battery array. 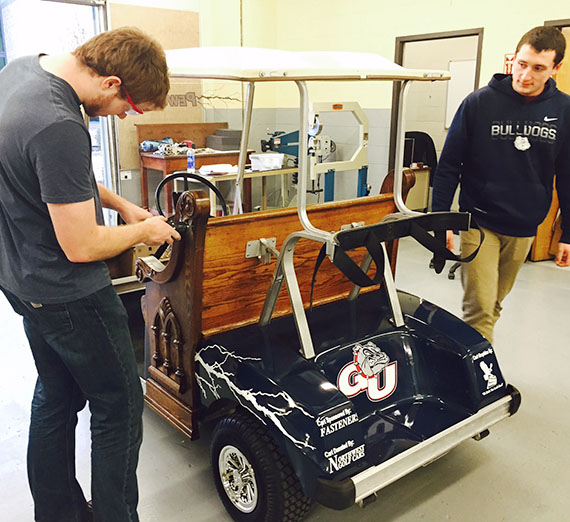 The rear end is fitted with a fold-down cargo bed and two seats. The vehicle can carry four people! Students also helped design the vinyl graphics on the cart's body. 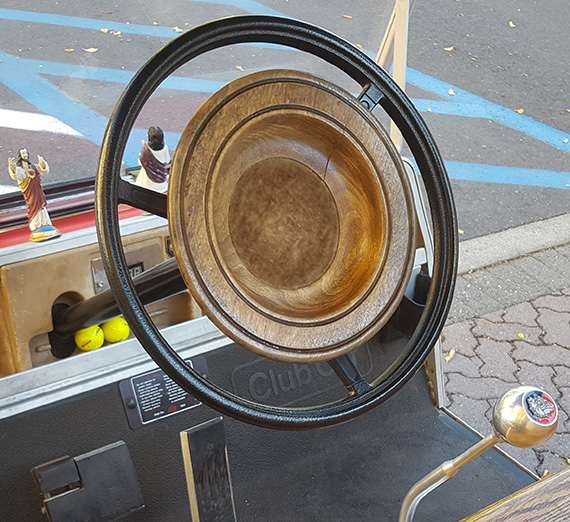 Fun details in the PewGo include the custom gear plate and handle each featuring the bulldog, a collection plate embedded in the steering wheel, and the TWO "plastic Jesus" statuettes ("glued to the dashboard of my car" as the folk song goes.)
Have you seen the 2018 Back-To-School video of President McCollough driving the PewGo? :25-:35 and 1:25-1:30 are highlights with this campus favorite!