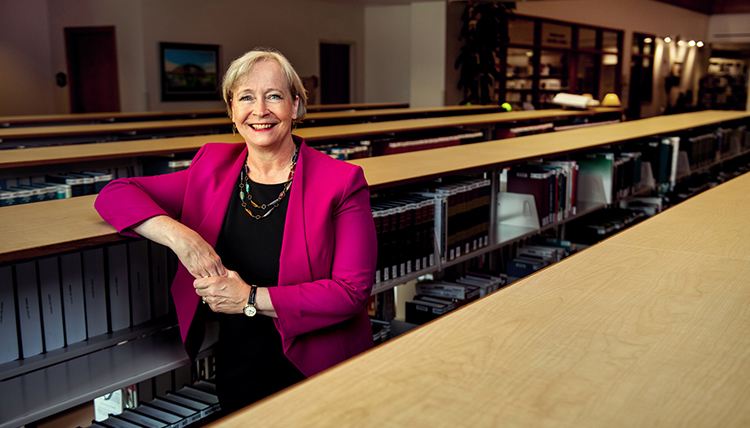 In fall 2017, Thomson Reuters selected me as a new author for the prestigious treatise on federal practice and procedure (commonly identified by its original authors’ names as “Wright and Miller”). Having practiced in federal court, I knew what an honor this was, so I jumped at the chance. I will be updating and rewriting volumes 23 through 26A of the treatise Evidentiary Privileges, originally written by the late Charles Alan Wright and Kenneth W. Graham Jr. Privileges happen to be my favorite area of evidence. In the next couple of years, I, with the publisher’s assistance, will edit the more than four volumes on privileges down to only two volumes. In a tribute to Wright, Justice Ruth Bader Ginsburg said of the treatise, “Federal Practice and Procedure is by far the most-cited treatise in the United States Reports; it has been called the procedural bible for federal judges and those who practice in our federal courts.”

The treatise covers all of the evidentiary privileges, from the attorney-client privilege and the clergy-penitent privilege to the journalist’s privilege. In the update that I wrote (published in April 2018), I featured an Erie doctrine case, Sony Electronics, Inc. v. HannStar Display Corp. The case involved a price-fixing scheme and a settlement between Sony and HannStar. HannStar refused to abide by the settlement and Sony brought an action. Sony raised both federal and state antitrust claims as well as a state of California breach-of-contract claim. Although Sony dropped its antitrust claims, the Ninth Circuit Court of Appeals found that federal, not state, law applied. The state had a mediator privilege (which would bar the use of an email from the mediator), but no such privilege exists in federal law. The Court reasoned that at the time of the mediation, both federal and state claims were pending, even though Sony dropped the federal claim at the trial. I enjoyed including this case, as I teach both evidence and civil procedure.

I included a section on a law review article written about the fascinating U.S. v. Sterling case. Sterling was a former CIA agent accused of leaking sensitive information about a failed CIA operation to James Risen of the New York Times. When Risen was subpoenaed as a witness in Sterling’s trial, he moved to quash and for a protective order. The district court found that Risen could refuse to testify under the journalist’s privilege, but the Fourth Circuit disagreed. Ultimately, the government proved the leak through documents and did not call Risen to testify. Risen told the prosecutors that he would not testify, despite the Fourth Circuit ruling.

I was also able to include an interesting state of Washington case, Newman v. Highland School District. This was a tragic case in which a high school quarterback suffered a permanent brain injury at a football game. Prior to trial, the attorneys for the school district interviewed former school employees—people who had been employees when the injury occurred but who had left employment—and Newman’s counsel requested those communications. The Washington Supreme Court determined there was no longer a corporate counsel attorney-client privilege.

Various privileges issues are in the news. On April 9, 2018, FBI agents from the New York field office executed search warrants for Michael Cohen’s (President Trump’s personal attorney) “residence, hotel room, office, safety deposit box, and electronic devices. The searches were authorized by a federal magistrate judge, who had found probable cause to believe that the premises and devices searched contained evidence, fruits, and instrumentalities of conduct for which Cohen is under criminal investigation.” Michael D. Cohen v. United States of America, 18-MJ-3161 (KMW), the Government’s Opposition to Michael Cohen’s Motion for a Temporary Restraining Order, April 13, 2018. Although President Trump sent the following tweet “Attorney-client privilege is dead,” on April 10, 2018, he likely did not have the benefit of reading the federal practice and procedure treatise. First, there is a crime-fraud exception to the attorney-client privilege. U.S. v. Zolin, 491 U.S. 554 (1989). Second, the attorney-client privilege applies only to legal advice, not business advice. Colton v. U.S., 306 F.2d 633, 638 (2d Cir. 1962).

Individuals may raise the executive privilege in the months ahead. Some of President Trump’s former and current staff members have raised the issue when questioned by Congress. Nearly every president since, and including, George Washington has claimed the privilege. However, the privilege is not absolute. “The generalized assertion of privilege must yield to the demonstrated, specific need for evidence in a pending criminal trial.” U.S. v. Nixon, 418 U.S. 554 (1989). This is true in civil cases as well. See Clinton v. Jones, 520 U.S. 681 (1997).

I expect to have plenty of material from which to choose for my next update and I look forward to the challenge.