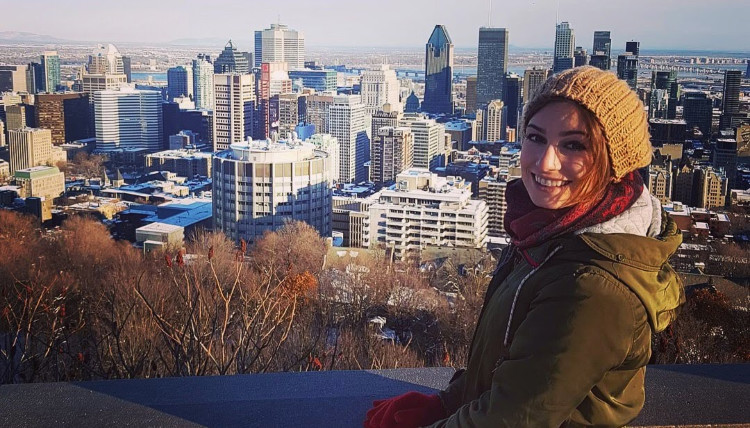 Eva Gallagher earned her Bachelor’s degree in Spanish at Gonzaga University while completing Spanish and elementary teacher certifications. She also studied abroad in Cuernavaca, Mexico and Sevilla, Spain, which pushed her Spanish to the next level and provided her with the necessary language skills to teach heritage language speakers after college. At a high school in her hometown in California, she taught foreign language Spanish and Spanish for students who speak it as a home language. These classes focused on developing advanced literacy skills, and the language skills she developed at Gonzaga were essential to succeeding in this position. She is now pursuing a Master of Arts at McGill University in Second Language Education, where she focuses on studying minority language maintenance and improving pedagogy for second language teaching. She loves living in the multicultural environment of Montreal, Canada, where every day she speaks English, French and Spanish. Living in Montreal means using the intercultural communication skills she gained while studying Spanish at Gonzaga.