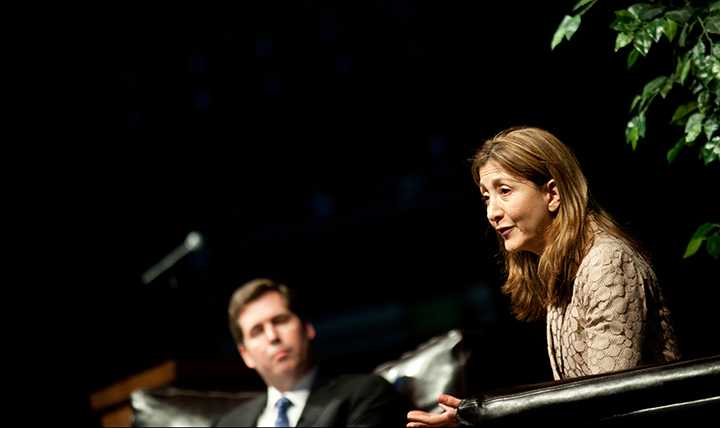 Even Silence Has An End: My Six Years of Captivity in the Colombian Jungle (2012)

As a political activist in the 1990s, Ms. Betancourt worked actively to curb drug trafficking and corruption in Colombia, and she gained international recognition as an advocate for democracy. During her campaign for President in Colombia, Ingrid was taken hostage by FARC guerrillas in 2002 and dramatically rescued from the jungle more than six years later by the Colombian army. Ingrid considers her release a miracle and, despite many degradations suffered during captivity, that her endurance was possible due to her faith in God. Her presentation focused on her life experience and the ongoing campaign to free hostages still held by the FARC in the Colombian rain forest.