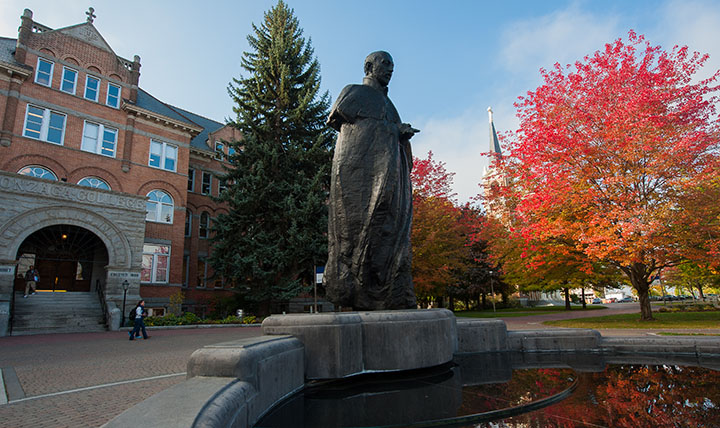 The Commission on Gonzaga’s Response to the Catholic Sexual Abuse Crisis, formed in April 2019 by President Thayne M. McCulloh has issued its report, including key recommendations on actions the University should take moving forward.

When formed in April 2019, the Commission was called to identify, discuss and make recommendations regarding a set of formal actions the University should undertake in response to the clergy abuse crisis in the Catholic Church, and in light of the reality of priests with credible allegations of abuse who had ties to Gonzaga – including those who once lived at Cardinal Bea House.

The Commission was grounded in the following expressions of our identity as a Catholic, Jesuit and humanistic university:

The Commission engaged with the greater Gonzaga community, including more than 13 meetings over 13 months, and hosted multiple listening sessions throughout the 2019-20 academic year to fully understand the needs, hopes and concerns of the Gonzaga University community with respect to its charge.

The report includes an overview of the Commission’Commission’s activities, reflections on its charge and work over the past year, and recommendations to the president about how the Gonzaga community should continue to face Catholic sexual abuse and make sense of its institutional experience.

The report fulfills the charge of the Commission to provide recommendations to the president, and it formally concludes the Commission’s responsibilities. However, the Commission considers the report the beginning of a new phase of work, including the launch of several working groups to continue advance worthy, longer-term aspirations in accordance with the Commission’s mandate. The report also highlights good work already underway at the Gonzaga University, concurrent with the formation and activities of the Commission.

Gonzaga embraces a commitment to respect, protect and care for every individual. As such, the safety of our students, staff and visitors to our campus is a top priority, and the University has no tolerance for sexual misconduct of any form. Please visit www.gonzaga.edu/report for both University and external resources (including the U.S. Jesuits West Province) to support confidential and non-confidential reporting, medical care, victims, advocacy, and counseling services.