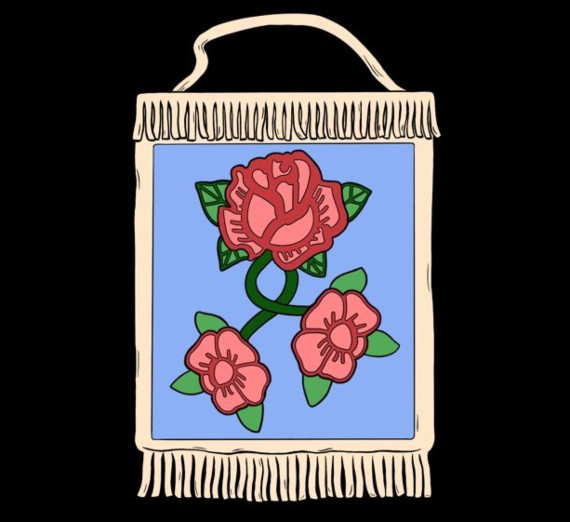 Artwork by Emma Noyes (Sinixt), created in commemoration of 10 years of Native American Studies at Gonzaga

This event is free and open to the public. Tickets are available here and will also be available at the door.

People of the Sinixt Confederacy have lived on and stewarded Sinixt homelands since their first day. Currently, those homelands are located within the state of Washington and the province of British Columbia.

We will screen LaMere's recently completed film Older than the Crown and celebrate the 20th anniversary edition of Pearkes's book Geography of Memory.

This program is presented by Native American Studies and sponsored in part by the Robert K. and Ann J. Powers Chair of the Humanities.

Artwork by Emma Noyes (Sinixt), created in commemoration of 10 years of Native American Studies at Gonzaga

Coyote Made the Rivers: Indigenous Ecology and the Sacred Geography of Song

This event is free and open to the public. Tickets are available here and will also be available at the door.

For millennia, the waterways of the Columbia Plateau have shaped the lifeways of its people, providing sustenance and an ecological framework for social engagement and cohesion. Not long after the Lewis and Clark expedition made its way through the Plateau, that framework was methodically disassembled. The treaties of the mid 19th century severely limited the movement of Plateau tribes, leading to fixed and stagnant communities. The dams curtailed the natural movement of the rivers, obstructing salmon and poisoning the lifeblood of the People.

With a blend of music, visual imagery, storytelling, and research, this piece of holistic scholarship will utilize Coyote stories about the Columbia River and its tributaries as a springboard for examining the current state of river health. In addition, it will explore the ways in which Native nations in the region have exercised resilience and resistance in maintaining their relationship with our ancestral homelands. Emphasizing traditions not dissimilar from those in other Indigenous communities, the objective will be to illuminate perspectives that take on added urgency in the era of climate change.

Chad S. Hamill/čnaq’ymi’s scholarship is focused on song traditions of the Interior Northwest, including those carried by his Spokane ancestors. In addition to his book, Songs of Power and Prayer in the Columbia Plateau, he has produced numerous articles centered on Columbia Plateau songs and ceremony, exploring topics ranging from sovereignty to Indigenous ecological knowledge. Prior to his role as Vice President for Native American Initiatives at Northern Arizona University, Hamill served as Chair of the Department of Applied Indigenous Studies at NAU and as Chair of the Indigenous Music Section of the Society for Ethnomusicology. Currently, he is Executive Director of Indigenous Arts and Expression at California Institute of the Arts and is Vice President and Treasurer of the Spokane Language House, a 501c3 that contributes to the sustainability of the Spokane language.

This program is presented by Native American Studies and sponsored in part by the Robert K. and Ann J. Powers Chair of the Humanities. 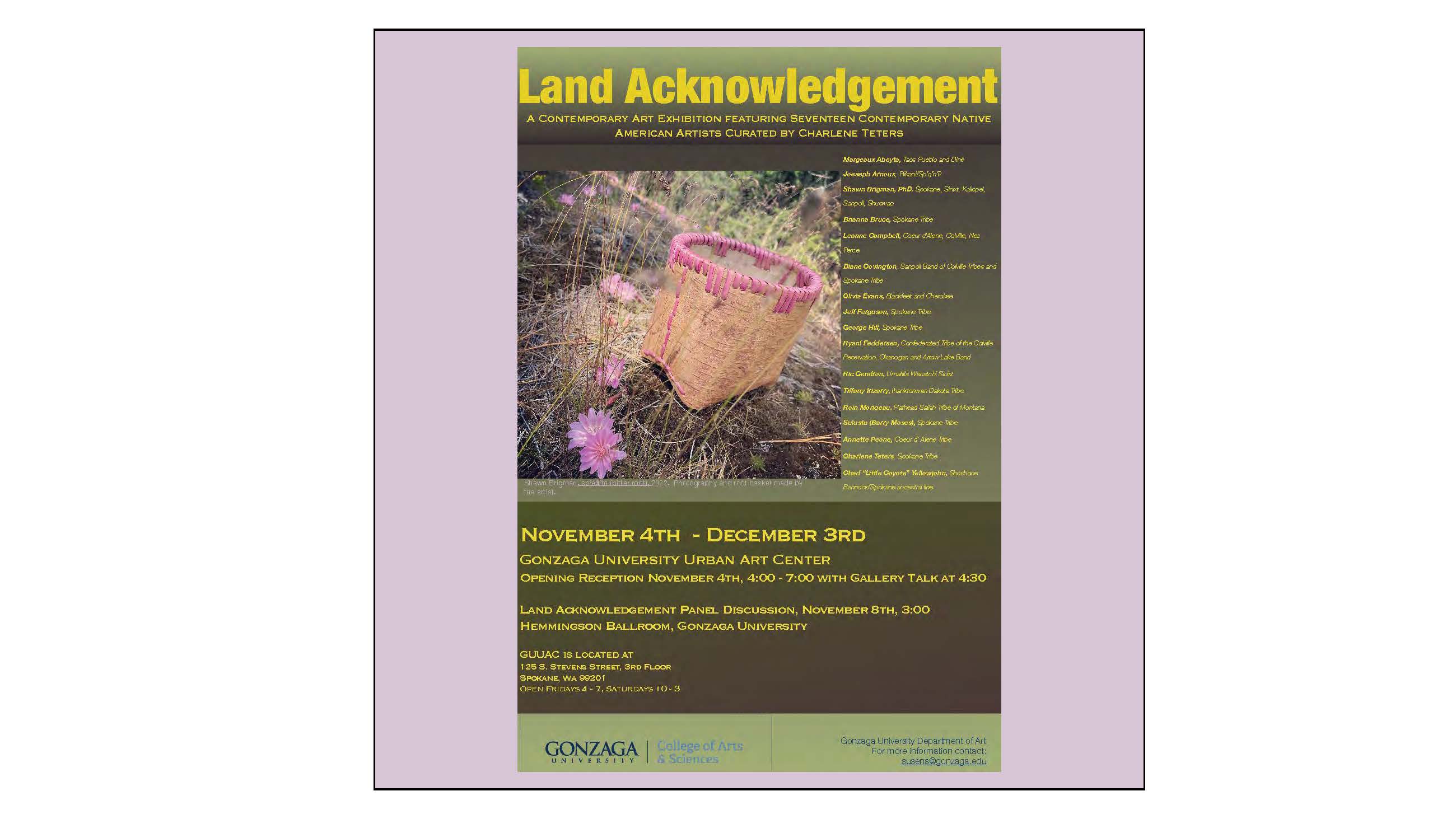 This event is sponsored in part by Gonzaga's Native American Studies Program and the William L. Davis, S.J. Lecture Fund.

For more information, please contact the Gonzaga University Department of Art at susens@gonzaga.edu .

Paulette Jordan, Documentary From the Campaign Trail Running For Governor of Idaho

Paulette Jordan will showed her documentary film from the campaign trail when she was running for governor of Idaho. She followed that up with a short talk and a Q&A.

Paulette Jordan, Idaho’s 2018 democratic gubernatorial candidate and first woman nominated to the position by a major party, is a proud member of the Coeur d’Alene Tribe. She is recognized in Idaho and across the nation as an inspirational and audacious leader. A descendant of Indigenous Chiefs, Paulette was raised to fight for the needs of her community and to protect the earth’s priceless natural resources. Growing up on a north Idaho farm and learning from her elders about land cultivation and preservation, she developed a strong connection to Idaho’s land and the people who share it. In 2008, after graduating from the University of Washington, Paulette returned home to Idaho and became the youngest person elected to the Coeur d’Alene Tribal Council.

History of the Spokane Tribe of Indians

We walked through 250 years of Plateau history in the footsteps of Spokane tribal people as they encounter traders, missionaries, soldiers and others arriving from far off lands. 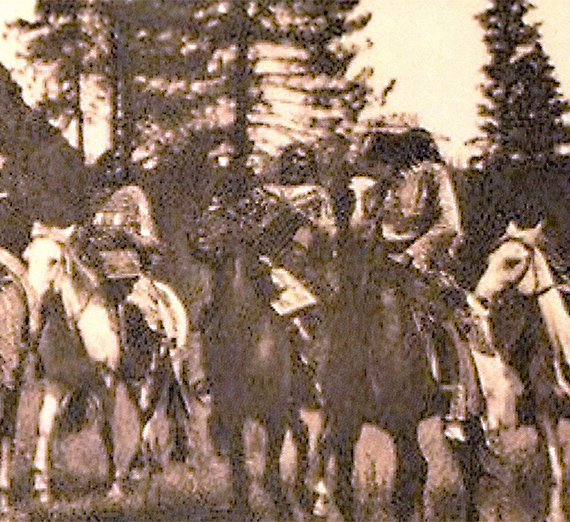 Instead of Red Face: An Evening with DeLanna Studi

Join award-winning actor and activist DeLanna Studi (Cherokee) for short performance pieces and a discussion of the importance of Native voices directly represented in all levels of storytelling. #Insteadofredface illustrates the Native and Indigenous artists who are writing/performing Native/Indigenous stories.

DeLanna Studi wrote and directed And So We Walked: An Artist’s Journey along the Trail of Tears, which opens March 31, 2018 at Portland Center Stage at the Armory. Studi has performed in numerous television, film, and theatre roles, is a member of the Artists Ensemble for Native Voices at the Autry, and mentors artists of all ages.

February 26, 2017
Wolff Auditorium, Gonzaga University
This event is free and open to the public.

Instead of Red Face: An Evening with Mary Kathryn Nagle

Join playwright/activist/attorney Mary Kathryn Nagle (Cherokee) for short performance pieces and a discussion of the importance of Native voices directly represented in all levels of storytelling. #Insteadofredface illustrates the Native and Indigenous artists who are writing/performing Native/Indigenous stories.

Mary Kathryn Nagle has written numerous plays and has two plays in production in 2018, Sovereignty at the Arena Stage in Washington, D.C. (on now), and Manahatta at the Oregon Shakespeare Festival (opening April 1). She also recently received a United States Artist Award, a prize given in recognition of an artist's contribution to their discipline.

March 19, 2018
Wolff Auditorium, Gonzaga University
This event is free and open to the public.

#InsteadofRedFace is sponsored by: Gonzaga's Native American Studies Program, the Departments of History and Women's and Gender Studies, DICE (Diversity, Inclusion, Cultural Engagement), the Center for American Indian Studies, the Faculty Senate Speakers Series, and the College of Arts and Sciences Deans Office.

“They Are Always at the Front: Native American Soldiers in the Great War,” Ryan Booth (Upper Skagit)

"Weaving Native American Plateau Art into the Fabric of Spokane: A Town Hall Event,” in collaboration with Artist Trust

“Living in History: For Indian Country the 2016 Election Will Be One for the Books,” Mark Trahant (Shoshone-Bannock)

“According to Coyote” Salish School of Spokane event

Want to connect with the Native American Studies Department?