Before attending an in-person event, please be sure to review the Campus Visitor guidelines. You can find a map of campus here and information on parking here. Only the northwest door of the John J. Hemmingson Center will remain unlocked.

January 30 - Is Geoengineering a Suitable Tool for the Climate Toolbox? 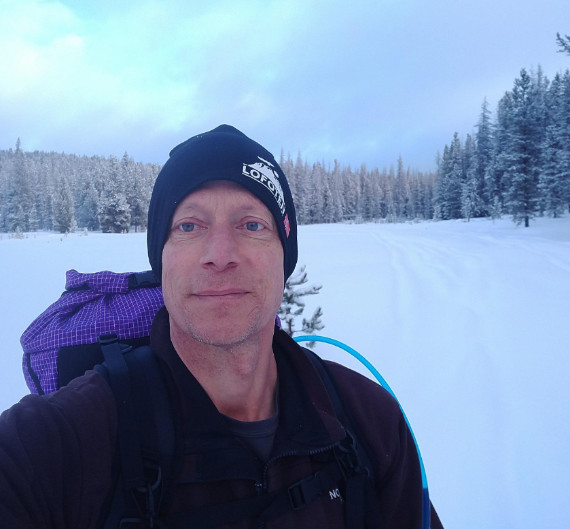 Emissions reduction, adaptation, and the development of new technologies are all part of the climate toolbox. But is there also a place for global-scale technologies to push back against climate heating? Geoengineering by reflecting incoming sunlight is one tool that has been proposed. This lecture will consider some arguments for and against geoengineering at a time when climate concerns are intensifying.

About the speaker: Christopher J. Preston is the award-winning author of The Synthetic Age: Outdesigning Evolution, Resurrecting Species, and Reengineering Our World. His work looks at how contemporary developments in technology and ecology are changing how humans view their surroundings. He has written for The Atlantic, Smithsonian Magazine, and The BBC. His latest book, Tenacious Beasts: Wildlife Recoveries That Change How We Think About Animals investigates a number of recovering species and asks what they have to teach us. 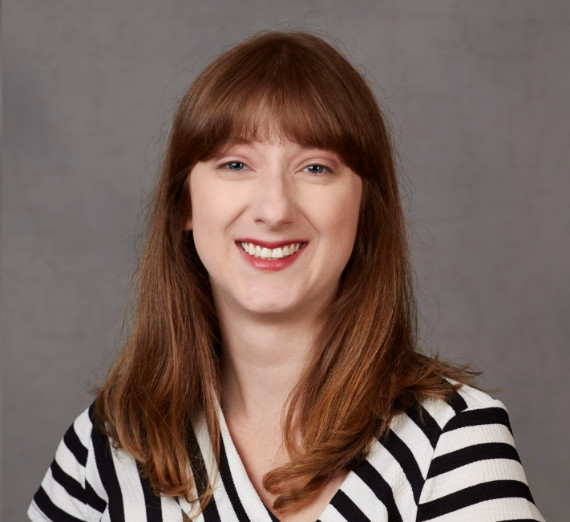 Despite the scientifically established threats of climate change, there remains a segment of the U.S. population that is skeptical of the scientific consensus on climate change. Many scholars view the Christian community and its ties to conservative ideologies, as an obstacle to environmental action. Rather than thinking of Christians or climate skeptics as single unified groups, it is essential to recognize variations in interpretations that foster different environmental conclusions. By analyzing the complexity Christian environmentalism, we can better tailor our communication strategies to engage in ethical and productive ways.

About the speaker: Emma Frances Bloomfield (PhD, University of Southern California) is an Associate Professor of Communication Studies at the University of Nevada, Las Vegas. She is a rhetorician who studies environmental communication and scientific controversies. Her book, Communication Strategies for Climate Skepticism: Religion and the Environment (2019) was published in Routledge’s Advances in Climate Change Research series.

February 24 - Confessions of a Recovering Environmentalist 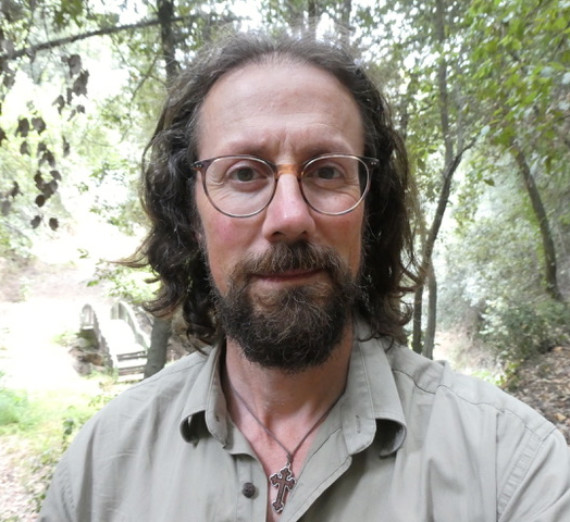 Using his book Confessions of a Recovering Environmentalist as a jumping off point, Paul will explore the interplay of sustainability, environmentalism, faith and imagination. In his collection of essays, Confessions of a Recovering Environmentalist, he discusses the disillusion that drove him from goals such as sustainability to a radical “dark ecology,” dedicated to preserving the wild for its own sake and how the operates from a perspective of enchantment and faith.

About the speaker: Paul Kingsnorth is an English writer and thinker. He is a former deputy-editor of The Ecologist and a co-founder of the Dark Mountain Project. He lives in the west of Ireland. He has written over 10 books, countless essays and spoken across the world on environmental issues Early in life, he became involved in the Dongas road protest group at sites including Twyford Down, Solsbury Hill, and the M11 link road protest in east London. After chaining himself to a bridge alongside fifty others, Kingsnorth was arrested, an event that solidified the importance of protest for him. He has subsequently worked as commissioning editor for openDemocracy, as a publications editor for Greenpeace and, between 1999 and 2001, as deputy editor of The Ecologist. He was named one of Britain's "top ten troublemakers" by the New Statesman magazine in 2001. In 2020, he was called "England’s greatest living writer" by Aris Roussinos. He was one of the founders of the Free West Papua Campaign, which campaigns for the secession of the provinces of Papua and West Papua from Indonesia, where Kingsnorth was made an honorary member of the Lani tribe in 2001.

March 9 - Caring for our Common Home, in This World and with This Climate 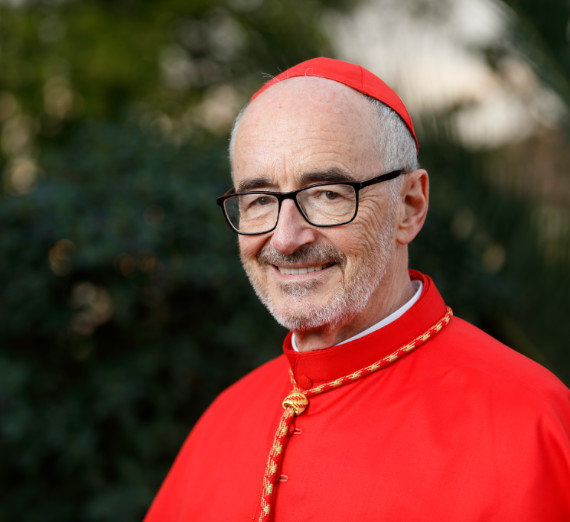 Cardinal Michael Czerny, Pope Francis’ choice to lead the Catholic Church’s efforts to address the climate crisis and become a better caretaker of the planet, will travel from Rome to speak on “caring for our common home.” With climate-related disasters happening throughout the world, and disproportionately affecting the globe’s most vulnerable, Pope Francis introduced the idea of an “ecological conversion” for humanity to protect the Earth in his 2015 encyclical Laudato Si’: On Care for Our Common Home. Czerny, who graduated from Gonzaga in 1968, oversees the Catholic Church’s efforts to assure humanity’s ability to live in dignity. His work involves not only the science of climate change, but migration patterns, social services, global economics and more.

About the speaker: Cardinal Michael Czerny, S.J. (Gonzaga class of ‘68), is Prefect of the Vatican Dicastery for Promoting Integral Human Development. His talk at Gonzaga will explore the intersections between faith, climate change, and Gonzaga's role in caring for our common home. Cardinal Czerny is uniquely qualified to tackle the complexities of the climate crisis, as he has worked on complicated and urgent issues for the Church since being ordained as a Jesuit priest in 1973. Early in his career, he assumed the director’s role of the University of Central America’s Institute for Human Rights after his predecessor was one of six priests murdered in El Salvador. He later worked with the United Nations in mediating an end to that country’s civil war. In 2002, he founded the African AIDS Network, leading the organization for nine years in coordinating efforts in nearly 30 sub-Saharan African countries to provide health care, education and social services for victims of HIV/AIDS, channeling funding from a multitude of foreign sources in the process. In 2016, Pope Francis assigned Cardinal Czerny a major role in working with migrants and refugees around the world. 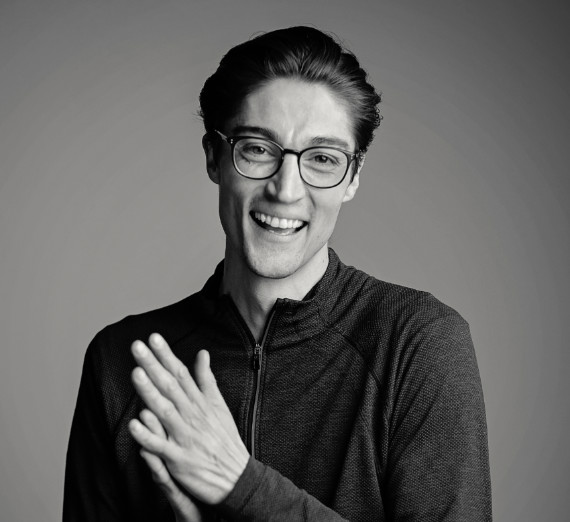 As communities across the nation experience changes to weather patterns, the ability for utility infrastructure (water, internet, and energy) to recover appropriately from storm events is facing unprecedented challenges. Rethinking the way we design and operate basic utility presents an opportunity to build resilient infrastructure. The sidewalk retrofit design concept presented challenges current transportation practices, with the inclusion of bi-facial solar, low frequency broadband, and innovative green infrastructure practices that provide communities with proactive, rather than reactive, utility management solutions.

About the speaker: Advocate for the Laudato Si' and Fratelli Tutti Encyclicals, the United Nations Sustainable Development Goals, and the integration of decentralized utility in the face of a changing climate. Kevin is currently focused on development of a unique integrated utility management system intended to prevent the flooding and pollution problems in urban, suburban, and rural neighborhoods while providing resilient utility infrastructure for communities impacted by climate change. 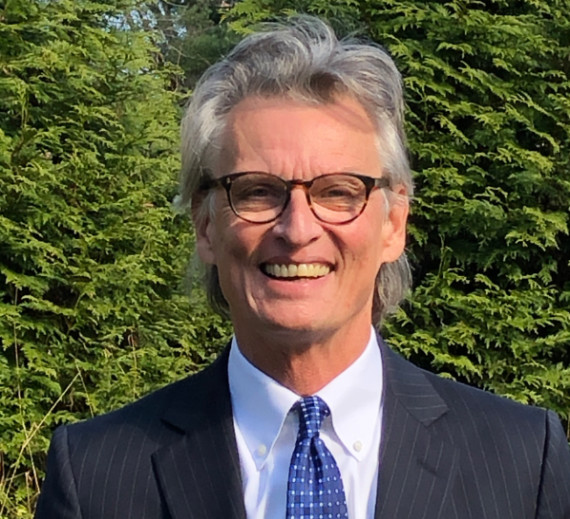 The world is currently in the midst of a global energy transition of historic proportions. Countries around the world are moving from high carbon to low carbon energy economies. Reasons for the accelerated adoption of renewable energy sources include economic prosperity, climate change, environmental sustainability, and security. The transition to a new and disruptive suite of renewable energy technologies will result in a consequential redistribution of economic, political, and social power. We will discuss how our policies and actions addressing global climate change and the energy transition invariably address the perennial themes of social and political thought: justice, equity, virtue, and liberty, and we’ll explore the potential of renewable energy serving as a midwife to greater social justice, economic equality, and a flourishing democratic culture.

About the speaker: Dr. Griffin Thompson recently retired from the U.S. State Department where he specialized in climate change and renewable energy diplomacy and served as a US Lead Climate Negotiator and Director of the Office of Renewable Energy and Energy Efficiency. Before the State Department, Thompson was Director of the Office of Energy at the U.S. Agency for International Development (USAID); Executive Director of the International Institute for Energy Conservation (IIEC); and Senior Policy Analyst at the National Renewable Energy Laboratory (NREL). Mr. Thompson was also an adjunct professor at Georgetown University and the U. of Maryland. Dr. Thompson has a Ph.D. in Political Philosophy from Georgetown University and a B.A. in English from Gonzaga University.