Justice in January: Humans of Tijuana

Members of the Justice in January team to San Diego and Tijuana had a number opportunities to learn about and serve with local humanitarian agencies. Here are a few stories.

After spending some time in Tijuana taking in all of the sights, sounds, and eating some of the best tacos I have ever had, we headed to Casa de Migrante to share a meal with people who were recently deported. This non-profit provides shelter to deportees who tried to cross into the United States. They can stay for up to two weeks figuring out what they are going to do next, weather to try to cross again (many do), or to try to build a new life in Tijuana or elsewhere.

We had the opportunity to talk to these people and hear their stories. One man had lived in the U.S. for many years working as a construction worker in D.C. before being sent back to Mexico. It was such a heartbreaking yet incredibly eye-opening experience to hear about their lives. I was incredibly stuck by the vast differences between my life and theirs; it was so humbling.

I tried to have conversations about everyday life using some of the little Spanish I have retained, but I came to realize that universal activity of sharing of a meal could transcend any language barrier. I felt and continue to feel grateful to be able to share beans, tortillas and lemon cookies with these men. 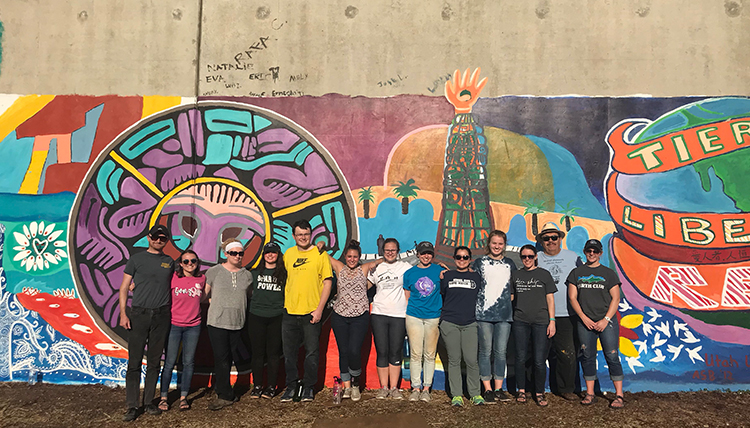 The American Friends Service Committee is an organization that promotes a relationship between the United States and Mexico, promoting the idea of “security based on friendship not fear” between the two nations.

We spent the day with Pedro at Friendship Park in San Diego. Where many organizations focus on food and clean water or improving Mexico’s economy, the American Friends Service Committee focuses on immigration and border law policy. The San Diego office itself has a much stricter focus on border law. Its two primary goals are to deter misconduct toward immigrants and to assist the community members who have suffered from abuse. The AFSC collaborates with Border Patrol, oversees the Border Church and Friends of Friendship Park, and together, these organizations mediate family events between those with citizenship and those who cannot cross the border. 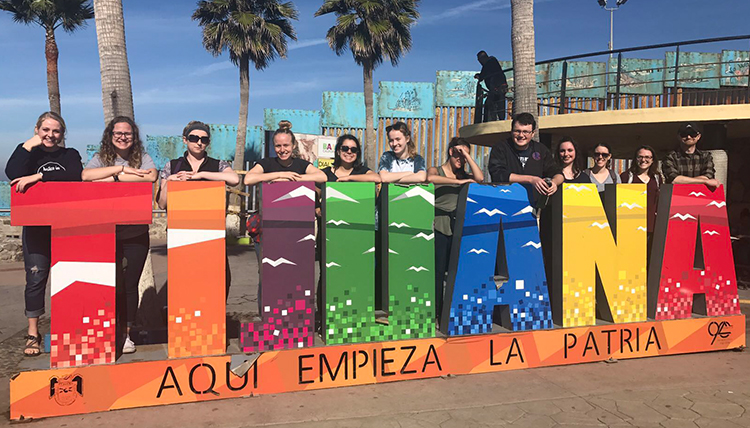 The mission statement of the Deported Veterans Support House reads, “The mission of the Deported Veterans Support House in Tijuana is to support deported veterans staying at the ‘Bunker’ on their path to self-sufficiency by providing assistance in the realms of food, clothing, and shelter as they adjust to life in their new country of residence. Ultimately, we hope to see an end to the need of our services as we advocate for political legislation, which would prohibit the deportation of United States Veterans, both former and current. We advocate for Veterans & their families.”

When the San Diego section of Justice in January met with Deported Veterans this is exactly the message Founder Hector Barajas communicated. Hector served with the 82nd Airborne and was deported in 2004. Since then, he has diligently worked to support and create community for deported veterans. He has also called attention to the lack of legislation that would prevent veterans from being deported in the first place.

The Deported Veterans House has met over 100 veterans who have been deported to more than 30 different countries of origin. Our group was extremely grateful for the time and energy Hector Barajas took out of his day to talk with us. 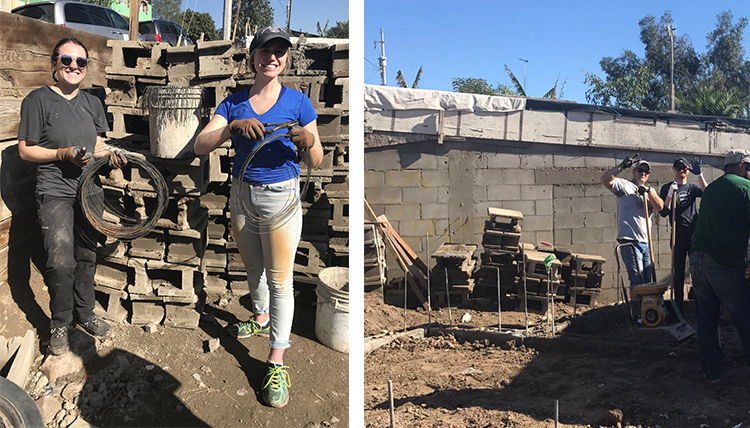 One of my highlights from the trip was being able to work alongside an organization called “Esperanza International” (http://esperanzaint.org). Esperanza aims to build houses to support families transitioning out of poverty. Its stands out from other similar organizations by the intentionality and sustainability of its model. It ensures that the families go through an application process, save money for a year, and actually purchase their own land and materials. After this process, volunteers of Esperanza and a couple full-time workers do the labor for the families.

We were able to contribute to laying the foundation for the house, which involved a lot of digging. The beautiful family composed of a couple and their three-year-old son, Manuel. They were so generous to cook us a deliciously nourishing lunch served with refreshing juice. After stuffing our faces, we finished our work with full bellies, sore muscles, and grateful hearts. I loved Esperanza’s mission and the people who worked there and I wish the best for this family and their new home. 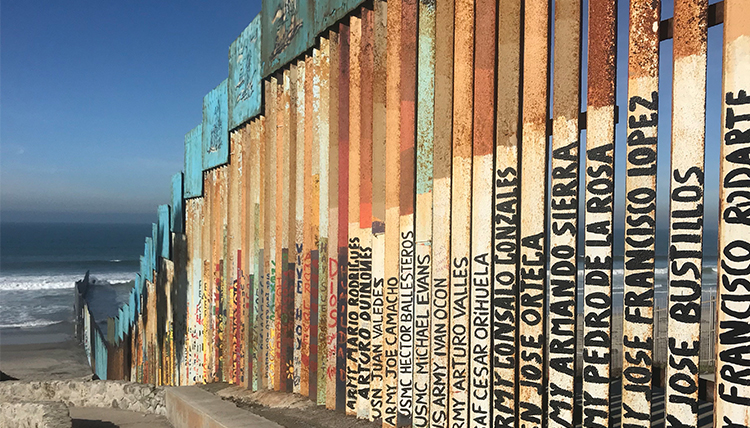 Battle at the Border

A Person Cannot Be Illegal