Both Justice in January teams – one at the San Diego / Tijuana port of entry and one at the Nogales, Arizona / Nogales, Mexico port of entry – had opportunities to visit with the Office of Border Patrol to hear from agents about their roles as “Guardians of the borders, America’s frontline.” Following are two student reflections.

I don’t think anyone in our group came into Border Patrol with a positive perception. For me, I had watched John Oliver lambast Trump's executive order on why adding more Border Patrol agents would only add more corruptions and bad agents. (Border Patrol agents are twice as likely to be terminated for poor behavior than the next worse group, prison guards).

But, when we arrived at the Tijuana office, we were painted a drastically different picture. Few of us realized how dangerous the job was. Agents we met had been injured several times throughout their career. Also because of a lack of numbers, Border Patrol agents must ride by themselves, leading to many dangerous situations, as they do not have immediate backup.

One powerful moment consisted of the agents discussing why they joined the Border Patrol. One man said hard drugs and illegal workers taking cheap wages and jobs had devastated his small Texas town. They showed us many pictures of the drug trafficking that goes across the border through intricate tunnels and various routes so they can sell illegally to Americans. We also took a tour in between the walls where they patrol. It was very interesting seeing various areas and how people try to slice through the 20-foot fence that is the last line of defense into the States. This led to good discussions about how we can help implement some possible solutions.

It's easy to blame the one who carries out the order. People angrily refuse to tip the waiter because they got fish, not chicken, when really, it's the chef who was cooking. Waiters merely deliver what the chef prepared. The same is true with our perception of Border Patrol.

People become frustrated with officers because they are harsh on undocumented migrants, when really, the Legislature has been cooking the rules. Border Patrol merely delivers what the Legislature prepared.

We learned as children that blaming someone for another person's action doesn't work. Let's stop blaming our immigration issues on Border Patrol and start blaming ourselves. As citizens of a democracy, we are all at fault for our broken system. How to fix it?

Volunteer for organizations that advocate for laws our country needs.

That organization doesn't exist yet? Create it.

Make noise. The only way a democracy works is when the people devote their time, talent, treasure and tongue to the nation they aspire to be. 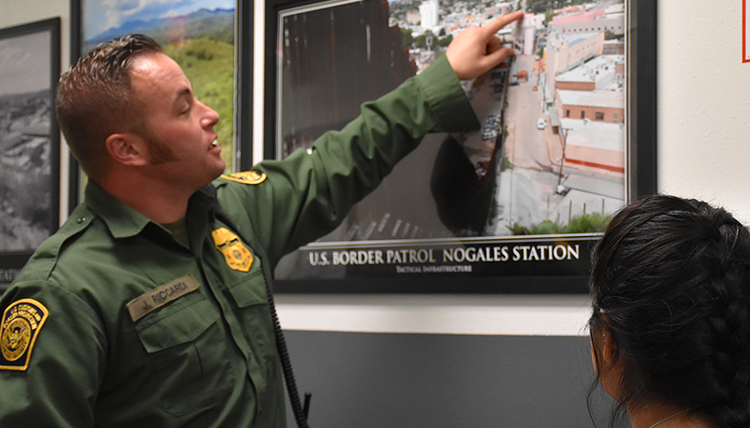 Battle at the Border Justice in January