Justice in January: A Person Cannot Be "Illegal"

The word “justice” is a very interesting word. It can be defined in so many ways, and can look different depending on whom you talk to.

During the daily proceedings of Operation Streamline, approximately 70 individuals stand before a judge and face two options. They can plead innocent and face felony charges and up to 20 years in prison, or they can plead guilty to the misdemeanor of illegal entry and receive up to six months of jail and immediate deportation once released.

In the span of about two hours, we watched over 60 human beings plead guilty. I was in shock, and became numb as time and people passed.

How could a decision on all these lives be made in only two minutes? 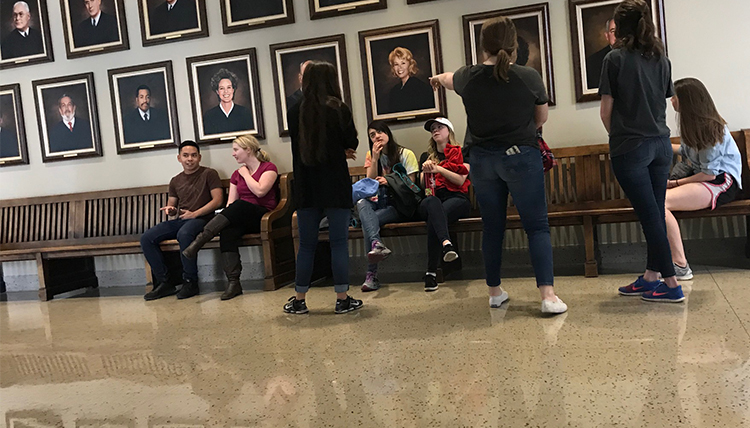 These people all had stories that seemed irrelevant once they stepped in front of the judge. Some of them may be fleeing the violence in their home nation, some have children, wives and families that are dependent on them for survival, and all of them have a story.

In that moment they became voices that only answered questions that would change their life with “yes,” “no,” and “guilty.” It was as though that they lost their human dignity and worth the moment they entered this nation.

It is very easy to label these humans as “criminals” or “illegals.” People should not be labeled as “illegal.” Their acts are what are illegal, not their person. A person cannot be “illegal.”

In fact, most of these individuals had no criminal record prior to entering this country. Every single human being on this planet has infinite worth and dignity- regardless of his or her citizenship status. Watching these human beings go through an assembly line form of justice and get labeled as “criminal” in 120 seconds did not resonate as justice to me. It seemed like more of an injustice. These people are people who deserve to be treated as such.