The migration of animals is something shared by a variety of species across all ecosystems. Whether it is the migration of Balaenoptera musculus (blue whales) to warmer waters to raise their young or of Danaus plexippus (monarch butterfly) to evade frigid temperatures, the migration of animals from one area to another is hardly ever questioned…except for the migration of one species - Homo sapiens - more commonly referred to as humans. Our species has been migrating for as long as we know, from our origins in Africa to present day migration across international borders.

However, one thing has changed over time: the politicization of this movement. Something that started so simply has now become the center of a heated debate with repercussions that are impacting our fellow animals on earth.

As learned from our meeting with Sierra Club’s Borderlands program manager Dan Millis, attempts to disrupt human migration have extreme environmental implications. For example, giant fences interfere with nearly every local species’ natural migration patterns (from deer to jaguars, toads to bison) and block the flow of water during monsoon seasons. Lights have been installed that disturb the cycles of nocturnal animals, and border militarization has created unnatural paths in the desert that impact plant species. Migration is not new, but human interference is, and the impacts are resulting in grave effects for our fellow species. 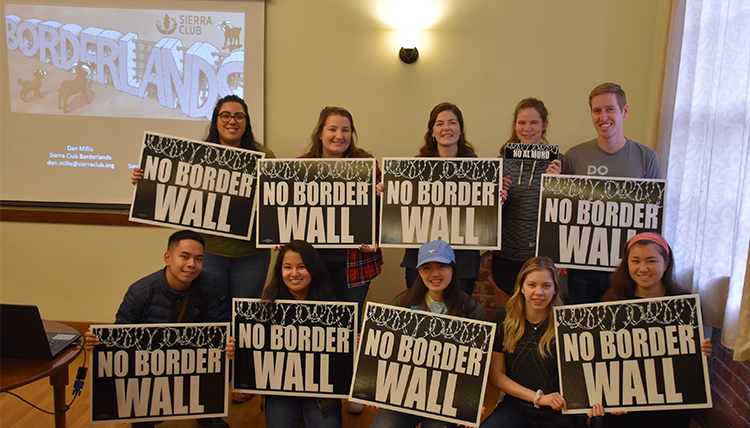 Read other Justice in January reflections:

Father Neeley and the Jesuit Experience