About the Climate Center

The last third of the twentieth century witnessed a shift in Earth-human relations. The human species now threatens Earth’s capacity to sustain life as we know it. At this pivotal moment in history all fields of human inquiry are called upon to collaborate in what the eminent cultural historian Father Thomas Berry of Fordham University called the Great Work of our era: to transition from a period of human devastation of the Earth to a period of sustainable Earth-human relations. The Jesuit commitment to justice adds the insistence that such ecological sustainability be marked by environmental justice for the poor and the vulnerable and care for creation. As Pope Francis reminds us in Laudato Si’, “A great cultural, spiritual and educational challenge stands before us, and it will demand that we set out on the long path of renewal.”

Founded in 2021, the Gonzaga Center for Climate, Society, and the Environment provides resources and opportunities to students, faculty, community members, and leaders in the inland northwest to meet the unprecedented challenges facing humanity and the wider natural environment in the 21st century. Such a vision is central to our identity as a Jesuit institution of higher learning. As Pope Francis writes, “All Christian communities have an important role to play in ecological education.” 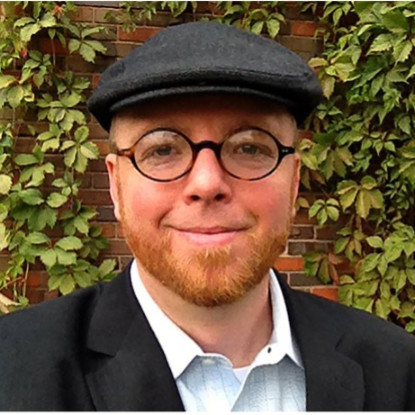 Dr. Brian G. Henning is the inaugural director and founder of the Gonzaga Center for Climate, Society, and the Environment. Originally from Boise, Idaho, Dr. Henning joined Gonzaga’s faculty in 2008 and is a Professor of Philosophy and Professor of Environmental Studies.
He earned a B.A. from Seattle University and an M.A., M.Phil., and Ph.D. from Fordham University.

An award-winning author, Dr. Henning has written or edited more than 10 books and 35 articles and chapters, including Riders in the Storm: Ethics in an Age of Climate Change (Anselm 2015) and Climate Change Ethics and the Non-human World (Routledge 2020).

He has delivered more than 150 talks to general and academic audiences in North America, Europe, and Asia.

Professor Henning can be reached at henning@gonzaga.edu. For more on his work, visit https://connect.gonzaga.edu/henning.

The Gonzaga Center for Climate, Society, and the Environment provides resources and opportunities to meet the unprecedented challenges facing humanity and the wider natural environment in the 21st Century.

Informed by an abiding commitment to a just society and care for the planet, the Center for Climate, Society, and the Environment serves Gonzaga University and the broader regional communities by promoting innovative, interdisciplinary scholarship, teaching, consulting and capacity building on the climate, society and the environment.

ClimeTime is facilitated by the Office of the Superintendent of Public Instruction (OSPI) and funded by the WA State Legislature.

The Gonzaga Climate Center is partners with OCCRI.

AASHE Centers for Sustainability Across the Curriculum

Our Climate Center is recognized by AASHE as a National Center for Sustainability Across the Curriculum.

USCAN is a vital network for 190+ organizations active on climate change.

Research solutions to both mitigate our contribution to climate change and help make our community more resilient in the face of these changes.

The Spokane Climate Project assesses the science of climate change and its impact on Spokane now and throughout this century.