Think back to your educational journey and how many times others showed up for you. In those moments, great memories were built, relationships forged, and vital lessons learned. Capturing that energy was what fueled the inspiration for the Zag Nation Classroom in the John and Joan Bollier Family Center for Integrated Science and Engineering.

Typically, the generosity and impact of individual Zags are honored by placing their names on campus spaces. The Zag Nation Classroom is different, in that it is funded by the collective and honors the impact of the entire community. Donations of all sizes came in through the Project Zag$tarter crowdfunding platform along with special messages from alumni, families, friends, faculty and staff with a passion to see the next generation of Gonzaga-educated science and engineering professionals succeed.

Jimmy Sherman’s (’17) experience as a student inspired him to join the more than 246 other Zags who donated to the Zag Nation Classroom project. 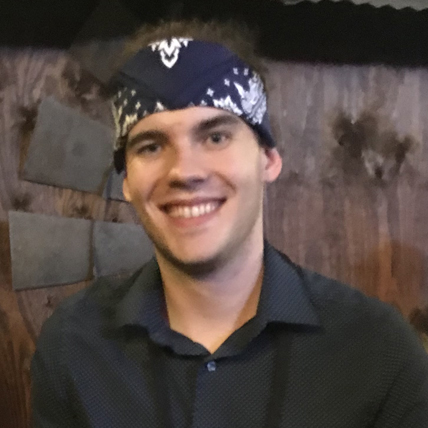 “I donated because I was a computer science major in the School of Engineering and Applied Science from 2013-2017,” he explained, “and I saw how Gonzaga could definitely use some upgraded facilities for the sciences and engineering. Gonzaga was a very special place for me, and I wanted future students to have just as good of a time as I did, if not better.”

After graduation, Sherman was hired by Fast Enterprises, where he is still employed to this day as a software consultant.

Karol Towns and her husband Ronald Wagner are Zag parents who chose to support the Bollier Center based on the experience their son is currently having.

“Our son, Jules, is a happy and engaged junior in the engineering program at Gonzaga,” Karol said. “We know that most people are familiar with Gonzaga because of the basketball team, but we firmly believe that soon Gonzaga will be known for its outstanding STEM programs, too.”

It was the collaborative spirit at the core of the Bollier Center’s purpose that inspired George Miyata (’10) to contribute. 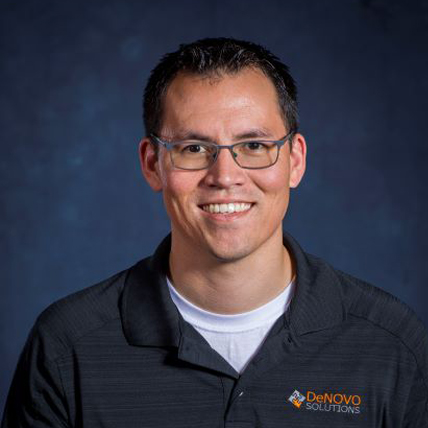 “I truly believe that today’s problems are complex,” expressed Miyata, “and the more perspectives we bring across engineering, science, and the arts, the better the solution will be at approaching the root of the problem, such that more people can benefit together.”

Miyata took the bachelor’s degree in mechanical engineering he earned from Gonzaga to the University of Colorado, where he graduated in 2012 with his master’s in aerospace engineering. Together with his wife Nicole and their two young children, Miyata lives in Colorado, where he is a systems architect and program manager for DeNOVO Solutions, leading multiple diverse teams developing cutting-edge software and innovative research in artificial intelligence and machine-learning solutions.

Emily Bodenbender (’22) was a first-year Zag when her parents made a gift to support the Zag Nation Classroom. Her mother Ramona said at the time, “We are so grateful for this wonderful university.” 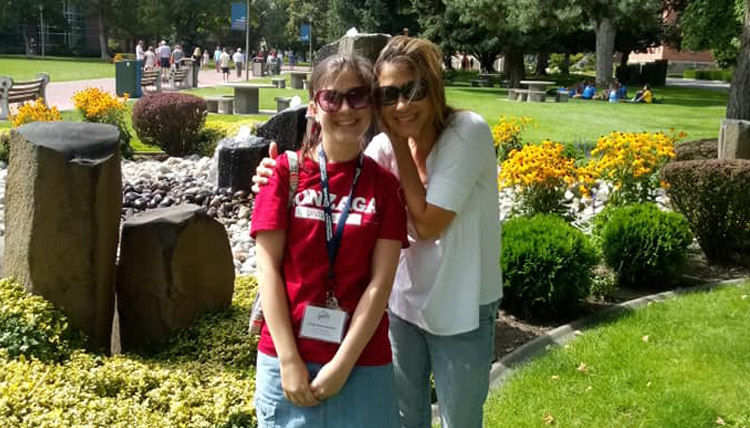 In a recent interview Emily added, “I am excited about seeing the growth of STEM programs at Gonzaga.” It was the knowledge that Gonzaga had placed a high priority on enhancing those opportunities that inspired Emily to choose Gonzaga over the other schools she was considering. She is currently studying computer programming and has interest in the medical field — specifically, biomedical engineering.

The community spirit for which Gonzaga has become so well-known is what motivated Troy Aitken (’17) to donate to the project. He shared about the people who showed up for him as he studied civil engineering at Gonzaga:

“I was inspired to provide this gift because of everything that the Gonzaga community provided to me, during and after my time on campus,” said Aitkin, who was hired to work for Swinerton Builders by 2010 Gonzaga graduate, John Ciepiela. Aitken continued, “I am forever grateful for the experiences, lessons, and friendships gained along the way. My hopes are that this building helps to grow the community and campus in a positive way and develops a state-of-the-art facility that not only draws in good people, but also gives them a chance to feel at home, grow, learn, and be creative.” 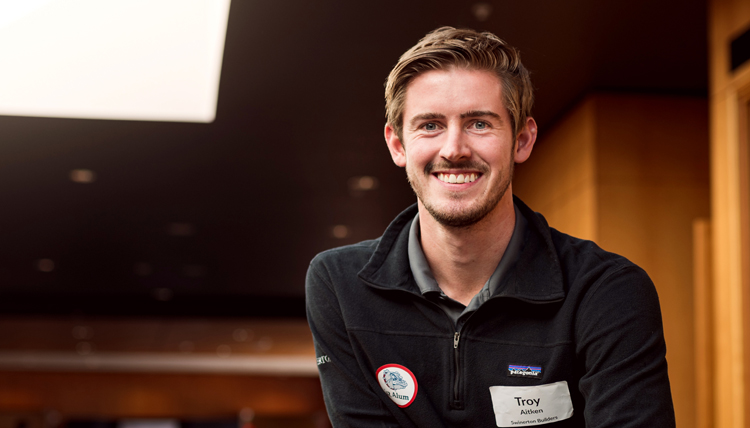 For Megan Murray (’22), a biology major and supervisor of the student outreach team in University Advancement (UA), the Zag Nation Classroom represents her favorite thing about Gonzaga.

“Everybody says it’s ‘the community,’ that’s their favorite, but it’s true — I feel very welcome here and like I can reach out to anyone at any time,” Murray said with a smile. “I’ve had the chance to talk with some of the donors who are making contributions to the Zag Nation Classroom and it’s great that so many Zags want to help out and be involved. It’s a cool shot to have to know that even a $10 gift can have such an important impact.” 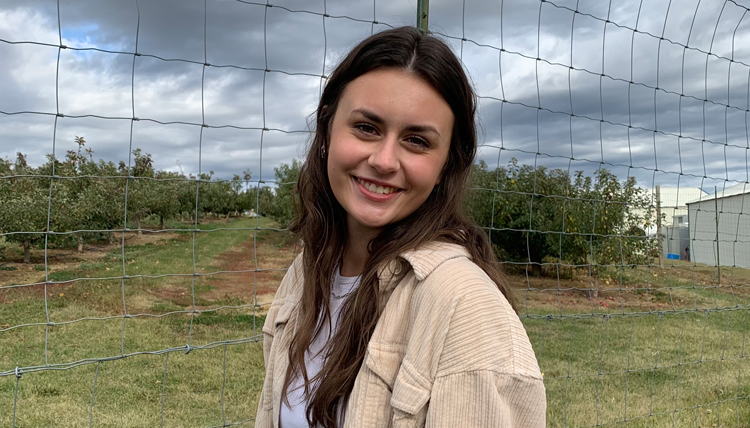 Expecting to graduate in the Spring, Murray has plans to continue her education toward a career as a physician’s assistant. In addition to her studies and work in UA, she also works as a nursing assistant at Touchmark on Spokane’s South Hill. Murray is looking forward to the opportunities the Bollier Center will provide to science majors like herself.

“There are going to be more resources and lab spaces available,” explained Murray, “which will let us explore new things and empower professors to do projects they’ve been wanting to but haven’t had the space.”

Another perspective on what Gonzaga community support for STEM through the Bollier Center will mean to students comes from Megan Giacobbi (’23) — a Zag who is excited for the cross-disciplinary collaboration the facility will enable. 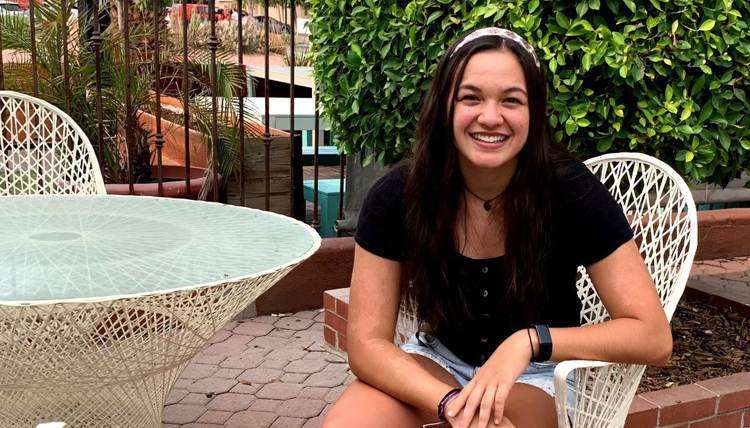 “Being a mechanical engineering major hoping to go into a more biological application of my field, I’m interested to see what opportunities will unfold having science and engineering professors working more closely together,” said Giacobbi, a member and officer of Gonzaga’s Society of Women Engineers, who spent her summer in South Carolina participating in an undergraduate research experience program with students from around a dozen other schools. “Having so many people from the community come together on the Zag Nation Classroom is a huge testament to and reflection of what Gonzaga is all about.”

You can contribute to the Zag Nation Classroom today — and thanks to the generosity of some committed Zags, your donation will be automatically doubled for twice the impact.
Give now
Share Story