A white Gonzaga professor helped inspire Stefan Bradley (’96) toward a career in academia and, eventually, to a focus on the Black experience in Ivy League schools.

The late history professor Tim Sarbaugh, to help Bradley improve his writing for graduate school, had Bradley each week read a book and write a five-page paper on it, which he would critique.

“This, to me, was way outside of the bounds of what was expected as a professor,” says Bradley, now an African American studies

at Loyola Marymount University in Los Angeles. "I've always wanted to be like Tim Sarbaugh.”

Now established as a scholar in Black history, Bradley sees a need for his alma mater to redouble efforts to recruit Black students, faculty and staff.

“Racial equity has to be part of the strategic plan, it has to be part of the capital funding campaigns. Those things let people know that you're serious about it,” he says. “At this moment in time, there is no more space for the hope-wish-and-pray technique – that is, we hope they come, we wish they come and we pray they come. That's not enough at this time.”

of the African American Intellectual History Society, says he has focused much of his research on Blacks in Ivy League schools because so much had already been written about the poor, and because even Black students privileged enough to attend elite institutions struggled in their own right.

“Race is a factor everywhere, everywhere. So, even in terms of those Black students whose parents had been administrators at historically Black colleges and universities, their race was still a factor when they arrived at Harvard; that was no small thing for them,” he says. “It didn't matter how high they were in their own Black community. When they arrived at Harvard, they were Black first and then they could be anything else.

So, this also tells a story in society — that you can do everything right, you can come from the right family, but in larger America, people recognize blackness first. So, that adds to the burden of achievement.” 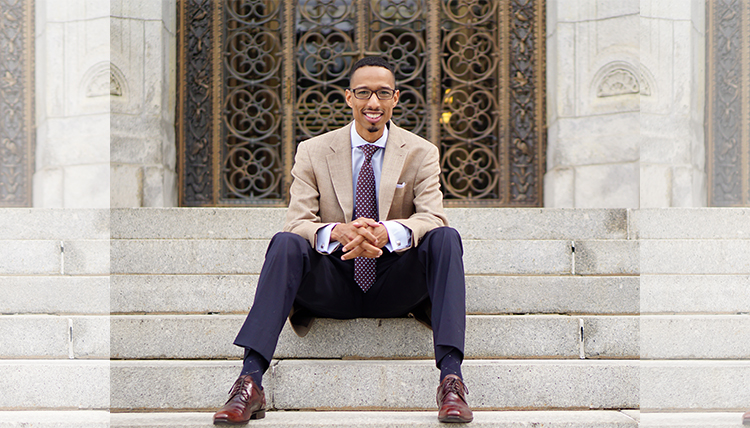 His latest book, Upending the Ivory Tower: Civil Rights, Black Power and the Ivy League, won the 2019 Outstanding Book Award from the History of Education Society. It details the progressive efforts of Black people at eight elite universities during the postwar era to desegregate campuses and “decolonize knowledge.”

Bradley says he participated for a year in demonstrations in Ferguson, Mo., following the 2014 police shooting death there of Michael Brown, and in protests in Los Angeles following the May 2020 death of George Floyd at the hands of Minneapolis police. He says those demonstrations changed Americans’ understanding of key facets of race.

“The activists in Ferguson, the activists all throughout the nation who were protesting the deaths of unarmed Black people, it created a new lexicon for America and for American institutions. And so, as a result, when George Floyd, when Ahmad Arbery, when Breanna Taylor, when so many others were killed, the lexicon had been set,” he says.

See where Gonzaga has been and where it's headed in the work of diversity, equity and inclusion.
Get Started

Milwaukee journalist Tom Kertscher is a freelance writer who also provides fact-check reporting for PolitiFact and sports reporting for Associated Press. Follow him at TomKertscher.com or @KertscherNews on Twitter.