Vibrations are one of the most prolific dynamic phenomena in the universe. Vibrations can cause accelerated fatigue in mechanical components, and so engineers often are tasked with controlling them.

Dr. Edmon Perkins, an assistant professor in the Mechanical Engineering Department at Auburn University, demonstrated aspects on nonlinear dynamics as it relates to orderly vibrations, in the context of musical instrument design – including tones carved into asphalt ‘played’ by car tires! Dr. Perkins also showed examples of his lab’s work in chaotic communications and energy location phenomena.

He received a Ph.D. in Mechanical Engineering from the University of Maryland, and was recently awarded a Young Investigator Award through the Office of Naval Research. 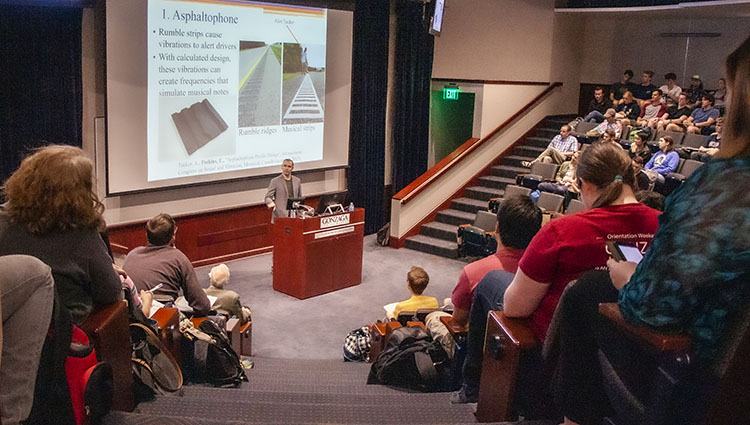