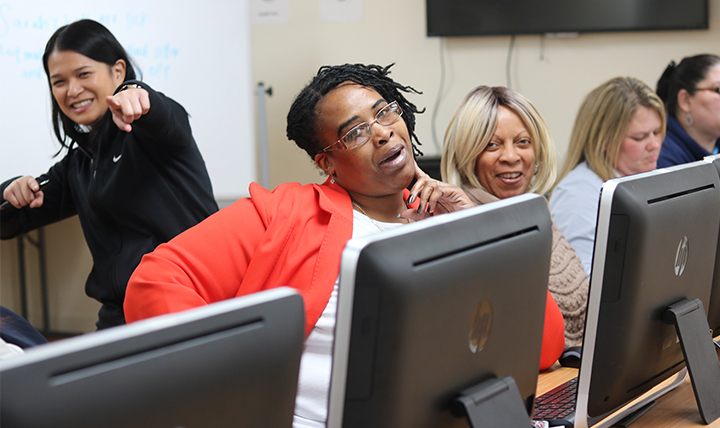 Surrounded by blocks of identical public housing projects in Queens, New York City, Hour Children’s office is tucked away in an unassuming brick building. Barred windows, graffitied walls and loose trash line the streets. Before arriving, I pictured the globally recognized, award-winning charity to have a clean, corporate and polished exterior. While touring their facilities, including a thrift store, food pantry, and housing, learning, and childcare centers, we met Johanna. Dressed in professional attire with a friendly smile, she warmly welcomed us to Hour Children. As a leader of the Hour Working Women Reentry Program, she helps formerly incarcerated women obtain internships and jobs. As she was explaining her role and her story, she revealed that she spent years in prison when she was younger. I did a double take. She had been a prisoner?

My stereotypes were quickly flipped on their heads as I learned that an organization is more than the appearance of its building, and a person is more than their past. As I spent more time with Hour Children, I found that the facilities and people held tremendous inner beauty that overpowered any stigma, and prisoners carry more stigmas than most. The black and white worldview that society pushes creates “us” and “them,” and “we” and “they.” We, the free, are good. They, the imprisoned, are bad. Once a criminal, always a criminal. But Hour Children doesn’t see it that way. 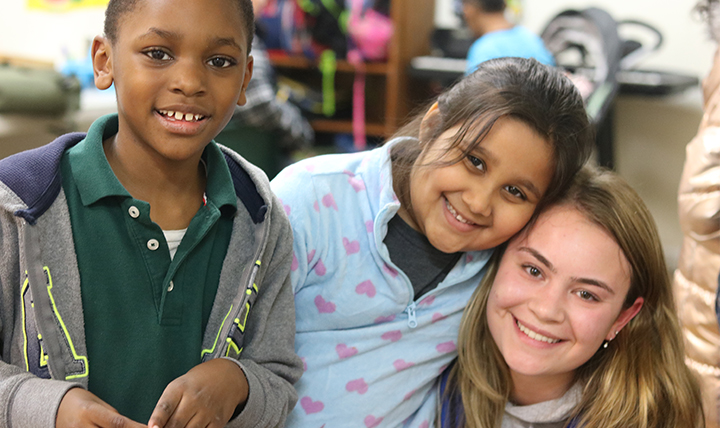 Leaders and participants realize that almost nothing in this world is black and white, and that hardly anything can be answered with a simple explanation. They believe that every person has a capacity for change. They offer housing and support to formerly incarcerated women and children, without a timetable. As long as the women are striving to better themselves, they can stay for as long as they want. Hour Children’s business model is risky. After all, most programs enforce hard deadlines and requirements for those they serve. Yet change takes time, and the timeline of change looks different for everyone.

Jesus implored his followers to “seek first the kingdom of God, and all these things will be added to you.” Hour Children took that message to heart, as metrics and numbers take a back seat to individual progress. But with community, love, and support as the standard, Hour Children has achieved tremendous success. Women in their programs are 10 times less likely to return to prison than the average female New York prisoner. Over a hundred women receive housing and gain the skills needed to thrive in the workplace. Most of all, the women and children receive and create kinship that transforms lives. 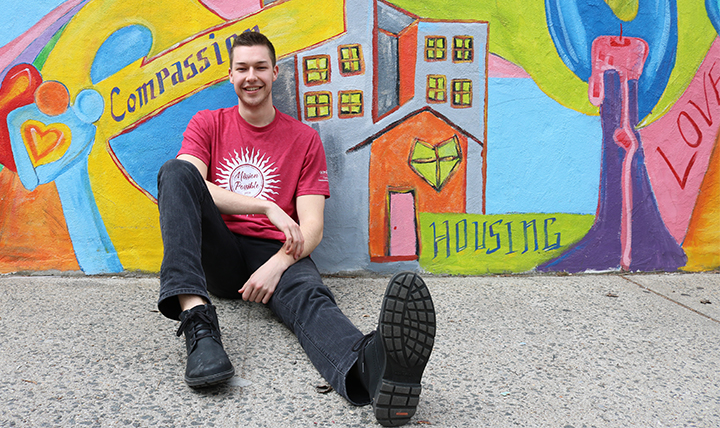 We met with Jennifer, whose upbringing scared her and set her up for failure, yet has the drive and tenacity to forge a new life. We spoke to Asia, an incarcerated woman at a maximum-security prison who is working toward her bachelor’s degree while still maintaining a strong relationship with her kids. We listened to Vanee, who while in prison formulated Hope House NYC, which provides housing, guidance, and community for formerly incarcerated single women. With every excuse to give up, these women held on. Love and community are their anchors, strong enough to withstand the fiercest storms.

Even after hearing their tales, the same questions kept pounding in my head. Why were they in prison? What did they do? I was subconsciously looking for a reason to judge them, to place them back in the criminal box. But the truth is that I don’t need to know what a person has done to love them. After all, I don’t let my mistakes define me. I offer myself grace when I don’t deserve it. I love myself when I don’t like myself. Yet I still condemn those who sin different, who look different, who act different. I do not know the depths of another’s soul, and so I have no right to judge, only to love. The people of Hour Children like to say, “Love makes the difference.” Love takes everything. It takes a merciful heart, a humbled ego, a new perspective. Love also gives everything. It gives a chance, a way, a hope. 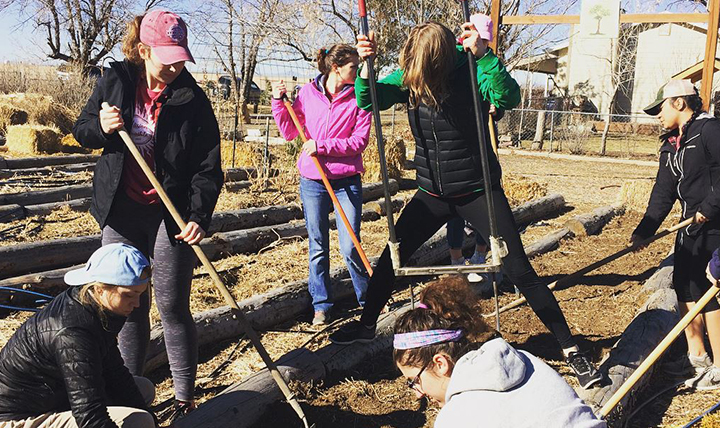 Sophia Telles (’18) spent Mission Possible in Knoxville, Tennessee, where she worked on home improvement and accessibility for vulnerable communities. 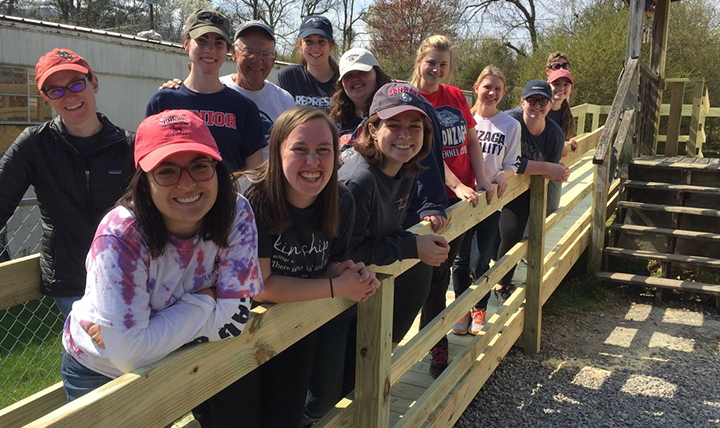 “’Why are you all here?’ our tour guide Wanda asks.

We are learning about the Civil Rights Movement, we reply.
‘No why are you, as humans, here on earth? Do you know?’
In silence, the enormous question hangs for a few seconds. I think back to the conversations we had prior to leaving for Montgomery. Our leaders had asked us what we hoped to get out of the trip, why we had chosen Montgomery.

Wanda broke the silence, ‘We are here to serve and love others. That’s it folks.’” 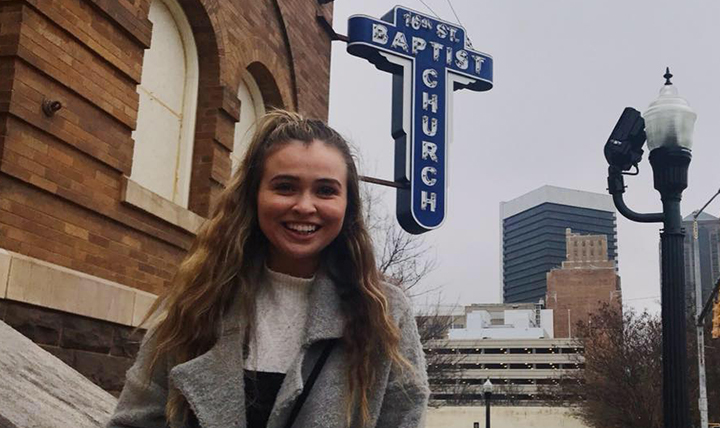 This excerpt is from a poem written by Ashley Sanchez (’22), who served at Hour Children in New York City. 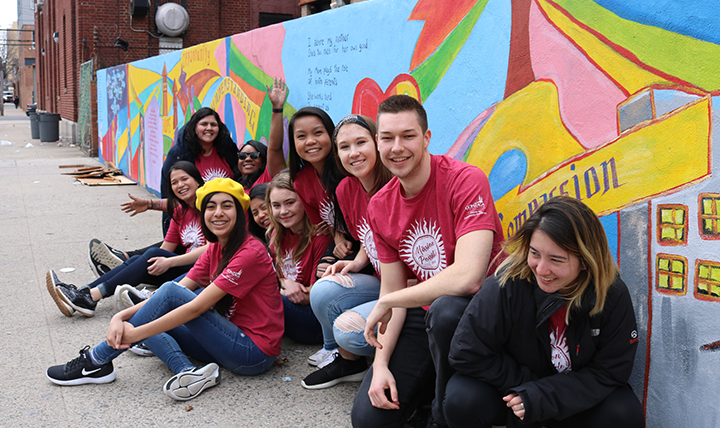