This is a reflection by sophomore Grace McElligott on CLP’s fishbowl event featuring Ben Sand. A fishbowl interview is a facilitated interview by members of CLP that audience members are able to observe.

The Comprehensive Leadership Program (CLP) interviewed Ben Sand, the Spring 2021 Leadership Fishbowl speaker on March 10. He serves as CEO of The Contingent, a venture non-profit focused on sparking and holding initiatives to empower leaders and mobilize community for the common good. In 2008, Ben founded Portland Leadership Foundation (PLF), a faith-based community organization, to both hold Act Six Leadership Scholarship program and incubate new initiatives in the city, like The Contingent. In his interview, he told the audience about his own leadership journey and the story behind his recently published book- A Kids Book About White Privilege. He also talked about how he navigates his work based on his identity and his advice for developing leaders in the CLP program as they find the “Courage to Continue”, the 2020/2021 academic year theme.

Since the second grade, Ben has been motivated to change the world. Today, he is an inspiring leader who is passionate about diversity, equity, inclusion, and his work at The Contingent.

His definition of leadership is, “the ability to create enough disequilibrium to change how people think and how people live,” and his leadership style focuses on taking the initiative to actually get things done. This was demonstrated when the pandemic hit, and Ben got a concerned call from the State of Oregon about making sure needs were met for kids in the foster care system. Within a few days, Ben alongside five other leaders at The Contingent launched “MyNeighbor,” a delivery system for families and children in need that won the award for the best COVID-19 response in the non-profit sector.

Along with his work in non-profits, after the murder of George Floyd, Ben was motivated to write an empowering book called A Kids Book About White Privilege. He wanted to talk to white children about their whiteness at a young age so the kids would understand that they have the opportunity to serve the world. In dealing with various responses to his book, he looks up to Jesus “when watching how He lived and taught, the vast majority of my leadership commitments come from His ethics.” 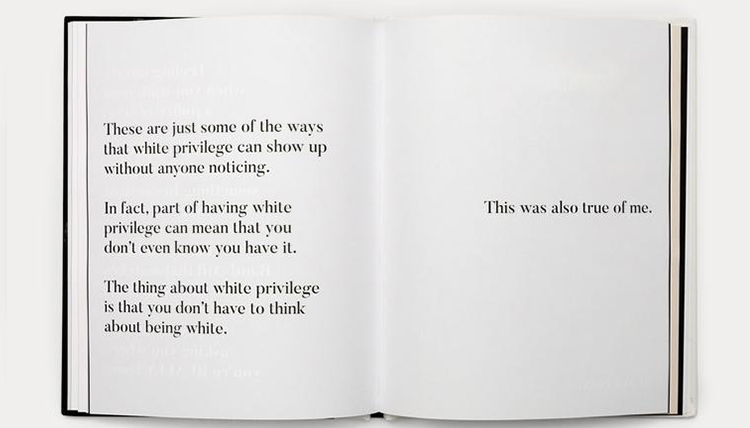 Much like Ben’s definition of leadership, Jesus upset everyone, or created disequilibrium, which made him a great leader. The responses from the children themselves after reading his book brings Ben so much joy.

Much like Jesus, Ben strives to stand in marginalized spaces and critique or stare down power structures. He explains that earning the right to be heard as a white male in communities of color includes demonstrating humility, recognizing white privilege, and having a willingness to give it up and use that privilege to serve others. In an increasingly diverse world, it is about the sacrifices that one makes, not for glory or praise. He says that it is not about you, it is about those you serve. He suggests that white people can use their privilege for good through protesting, taking tangible actions, and by getting the world to listen through a relational focused process where we push and energize one another. Focusing on personal networks and relationships is a great starting point.

Ben believes in adaptive solutions in which the community is always involved and thinks the world needs leaders who are willing to fail.  When asked about what this year’s CLP theme, “Courage to Continue,” means to him, he offered this advice to students: “The extraordinary is done through stringing together a series of ordinary days where you make no excuses.”

He encourages future leaders to pivot their attention to those around them and to consider leadership as consistently loving and caring for others.

Gonzaga to Host 'Americans and the Holocaust' Traveling Exhibition