How Did Hector and Yolanda Meet?

Joe Johston was one of the faculty members who accompanied students on a Justice in January trip to the US-Mexico border in 2019.

Yolanda is the founder of DREAMers’ MOMS, a support organization for mothers who have been deported from the United States. Hector operates the Deported Veterans Support House for U.S. military veterans, who have been deported from the U.S. After their chance encounter in Tijuana, Mexico in 2014, they began renting a space which has offered support to hundreds of veterans and mothers over the ensuing years.

How did they end up in Tijuana?

Yolanda was deported in January 2011. Yolanda had lived in the United States for 18 years prior to her departure. She was deported after calling the police because she was being physically abused by her partner. Yolanda did not think about her undocumented status before making the call. For the last eight years she has been attempting to obtain a U visa—for victims of substantial mental or physical abuse while in the U.S.—to see her two children again, who live in the U.S.

When Yolanda was deported she tormented herself with the thought: “I’m the only one.” Over the last near-decade, she has met and provided counsel and support for hundreds of other mothers who all believed they “were the only one.” 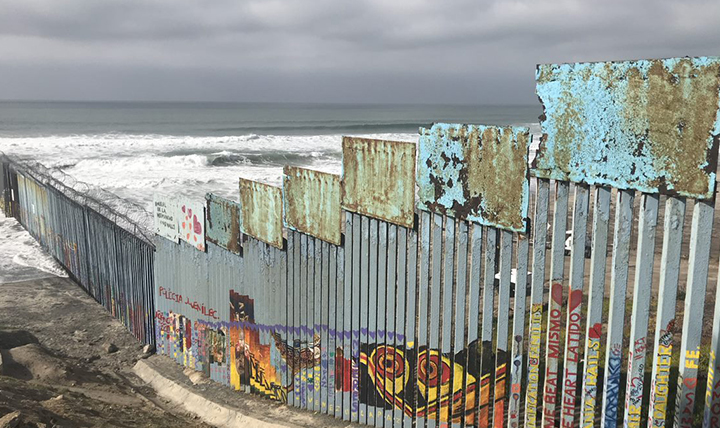 Hector joined the U.S. Army at 17, assuming that one benefit of his service would be U.S. citizenship. After six years in the 82nd Airborne, Hector was honorably discharged in 2001. Shortly thereafter, Hector spent two years in prison for a weapon charge, spent a year in detention, and then was deported. After many years of activism, he recently received a pardon from California Governor Jerry Brown to return home to the U.S. to be reunited with his daughter.

As I sat listening to Yolanda and Hector on the last two Justice in January trips, I couldn’t help but think of important U.S. policies and political decisions that increased the possibility that Hector and Yolanda might meet. The militarization of the border and the creation of Immigration and Customs Enforcement increased the chances that Yolanda would be deported, and could not return to see her children. The slew of U.S. military interventions in recent decades meant we needed more military personnel to serve, like Hector. And, the U.S.’s “War on Drugs” has led to far more felony convictions for drug possessions—the number one reason military veterans are deported from the U.S.

Kino Border Initiative is a non-profit focused on humanizing, accompanying, and complicating the issue of immigration across the U.S.-Mexico. The fact that Yolanda and Hector met, and have done such phenomenal work for other veterans and mothers is inspiring: a model for perseverance in the face of trauma. And, yet, I can’t help but have the complicated feeling of wishing for an alternative world where they never met at all.