Gonzaga Law students' otaku love of intellectual property took the competition by storm in the regional rounds of the INTA Saul Lefkowitz Trademark Moot Court Competition in San Francisco. Both teams, Team Practical and Team Punctual, devoted nine months of hard work in researching and writing their briefs and in preparing their oral arguments for competition. And that work paid off.

All eight Law Zags made excellent arguments before a bench of moot court judges on issues arising out of a fact pattern centered on an animator’s design mark for a beloved character named Skeletron and the character’s usurpation/homage by a cybersecurity company 20 years later.

Team Practical dug deep and its members Ethan Vodde, Christine Hotchkin, Carrie Lofts, and captain Asif Saleem finished second overall in the regional competition. Having distinguished themselves as one of the top 12 teams in the nation, they will move onto the national finals in March at the Federal Circuit. Let the Gonzaga March madness begin!

“This year has been a ride,” said Saleem. “Simply put, from September through February, it was a grind. For example, we gave up our Christmas break to edit and perfect our brief, and, right after the brief was due, we would get our oral arguments critiqued from professors, local attorneys, and our coach. However, the months of preparation correlated into confidence, and that confidence resulted in the team moving onto nationals.”

"The months of preparation correlated into confidence, and that confidence resulted in the team moving onto nationals.”

Team Practical’s coach, Adjunct Professor Chris Lynch, knows first-hand how hard the moot court teams worked in preparation. “I am delighted but not surprised with their success,” Lynch said. “Gonzaga’s Saul Lefkowitz students worked very hard over the past eight months in preparation for the competition.”

As for Lynch's team, the four members attribute much of their success to the dedication of their coach. “[Professor Lynch’s] tutelage has ensured we each have an understanding of trademark law that goes beyond law school studies,” 3L Ethan Vodde said. “We're all forever grateful to him for the long hours and consistent critique.”

So what’s next for Team Practical?

In the words of their captain: “Resetting, going back to the drawing board, and flying to D.C. on March 16 to compete against the top twelve schools throughout the United States.”

Gonzaga Law wishes Team Practical well on the next leg of their Moot Court journey in Washington D.C. 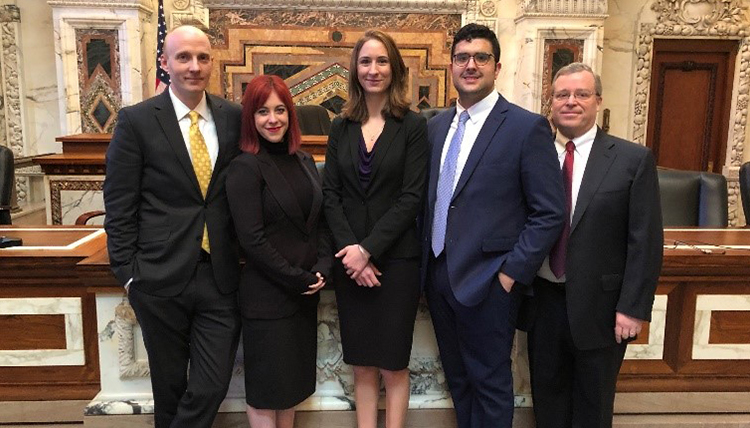 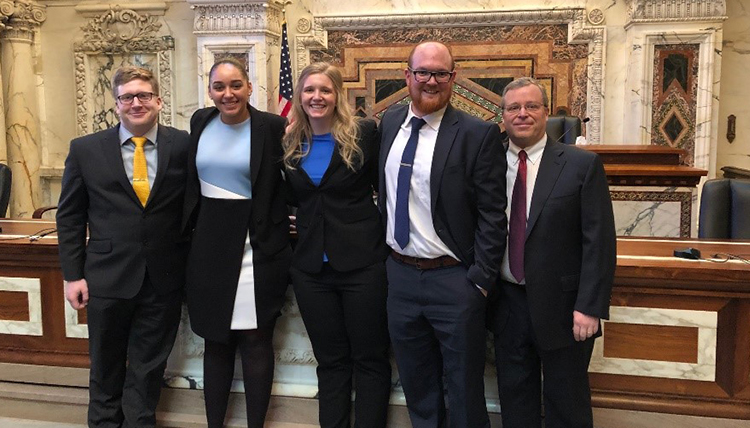 Making The Most Of Life's Extraordinary Adventure