For a long time, since my junior year of high school, I knew I wanted to go into investment banking. I was first inspired after watching the Big Short with my dad and my interest in financial analysis and markets has grown ever since. I knew since I heard about the New York Trek in the fall of last year that it would be a necessary step in achieving my goal of being an investment banker.

Admittedly I thought I knew everything I needed to know about investment banking and was really going on this to make connections that I would need for later. In short I was wrong. There was much I didn’t realize about the atmosphere that cannot be learned from reading about it.

I didn’t even experience a full day in any one firm and I could tell that there was a significant amount of nuances that I was missing.

After talking to Jaimme at Jefferies I felt like I had made a breakthrough in how to network and since have used all of his advice. Many of the things he instructed us not to do were all things I thought would have been a good idea and so I feel like I can get a real jump start by learning from his mistakes.

I have since emailed all of the alumni that we met and have gotten a considerable amount of responses already which is very encouraging. I have stayed in the Bronx for a week and I have visited New York several times before this trip, but this is the first time that I really got a feel for living in the city and I attribute that mostly to my age as well as independence that I had on this trip versus trips in the past. I feel like I have a much better understanding of what working and living in New York City would be like and I definitely can say that that is a big influence on a career in investment banking that I didn’t put too much thought into. 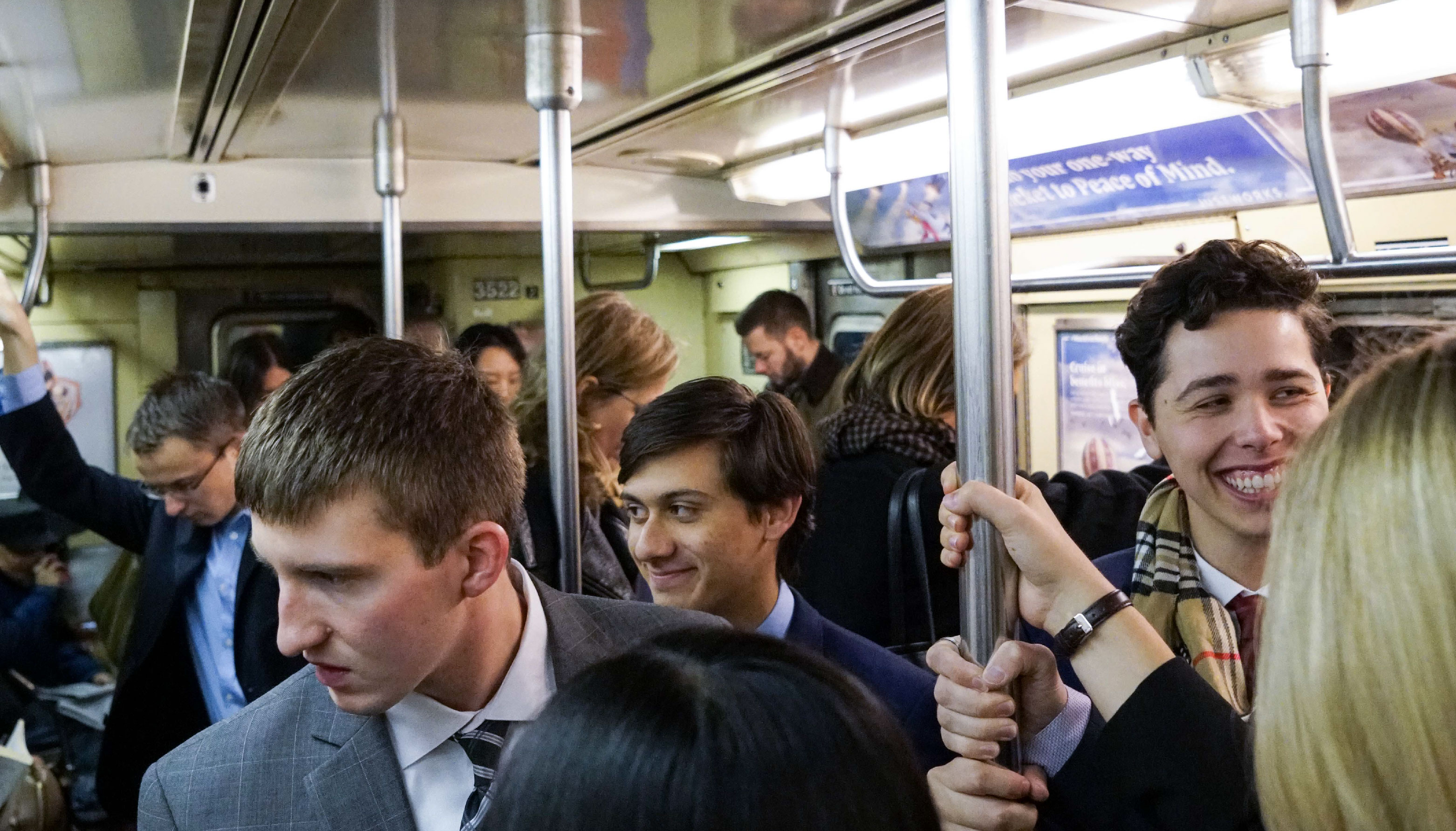 I remember, and don’t think I will ever forget, riding on the subway with my fellow students and just talking to them and connecting with them.

I only knew one other kid going on this trek and despite having a decent amount of confidence meeting new people, I was still a little hesitant. The relationships established with my peers, if I learned nothing else from this trek, are just as important, if not more, than all the alumni I met in New York City. These are relationships that will carry because even though there is a strong connection with just being a Gonzaga alumni, there is an even stronger connection actually being a concurrent student and I have already seen that since returning to Gonzaga. 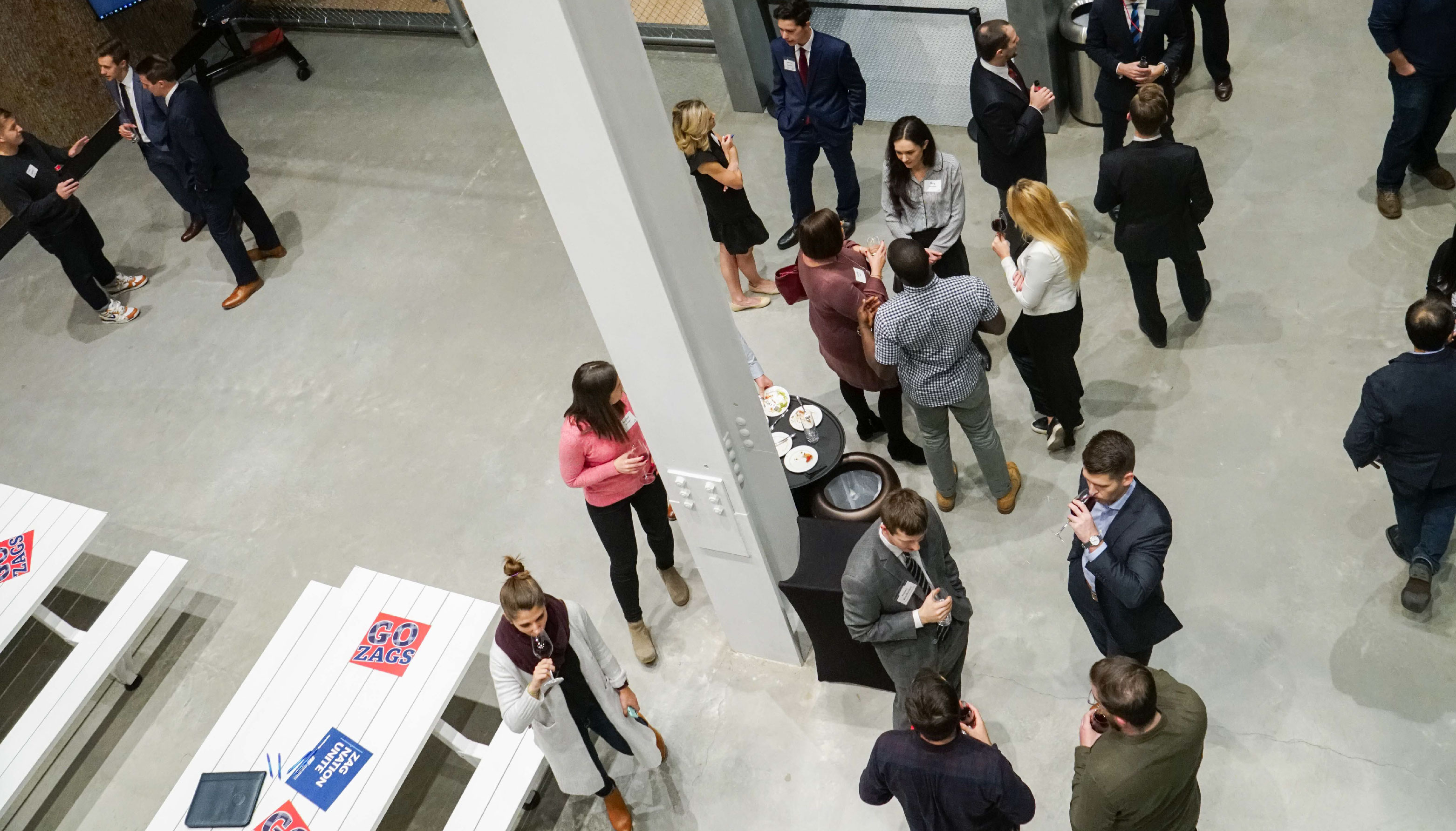 To point to a specific memory, I remember at the Nike social, we were all waiting for most of the alumni. There was a certain feeling in the air that is hard to describe. It was a kind of nervous excitement that you can tell everybody is experiencing the same thing and we all knew it, you could see it in our eyes. It was in that moment that I felt the most comradery on the trip. We, luckily, had the advantage of being the first one’s there but it did little to ease the anxiety. However, once all the alumni were there and everybody was talking it was surprisingly easy, and to get at the point I am trying to make, all the students helped each other. It was seamless the way that we could enter and exit conversations and welcomed and encouraged each other. After hearing how difficult and cutthroat investment banking could be, we did not let that mentality get to us and we remained in solitude. After I was done talking to an alum named Christopher, Kyle saw that we were coming to a lull and was coming to a lull himself and effortlessly switched our conversations. He knew that I wanted to talk to Kevin and was done talking to him so he both helped me out and exited himself from the conversation. I knew that that relationship, that connection with both Kyle and all the other New York trekkers was something special and I could tell immediately that that was going to be the most valuable thing I take away from this trek.

As I have said before and so I will say again, one of the biggest pieces of advice that I took away from any and all of the alumni was that it is important to build and maintain a strong network and that is exactly what I felt I have learned how to do and am continuing to do.
Share Story