“I wanted it to be an inspiring story about these people, and about these kids and how much beauty is in them,” said Alec Cutter (‘14).

Cutter’s short film, “Nando,” which takes place in Rio de Janeiro, Brazil, has been accepted by the prestigious Tribeca Film Festival. Spearheaded and self-funded by Cutter and his producer, the story depicts a child living in a favela across from the famous Maracanã Stadium, watching the soccer games from afar. “The story of Nando is the same story for millions of kids in Brazil,” Cutter said. 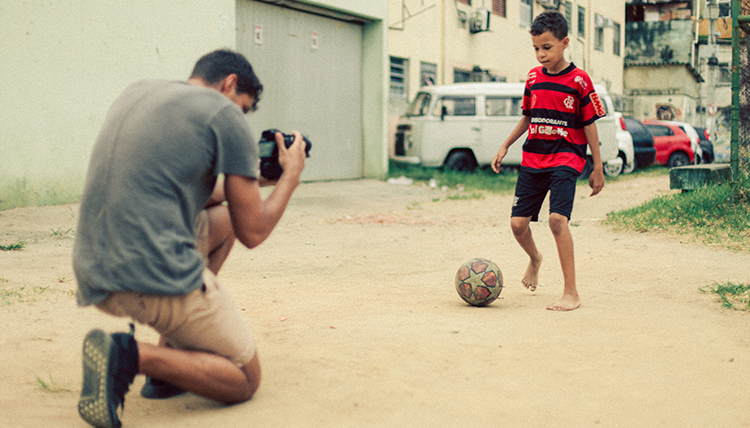 Telling a story in the favela required carefulness and sensitivity. The favela Cutter filmed in, Mangueira, is reputable as a harsh neighborhood. “We had to cancel probably six times because of shootings, between the cops and drug dealers who run the favela,” Cutter said.

But he did not want the emphasis to be on the difficult lives lived by children growing up in the favela, but instead on their dreams. That’s why his film is also accompanied by community work taking place in Nando’s favela.

“The idea from the beginning was never just to make a film and leave,” Cutter said. The first community project was remodeling the school, which included replacing carpet, and distributing computers and other supplies. The team also donated food, cleaning supplies and necessities. Cutter estimates that the team has distributed these goods in the hundreds.

During his time at Gonzaga, Cutter was immersed in philosophy and religion. For a year, he lived in Twohy Hall where his upstairs neighbor was Tibetan monk, Geshe Phelgye.

“It was around that time when I started reading a lot of the books by the Dalai Lama,” Cutter said. Inspired by the philosophy of Tibetan Buddhism, Cutter wanted to communicate these messages through film.

Cutter’s experience as a student athlete in college prepared him for his future as a filmmaker. Cutter said, “sometimes I had to be at practice at 5 a.m. or 6 a.m. before class, and if you are late then everyone had to run drills.” These early hours, dedication to excellence and sacrifice are necessary characteristics to have in the film industry.

Cutter’s dedication to soccer began at a young age, as he was fascinated with Brazilian soccer growing up. He remembers watching images on TV of the bright, celebratory streets of Rio de Janeiro during the World Cup and cheering on his idols.

It also connected him to something bigger than himself. “I think we in the United States have a pretty close-minded view of the world, like the world ends at our borders. Soccer allowed me to develop such a deep interest in the rest of the world,” Cutter said.