SPOKANE, Wash. — Harrison Eagle, a May Gonzaga University graduate with a major in environmental studies and minor in biology, says his education at Gonzaga leaves him feeling well-rounded.

After a tough transition into high school, Eagle entered Gonzaga knowing he needed to find a community. On the first night of New Student Orientation, he made friends who encouraged him to immerse himself in the world of activities. He joined the cheer team and club rugby, participated in Zag Volunteer Corps and was a Science in Action mentor.

“I figured for myself, the best way to achieve a community is just follow what seems interesting and try new things,” says Eagle, noting that these opportunities represented Gonzaga’s commitment to the whole person. “I think they do a really good job of developing every single part of the student rather than just the academic side.” 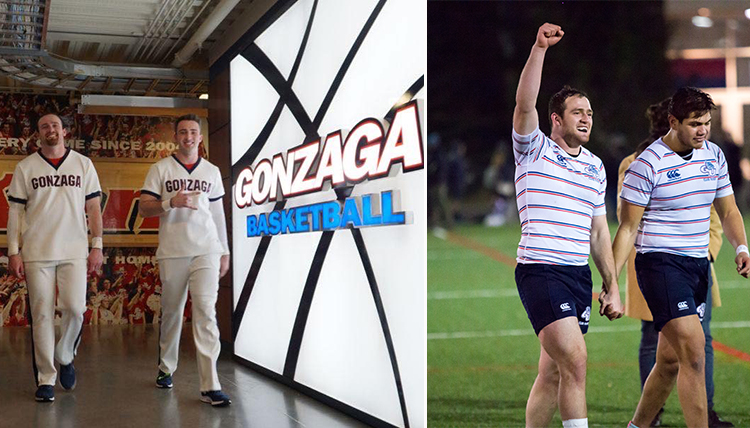 The San Jose, California native and graduate of Archbishop Mitty High School first became interested in science on a sixth-grade field trip where he collected freshwater invertebrates from a local river and identified them.

“It was the first time I felt like a scientist and it was awesome,” Eagle says,

“She ignited my passion and helped me figure out what I wanted to do,” Eagle says.

Conducting scientific research over the summer with biology Professor Hugh Lefcort, Ph.D., also left an impression. He worked with Lefcort on two different studies in the Summer Research Program, one evaluating how heavy metals affect anti predatory behavior, and the other testing bacterial infections in ticks. Lefcort also introduced Eagle to the School for Field Studies program his junior year, which directed him to Tanzania where he focused on links between beekeeping and natural resource conservation.

“The thing about Harrison is his attitude. When you think of him, you picture him smiling and just being positive,” Lefcort says. “In research, there’s a lot of ups and downs and the majority of time, things don’t go well. You try to discover something new and nature doesn't really want you to find something new, so it fights you the whole way. Harrison was endlessly optimistic and that kind of attitude allowed us to persevere.”

For Eagle, research deepened his love for learning and changed his view of how he fits into the world. Part of that is learning how environmental studies, conservation and policy – at their core – are about protecting human beings. That kind of understanding, he believes,
coincides with Gonzaga’s intentional efforts to guide students in incorporating multiple fields of study and fields of view into a direction.

“Gonzaga does a really good job of creating full people who aren’t just centered one view or one degree,” says Eagle.

Today, while enrolled at Foothill College to gain more knowledge in geographic information systems (GIS), Eagle is envisioning a career with the U.S. Department of Agriculture as a Conservation Biologist. Ultimately, he’d like to teach environmental science in high school or college, because, “A lot of my passion for the outdoors and the environment have come from wonderful teachers and park rangers. I would love to inspire others to love the environment as much as I do.”


Eagle received the St. Aloysius Scholarship at Gonzaga. You can support a scholar, too.
Get Started