Students in IEEE helped students get a hands-on experience building electronics with an Arduino workshop held in the PACCAR Center on April 9.

Gonzaga’s Computer Science department loaned the club a set of Arduino microcontroller boards, digital input/output pins, additional modules such as LEDs and joysticks, and the USB cables needed to connect the small electronics to a laptop. An editing tool on the laptop manages the code that gives the minicomputer its instructions.

Abilities ranged from experienced techs to students who had never held one of the credit-card-sized boards before.

Nicholas Smith, a first-year computing engineering major, led the event and said the IEEE student chapter hopes to hold more of these workshops on a regular basis. 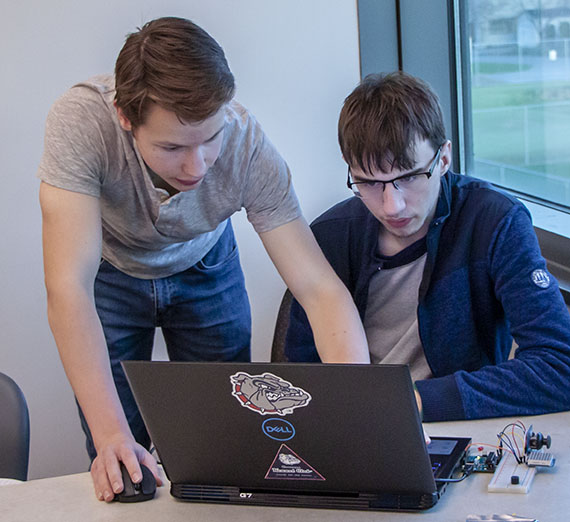 Nick Smith (left) checks the code on another student's project. 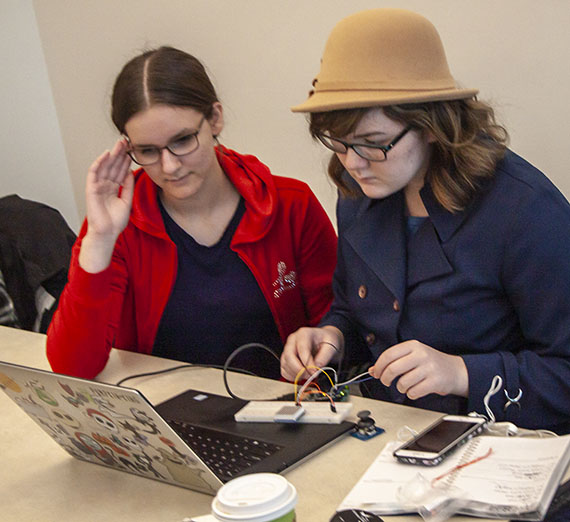