Growing up on a farm outside Billings, Mont., Alexis Bonogofsky (’02) was intimately connected to food - understanding how we get it and how much work goes into growing it. Only after leaving Montana did she realize that few others had that same connection: For many city-dwellers, food might as well have appeared on the table by magic. This “disconnect between the urban and the rural field,” as she calls it, has guided her interests and work.

Bonogofsky majored in international studies at Gonzaga and received her master’s degree in international development from the University of Denver. She hoped to work abroad to use what she learned, but quickly realized those global programs gave her the tools to address the same needs here in the West.

An oil spill on her property in 2011 spurred her into environmental activism. “When an environmental disaster happens to you personally, it puts things into sharp focus,” she says. “The oil spill made me realize that the response to these events isn’t always adequate.” Bonogofsky began working with local ranchers and conservationists to ask the government to clean up the spill. This same collaboration helped them to defeat a proposed coal mine and railroad that cut through ranches and Native American land. 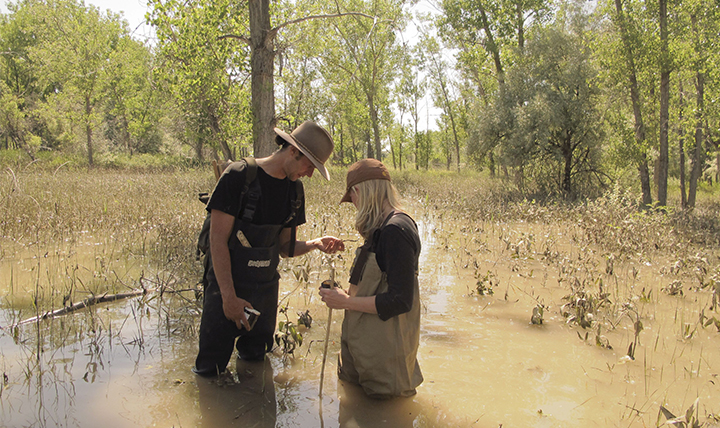 “I got this feeling that certain industries have more power than the people on the ground,” she says. “It drove me to come up with creative ways to get people involved in the democratic process and to help people feel like they have a voice, because many people don’t think that they do.”

Bonogofsky sees herself as a “translator” between the two sides of the environmental debate. She is a landowner and a conservationist and understands both perspectives, and most importantly, believes they are not so different.

“We are speaking to each other in ways that don’t make sense to each other,” she says. “When you sit down and actually talk to people, you realize we have much more in common than we have in difference. This is the basis for better communication and for feeling united instead of divided.”

Some of Bonogofsky’s current projects include writing about regenerative agriculture and pushing it into wider circulation, and teaching a course at the Missoula-based Freeflow Institute about place-based writing. Her blog highlights her efforts to use writing to cross boundaries.