Global Engagement in a Digital Age

"The Digital Humanities Initiative is about much more than technology; here at Gonzaga, it’s primarily about pedagogy, about faculty working to incorporate new ways not just of presenting and documenting information, but of working across platforms, across audiences, and sometimes even across languages to create multifaceted, dynamic learning environments for our students."

Let’s face it: pretty much everything we do today is tied to technology. These days, you can buy, sell, process, teach, or learn pretty much anything you want or need through digital technologies—all the way down to reading this article about translating global experiences through the digital humanities.

In the soundbite age in which we live, the ability to use technology has become essential to our success as professionals, and integrating these tools into the classroom primes students with the skills and perspectives that will help them find success in the workplace and in life. With this integration comes the expectation that students will transform from passive users of technology to active thinkers and users who will carefully consider how the ways they convey their thoughts and experiences will impact others.

The architects of the two projects presented here used very different approaches to introduce digital strategies that enhance the student learning experience. Here’s what they did.

While Dr. Rebecca Stephanis has lived in Costa Rica and traveled in several Latin American countries, before learning about the Community of Practice, her exposure to Colombian history and culture had been limited. “Much like my students,” she said, “my perceptions and attitudes toward Colombia [were] largely based on what I [had] seen in popular media and studied over the years.”

Already fluent in Spanish, the Associate Professor of Modern Languages & Literatures skipped the intensive language training part of the Community of Practice experience. Instead, she dove into a six-week independent study with three professors from area universities (PUJ-Cali doesn’t have a literature program), where she read and analyzed Colombia’s five foundational novels in order to better understand the political and cultural histories of the country. 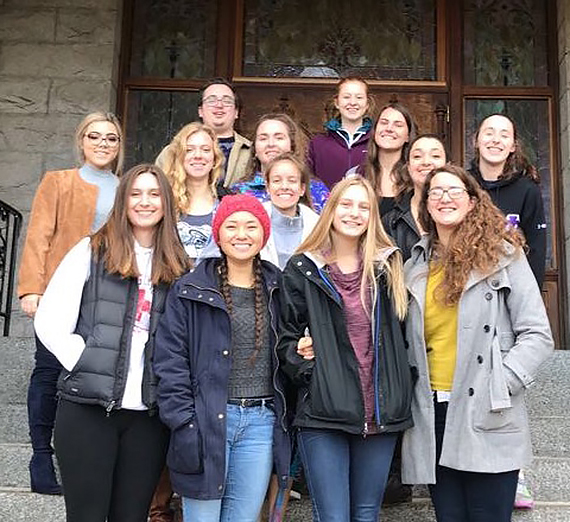 She also connected with film professors like Mauricio Vergara Hurtado, who teaches in the PUJ-Cali Communications department, and they began developing a collaborative project that would involve both Stephanis’ “Introduction to Latin American Film” and Vergara Hurtado’s “Theory of Editing” students.

What emerged couldn’t have come closer to fulfilling the outcomes the Community of Practice concept set out to achieve. In addition to the traditional coursework offered in each of their classes, Stephanis’ and Vergara Hurtado’s students would pair up and work together via digital channels to write a three-scene film script featuring an American and a Colombian student. The classes would then vote on the best script and Vergara Hurtado’s students would film it.

One of Stephanis’ motives in incorporating this collaborative project into the course was to overcome stereotypes. She gave little forewarning about exactly what she had planned for the students, and she declined the class’ request for extra time to better inform themselves about Colombian culture before starting their projects. She wanted the experience to be as honest and unrehearsed as possible. “You can still express what you think without being offensive about it,” she told them.

The project was a success—the students’ favorite part of the course. By conducting the project early in the semester, the class was able to view Spanish language films later in the term without cultural preconceptions. The conversations student teams conducted across time zones and international borders were honest and raw and touched on race and violence, politics and pop culture. They discovered that film depictions didn’t necessarily reflect reality, and that they weren’t so very different from one another.

One of the integral components of Digital Humanities is experiential learning, so it made good sense to initiate a collaboration on an ongoing community activism project in Cali between the College of Arts & Sciences’ Digital Humanities Initiative and PUJ Professors Fanny Franco and Claudia Mora.

“[D]igital technology mapping tools provide a set of ready enhancements to experiential learning, study abroad, and Communication and Community Development courses,” the two wrote in a rationale for their project. “These features begin to realize the promise and purpose of Digital Humanities by creating bridges that foster global collaboration, create open access platforms, and generate … collaborations that equalize access to the generation and circulation of knowledge locally and globally.”

Wary of reinforcing stereotypes and conveying the paternalism and Yankee imperialism that sometimes accompany “North/South” collaborations, Shlossberg and Roden stressed that a successful course must benefit not only the students, but also the community. Working together, the community partners and students assessed what each organization needed, what the students could provide, and then developed a website that presents each organization’s good work in an academic context, and embedded in the local community.

In conceptualizing the project, students considered the digital context of social change: how community members use technology to bring it about, and how technology can often bring people together but can sometimes create barriers. “Creating digital humanities projects for the public and with the public is a powerful way to engage in participatory communication and provide students an opportunity to think about both global and digital context,” says Roden. The resulting website expands visibility of the four organizations and, by extension, the fundraising capacity necessary to increase their impact.

Few of the GU students who participated in the course were Spanish speakers, and some had never traveled outside of the United States. In order to create successful collaborations with the community partners, they necessarily ventured out of their comfort zones to overcome challenging language and cultural barriers. By design, Shlossberg and Roden also included daily self-reflection as a course requirement, culminating in a digital ethnographic introspection based on their own critical self-awareness—on what it feels like to be the other.

“By asking students to consider the correct mode to create their message and to share their content,” says Roden, “we were hoping to invite students to ask the same critical questions the community partners engage in all the time: what’s the right technology for my message? We asked them to not only do the work but to put themselves in the place of the community members.” 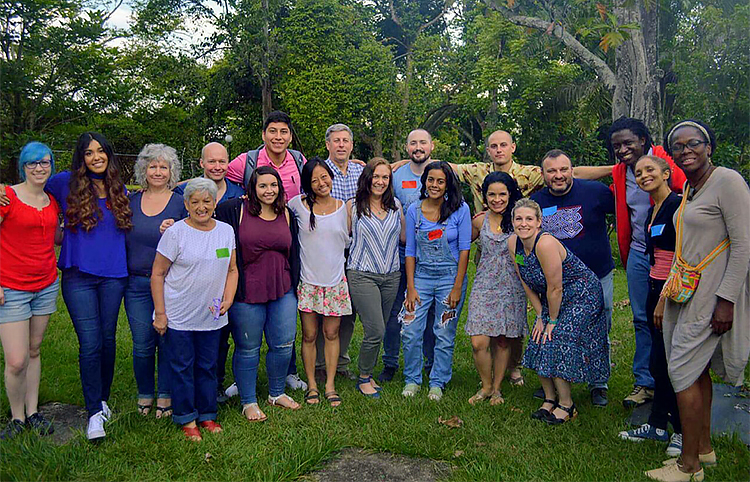 Global Engagement in a Digital Age