Out for a ROMP

Walking 500 miles in the Colorado wilderness sounds like a scene out of an action movie more than anything, but it’s a trip Kelsey Devereaux (’10) and her husband Jordan Williams (’10) looked forward to for years. They spent the months leading up to the trip preparing gear, planning their itinerary and raising money for the Range of Motion Project (ROMP), a nonprofit that provides prosthetics to people suffering from immobility. Their goal was to raise $3,000, enough for three prosthetics, one from Devereaux, one from Williams, and one from their blue heeler, Aska.

Devereaux is a physical therapist, so helping people regain mobility is close to her heart. “Disability isn’t caused by broken bones, it’s caused by broken tools or broken health care systems,” she says. Her former soccer teammate, LP Panasewicz (’09) is the ROMP director of events; the two worked together on the project as a great way to live out the Gonzaga mission.

In preparation for the trail, Devereaux and Williams created an Instagram account for Aska, where they posted updates on fundraising efforts. They approached local businesses that had previously donated money to ROMP to ask for donations, and they set up a CrowdRise campaign for their friends and family. 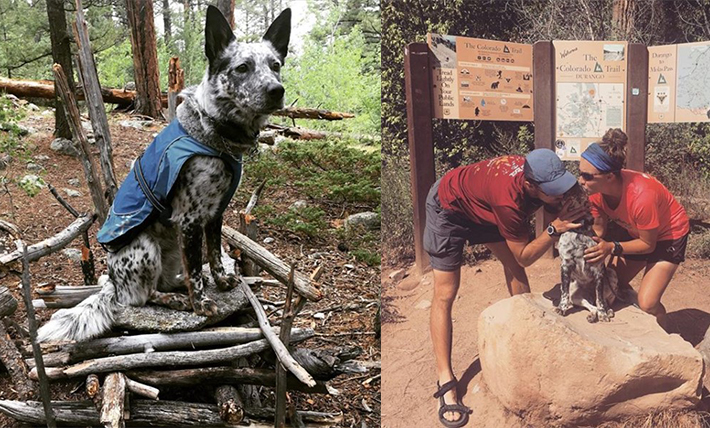 The hike itself was another kind of mission, a six-week ordeal through beautiful and strenuous terrain. Devereaux and Williams covered between 15 and 20 miles a day, starting when Aska woke them in the morning and finishing when everyone’s feet were too tired to continue. “We usually crashed before the sun even went down,” says Devereaux.

The trail provided its fair share of challenges as well. Their water filter broke twice, forcing them to use backups before a friend brought out a new cartridge. Devereaux developed blisters and Williams struggled with a stiff ankle. Moving between towns meant carrying several days’ worth of food at a time. “We got to the point where eating some of the stuff we packed made us nauseous because we’d eaten so much of it.”

Despite the challenges, the trio experienced an incredible outpouring of community support for their journey. Strangers helped them get from town to trailheads, and friends brought out new gear when things broke. “It was awesome to see that people are good, and can have good intentions,” says Devereaux. Their support system helped them complete the trail, and to work toward reaching their goal of providing mobility and adventures to all. 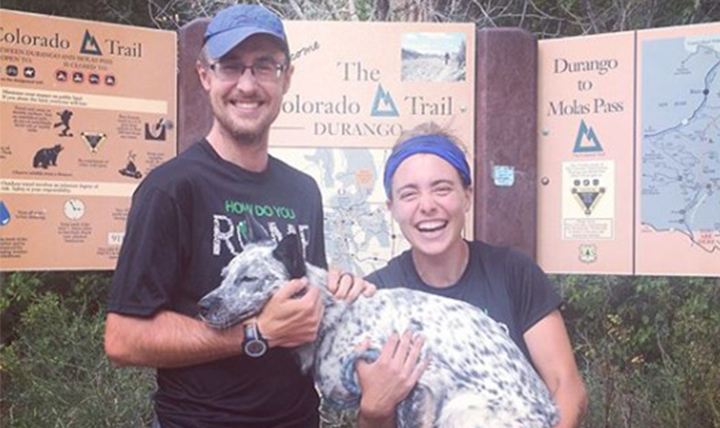 Aska and her humans completed the hike on September 5. As of the end of October, they were more than two-thirds of the way to their goal of $3,000 to pay for three prosthetics.
Share Story