This event has concluded. Thank you for attending and participating in ERIP 2019 at Gonzaga University!

Associate Professor and the Chair in Indigenous Governance at Ryerson University 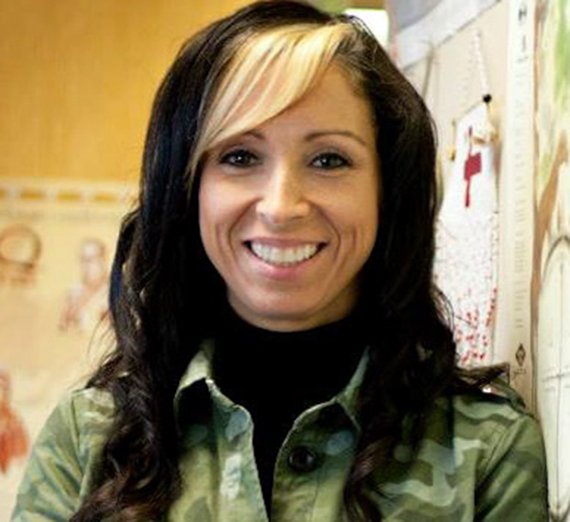 Pam Palmater is a nationally recognized lawyer, professor, author, and social justice activist. She was one of the spokespeople and public educators for the Idle No More movement and advocates alongside other movements focusing on First Nation rights and social justice. She is also a well-known media commentator and public speaker - considered one of Canada’s Top 25 Influential Movers and Shakers by the Financial Post (2017).

Pam has four university degrees, including a BA from St. Thomas University in Native Studies; an LLB from the University of New Brunswick, and her Masters and Doctorate in Law from Dalhousie University, specializing in Indigenous law. She is frequently called as a legal expert before Parliamentary and Senate committees, as well as United Nations treaty bodies dealing with human rights, and laws and policies impacting Indigenous peoples. A member of Eel River Bar First Nation and a citizen of the Mi’kmaw Nation, Pam has been volunteering and working with First Nations and community organizations for over 25 years on a wide range of issues, including Aboriginal, treaty and land rights as well as sovereignty, jurisdiction and governance. 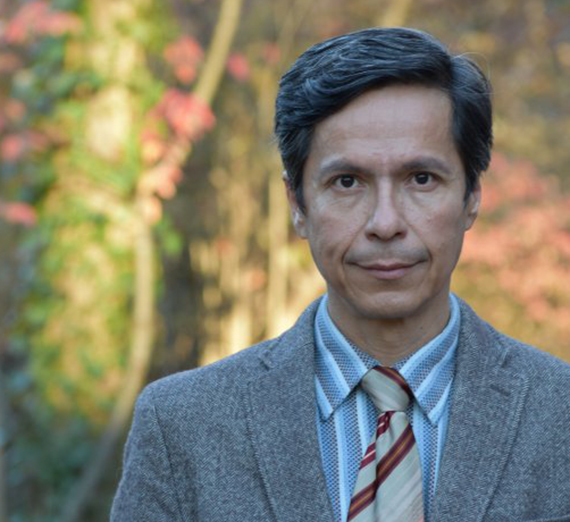 Previously Dr. Amaya was Professor of Media Studies at University of Virginia and a Member of the Institute for Advanced Study (IAS) at Princeton, NJ. His research engages with the philosophy of communication from a subaltern perspective and his areas of specialization include Latin American film and media, comparative media studies, and Latinx media studies.

His current project, The Anonymity Condition examines the displacement of identity markers, from names to biodata, and the manner in which these relates to forms of power. The Anonymity Condition will be his fourth single-authored book. His other monographs are Screening Cuba: Film Criticism as Political Performance During the Cold War (University of Illinois Press, 2010), Citizenship Excess: Latinas/os, Media and the Nation (New York University Press, 2013) and, forthcoming with Duke University Press, Trafficking: The Violent Restructuring of Mexico and USA Publicity. 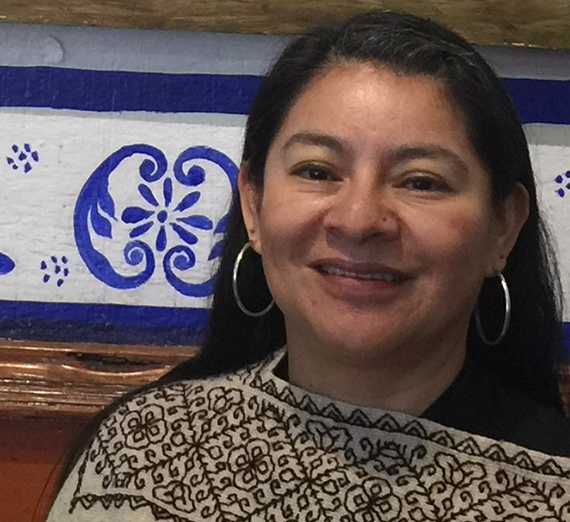 Irma Alicia Velásquez Nimatuj is a journalist, academic, social anthropologist and international spokesperson for the rights of indigenous women. She has been at the forefront of struggles for respect for indigenous cultures. She was the director of the Oxlajuj T'zikin Indigenous Peoples Mechanism (2005-2013).

She is the first Mayan-K'iche 'woman to obtain a PhD in Social Anthropology and in 2002 she initiated the judicial case that made racial discrimination in Guatemala illegal. Velásquez Nimatuj served as an expert witness both in the Court of Conscience against Sexual Violence (2010) and in the trial of Sepur Zarco (2016) in Guatemala in defense of Mayan women who survived slavery and racialized sexual violence during the armed conflict of 1960-1996. Furthermore, Velásquez Nimatuj was a member of the Latin American Advisory Group of Indigenous Leaders for UNICEF, and she served as an advisor on indigenous issues for the UN Women office in Latin America and the Caribbean (2014-2015).

Velásquez Nimatuj is the author of the books: Pueblos Indígenas, Estado y Lucha por Tierra en Guatemala (AVANCSO 2008), La pequeña burguesía indígena comercial de Guatemala: Desigualdades de clase, raza y género (AVANCSO-SERJUS 2002) and Lunas y Calendarios, Colección Poesía Guatemalteca (Editorial Cultura 2018). And she has published articles and chapters in academic journals and books. Velásquez Nimatuj is part of a long line of collective struggles that her community has maintained since the Spanish invasion in 1524 to the present. Since 2003, she has written a weekly column in el Periódico de Guatemala and, through her political and academic efforts, seeks to support viable and realistic ways to achieve equality for indigenous peoples and works to try to build participatory democracy in Guatemala. 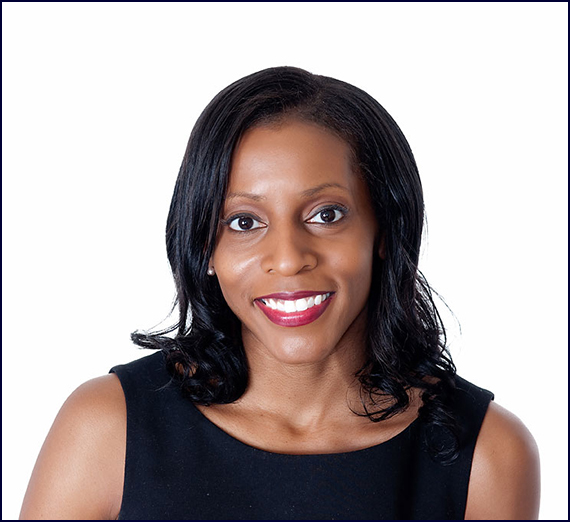 Gladys Mitchell-Walthour is an Associate Professor of Public Policy & Political Economy in the Department of African & African Diaspora Studies at the University of Wisconsin-Milwaukee. Dr. Mitchell-Walthour is currently the president of the Brazil Studies Association. She is a political scientist who specializes in Brazilian racial politics, Afro-Brazilian political behavior, affirmative action, and social policies.

Mitchell-Walthour is also a member of the US Network in Defense of Democracy in Brazil and leads the Afro-Brazilian Committee of the network. She published the book "The Politics of Blackness: Racial Identity and Political Behavior in Contemporary Brazil (Cambridge University Press, 2018)." She has published articles in numerous peer reviewed journals including Latin American Politics and Society; Politics, Groups, and Identities ; the National Political Science Review , and Latin American and Caribbean Ethnic Studies . Mitchell-Walthour received her PhD from the University of Chicago and holds a Master of Public Policy from the University of Michigan-Ann Arbor, and a BA from Duke University. She was the 2014 Lemann Visiting Scholar at the David Rockefeller Center for Latin American Studies at Harvard University.

Director of Radio Progreso and the Reflection, Research and Communication Team, Coordinator of the Central American Media Commission, C-CAM, of the Company of Jesus 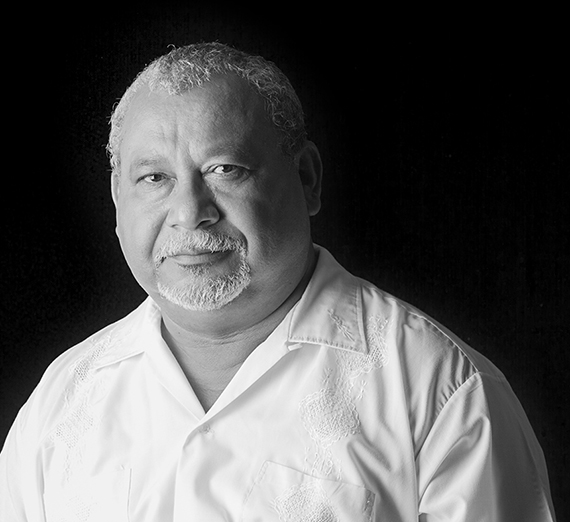 Ismael Moreno Coto, 61 years old, Honduran, Jesuit, holds masters degrees in philosophy and theology. He is the director of Radio Progreso and the Reflection, Research and Communication Team (ERIC) based in El Progreso, Honduras, since September 2001. He is also the coordinator of the Central American Media Commission, C-CAM, of the Company of Jesus.

Fr. Moreno is an analyst and writer on socio-political issues; educator, communicator and defender of human rights. He holds the Norwegian Rafto Award 2015 for Human Rights and Freedom of Expression. He is a member of the editorial board of the Central American social analysis magazine, "Envío", based in Managua, since 1997. Fr. Moreno is the founder and member of the Honduras edition of the editorial board of the magazine "Envío" since 2002.

Ismael Moreno Coto founded in 2002 the Human Rights Department of ERIC in El Progreso, Yoro, Honduras; it accompanies complaints before the Inter-American Commission on Human Rights in cases related to activists murdered for their commitment in defense of the environment and human rights.