Long time employees, Stephanie Plowman and Molly McFadden, have been at Foley since the beginning. Here they share their memories on what Foley was like 30 years ago…

Built upon the sod where once a football endzone stood, the Foley Center was opened on September 2, 1992. During construction, the building was called “Center for Information and Technology”. However, the name was changed to the “Ralph E. and Helen Higgins Foley Center”, for the parents of Tom Foley, former Speaker of the House, who helped to obtain a $10 million matching federal grant. We were there when Tom Foley officially dedicated the library. Although the building physically is the same on the outside, much has changed on the inside during those 30 years.

Here is what we remember about the library’s initial layout. The lower level contained a microcomputer lab with 20 computers to be used for word processing only (there was no internet at the time!). Instructional Media Services helped provide classrooms with support for the technology of the time. There was a darkroom to develop black and white photographs with a full-time photographer and a media vault for VHS tapes. There was also a periodicals service desk that helped users find their articles using printed indexes, something library patrons can do today by searching a database.

On the first floor were the 560 sq. foot 24-hour study lounge (now Academic Advising & Assistance), the 60-seat teleconferencing center, now Instructional Delivery & Design (IDD) and Regional Information Services (now IDD), where businesses would pay librarians to do research. There was an outside vendor who ran a copy center near the government publications, which were on compact shelving on the east end. Because the internet was not available to everyone, users had to make an appointment with a librarian to do a search using dial up. There were no laptops, instead there were computers to search the new online card catalog with an ink jet printer attached to it. Photocopiers were separate from printers.

The 2nd and 3rd floors have remained relatively the same. The second floor held the Curriculum Center with a full-time librarian to support the School of Education (now Academic Testing). There were 5 study rooms at each end of the building. The third floor used to hold the large main frame computer, which took up two rooms (former site of ATAS). The Greenan boardroom, offices, and Cowles Rare Book Library remain the same.

For the past 30 years, the Foley Center has withstood the changes of time with improvements in technology specifically. We expect it to continue to serve Gonzaga’s students and staff well into the future. 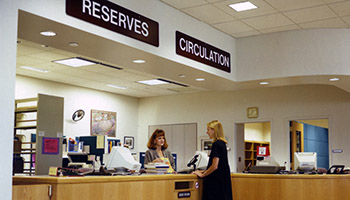 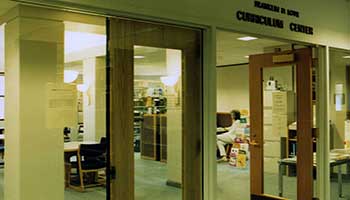 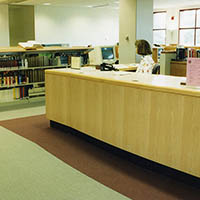 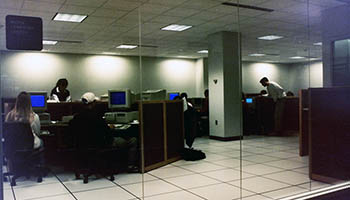