On Tuesday night, Kimmel had yet another skit about the Zags, this one starring a fake "Spike" mascot who purported to confirm Kimmel's conspiracy theory that Gonzaga doesn't exist.

On Wednesday night, a pair of Gonzaga employees, a supporter, and Gonzaga's radio announcer were in the audience and appeared on camera briefly with some fictional characters.

Guillermo sported a Sherlock Holmes-style detective outfit while grilling Gonzaga men's basketball players during media availability around practices, trying to dig up clues on whether #GonzagaExists.

Television cameras followed the spectacle into the Gonzaga locker room on the eve of the Zags' Sweet Sixteen rematch with Florida State, set for 4:09 p.m. on Thursday afternoon at The Honda Center. 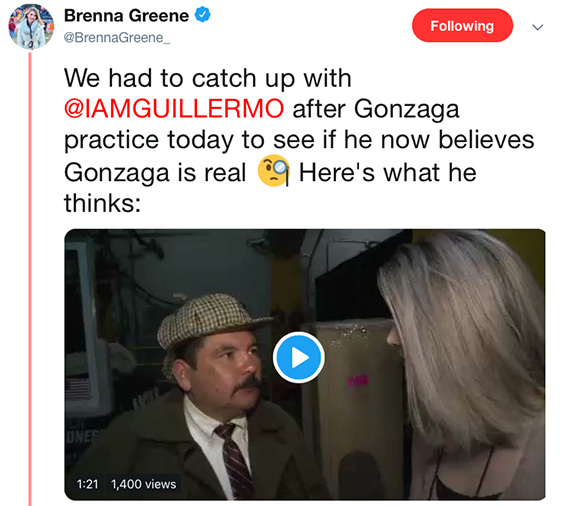 Near the end of one interview with local media, Guillermo extended an invite for the entire team and coaching staff to appear on the late-night talk show if they won the national championship.

GonzagaU extended its own invite on social media on Wednesday, Tweeting at @jimmykimmel and @iamguillermo to attend the #ZagUp alumni pregame event on Thursday near the venue: 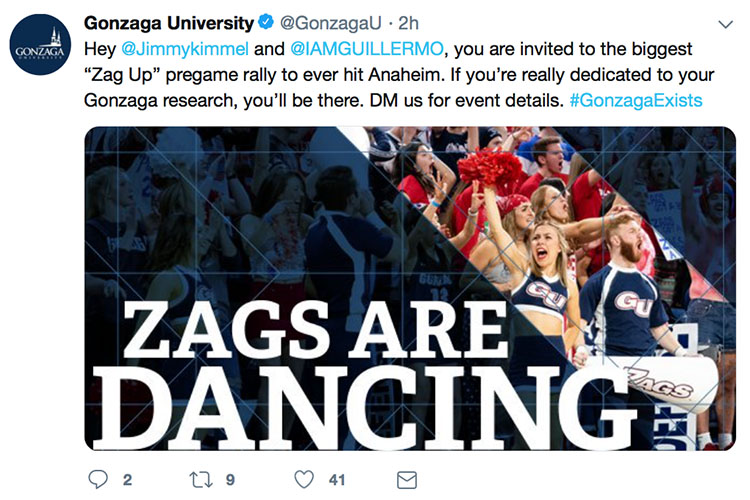