Lingering Lessons from the Sonoran Desert

It was January 2014, my senior year at Gonzaga, and I was following Father Pete Neeley, S.J., deeper and deeper into the wild, following a trail that only he could recognize. The Sonoran Desert wasn’t the wasteland I expected. It was teeming with life, but its elements worked against visitors more often than not. Stream beds from storm water had long since dried up, leaving scars in the terrain that created promising, but misleading, pathways. Outside of these stream beds, trees and bushes towered over us in every direction. From time to time, Neeley stopped to point out landmarks: a burnt-down house, a discarded plastic water jug.

One thing was clear: The Sonoran Desert was an unforgiving place.

Neeley wanted to show us how hard the journey of an undocumented immigrant could be. He told us about immigrants he’d worked with who had walked along those same stream beds, carrying as much water as they could in unwieldy plastic jugs, travelers so thoroughly lost in the terrain that their entire lives were dependent on a coyote – smuggler – who charged vast amounts of money for the tenuous promise that this route would lead them to a better life. Neeley was a Jesuit, and so he not only wanted us to care about the situation, but also to understand the migrant’s mindset.

I signed up for Justice in January, Gonzaga’s week-long service trip to the border, because I wanted this deeper understanding. I had studied the border crisis in class and heard about it in the news (as most of us have), but I knew that this context weren’t enough. Up until that point, the border was an academic exercise. A policy discussion affecting distant actors. It didn’t matter whether I supported the right or wrong side of the debate if I knew nothing about the lives it affected. I wanted to see the border firsthand, to speak with the people impacted and learn their stories. While a week is hardly enough time to do this, I needed to start somewhere.

Father Neeley’s greatest virtue, the ability to understand someone’s background and struggles, was essential to this goal. I began that Justice in January trip with only shallow support for immigration, but as we met with people whose lives were directly impacted, my understanding shifted from academic to personal. When I discuss of the border crisis today, I remember those people and how urgent this issue is for them. Many more men, women and children cross the border, despite its many dangers, because it is simply the best option.

Not everyone we met was determined to understand this plight. We talked with a woman who grew up near the border, who saw passing immigrants as a mild, but harmless, nuisance in her life. We met U.S. border agents who focused on the dangers that immigrants could pose to agents and our country. In both cases, we met people who were primarily concerned with justifiable self-interest, but this overpowered their sympathy for undocumented immigrants’ lives.

On the other hand, we met countless individuals who devoted themselves to aiding immigrants. Neeley works at the Kino Border Initiative, an organization which provides humanitarian assistance on both sides of the border. We also spoke with volunteers who taught citizenship classes or provided homes for refugees as they transitioned to life in this country. We saw a lawyer, Luis Parra, not only defend an immigrant in court, but also recognize his client’s humanity as he strove to be a true legal advocate.

At that hearing, roughly half a dozen undocumented border-crossers were introduced, read their charges, and ushered out of the courtroom. The entire process was far from the ideals of law: There was no individuality, no room for deviation from the court’s script, and no apparent benefit of doubt for the defendants. On paper, the proceedings fulfilled these obligations to the fullest legal requirement, but it was clear that the defendants had no choice but to acknowledge their guilt and face either prison or deportation.

This process was heartbreaking to watch. The court visit came near the end of our trip and we had already seen firsthand much of what immigrants overcome to reach this country. I joined Justice in January to bring home a deeper understanding of the border, but in this instance, I felt an overwhelming wish that I could intervene. We were watching, in a matter of minutes, half a dozen stories come to a close. Half a dozen men, with blank expressions and bowed heads, listen as a court of law ended their desperate gamble to reach the United States. Maybe their journeys were easier than most, but maybe they crossed through the same patch of the Sonoran that Neeley showed us a couple days before. Regardless, these half dozen men were being walked through a script that ended with them outside of our country. 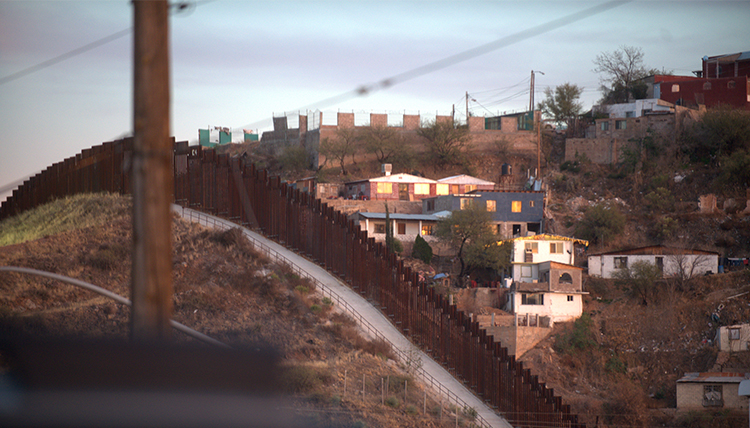 Luis Parra, a Gonzaga alum and founding member of Neeley’s Kino Border Initiative, did not follow the script. Despite having represented defendants at many of these hearings, he still noticed small details about the treatment of his clients. During the hearing we watched, he raised one of these points and argued for an improvement. None of the other attorneys did this. The presiding judge was caught off-guard, struggled to articulate an answer and finally referred the question to court staff. To me, this reaction was telling: it wasn’t anger, malice or sympathy. It was a man who was following a course of habit so closely that a small break in routine caused agitation and confusion. I was glad that Parra was there. To the judge, this session was part of a mechanical process, but to Parra, each defendant was a human being who deserved fair treatment.

I reflect often on how Parra and Neeley approached their work. I try to have the same compassion in my own life. When I was in Washington, DC, I worked for a US Senator and I listened to hundreds of callers each day. It would have been easy to let this process become routine but, like Parra and Neeley, I tried to treat each of these callers as individuals. I fought to remember that each sigh of exasperation, each four-letter word, each sniffle represented the culmination of beliefs and feelings brought about by a lifetime of experience. The Jesuit credo remains true: we want to be men and women for and with others.

Four years later, I am now applying to law school. I do not expect to end up in the same courtroom that Luis Parra made his stand, and I probably won’t be wandering the Sonoran Desert again soon, but I hope to carry Parra and Neeley’s lessons into my own lifetime of service. I work to remember that many people face grave struggle. For those of us who have not or who have overcome our own struggles, we must respond with kindness and compassion.

John Draxler (’14) was GSBA President and a regular participant in service immersion programs at Gonzaga. After graduation, he worked for lawmakers in Olympia and Washington, D.C. before applying to law school. He is shown here (center, beneath the cross) with his traveling companions on the 2014 Justice in January excursion.