Two members of the Gonzaga Law Environmental Law and Land Use Clinic are learning what it takes to fight city hall. Except their fight is actually against the Pend Oreille County Public Utility District (PUD).

Last year, PUD sold 186 acres south of Newport, Washington to HiTest Sand Inc., a company out of Alberta, Canada, to be used for a smelter. Citizens Against the Newport Silicon Smelter (CANSS) and Responsible Growth*Northeast Washington (RG*NEW) have opposed the sale. They contend the PUD failed to follow state regulations for 14 of the acres included in the sale and therefore the whole sale was illegal.

So how did 3L students Maxwell Bridge and Walter Tanner get added to the mix? Alongside Environmental Law and Land Use Clinic supervising attorney Rick Eichstaedt, the dauntless duo drafted the demand letter sent to PUD on behalf of their clients CANSS and RG*NEW. Their demand? Void the illegal sale.

Tanner and Maxwell argued that PUD’s sale to HiTest was illegal because it violated Washington State’s specific requirements for the sale of public land. They argue that PUD did not follow the proper procedure when it purchased the 14 acres at issue from Pend Oreille County in August and then bundled it with other acreage sold to HiTest a few weeks later.

If built, the smelter would be the largest utility customer in the district. But according to Tanner in a Spokesman-Review article, “The utility district shouldn’t be in the business of buying real estate for prospective customers.” 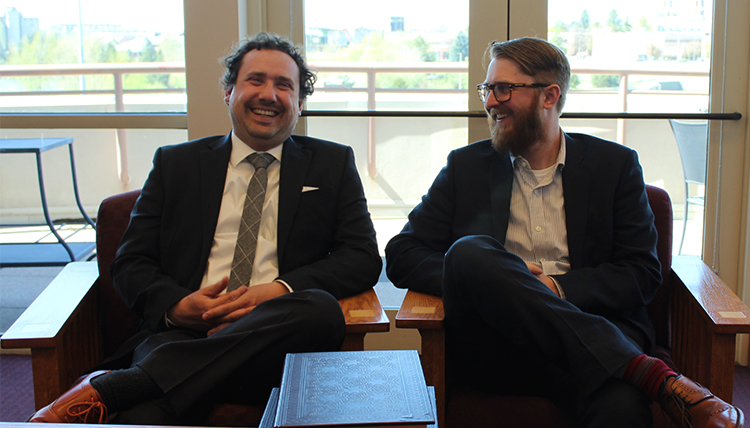 The ability to draft an effective demand letter requires attention to detail, knowledge of the law and facts of the issue, and a facility with words that allows the strength of the demand to shine through without being overshadowed by over-the-top rhetoric. This is why demand letters, along with memos, motions, briefs, discovery requests and responses, and a host of other forms of legal writing are integrated into Gonzaga Law’s two-year Legal Research and Writing curricula—and are put to use on behalf of real clients.

Tanner and Bridge’s work on behalf of CANSS and RE*NEW has been featured in The Spokesman-Review, The Inlander, and on Spokane Public Radio.
Share Story