The Volkar Center for Athletic Achievement boasts environments for academic success and a trip down the Zagmemory lane in WCC and NCAA tourneys. 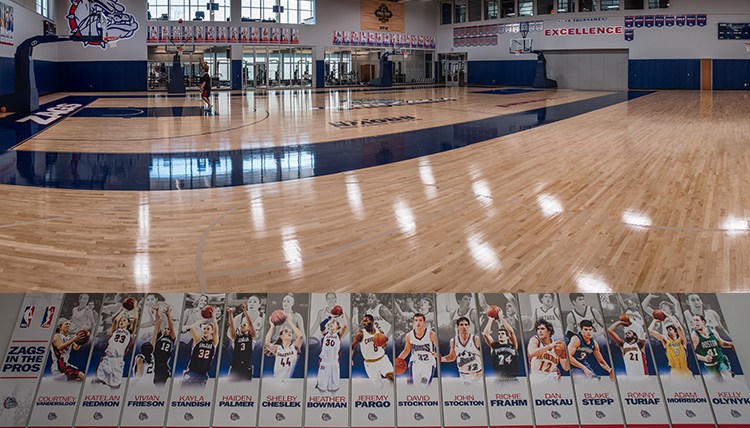 Experience the kinetic energy in the Kennel Club on game nights in the McCarthey Athletic Center. Relive the excitement of the men’s basketball team’s historical run to the national championship game last season. Soak in the natural light of an expansive atrium filled with Bulldog history.

You can feel it all through an interactive experience in Gonzaga’s new Hall of Honor in the Volkar Center for Athletic Achievement, which opened this spring. This project became reality through the generosity of many benefactors. A lead gift from from the Wolff Family made the Hall of Honor a reality.

One-hundred-and-thirty years of athletic and University history come to life in the atrium separating Volkar and the Rudolf Fitness Center. You’ll see pictorial displays of our national boxing championship in 1950; our old campus stadium and the glory days of Bulldog football (23 Zags went on to play professional football, you know); the basketball arena in College Hall, where Frank Burgess and Jean Claude Lefebvre used to lace up their sneakers; and Sports Illustrated covers featuring some of your favorite Zags. 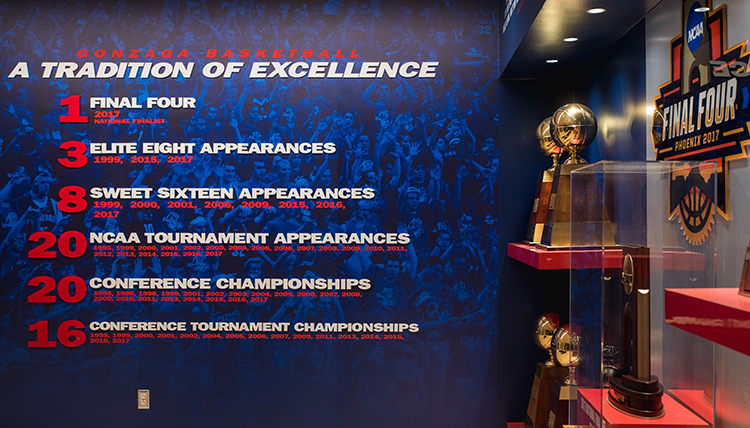 The transition from the Hall of Honor on the south end of the Volkar atrium to the second level, via a new cascading stairway, provides a point of entry to a broader story of the University itself. An interactive historical timeline traces Boone Avenue’s transition from streetcars to automobiles racing in front of the Administration Building before the Johnston Family Mall replaced it in 1984. Displays depict our Jesuit heritage, beautiful campus, thought-provoking students, nationally recognized academics, and the professors, staff and leaders who have helped shape Gonzaga into one of the region’s premier private universities.

Stroll through the rest of the Volkar Center. In the men’s and women’s basketball practice area, Brown Court mimics the court in McCarthey. This new space includes a basketball-specific weight room and a tiered, theater-style auditorium for game-film review. The second floor features the Karen Gaffney Champions Room – connected to the McCarthey Athletic Center via skywalk – for socials, meetings and meals. The third floor caters to the academic portion of our student-athletes’ lives, with study areas, academic support services and a computer lab. Renovated Athletic Department space is easily accessible from both north and south entrances. 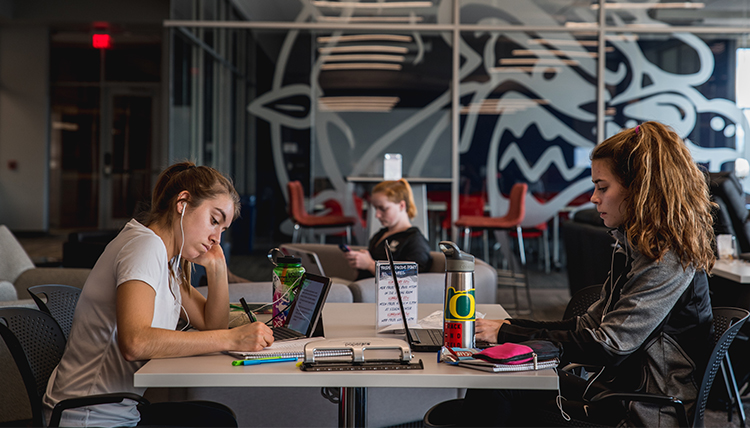 It is one of two learning environments supported by donors to the Gonzaga Will campaign. The other is the Integrated Science and Engineering building, for which fundraising is still underway. Learn more at gonzagawill.com.