Who wouldn’t want to make the next top ten list? Only about twice the size of Texas, Colombia’s wide range of ecosystems, temperate climate, and abundant biodiversity position the country to be on a few particularly hot ones.

The 2nd most biologically diverse country in the world, Colombia as of 2013 was home to 1826 bird species (the most in the world), 700 amphibian species (350 of which are found only in Colombia), 520 reptile species, 456 mammal species, and 2,800 marine and freshwater species. It also generates the 3rd largest yield of coffee, with over 500,000 producers, 95% of whose farms are smaller than five hectares, or about 12-1/3 acres.

With its close proximity to biodiversity hot spots, coffee production is incontrovertibly intertwined with environmental conservation, and in the evolving political climate of Colombia, the social, political, and economic implications of conservation issues, too, are ever changing.

Associate Professor of Environmental Studies Dr. Greg Gordon and Associate Professor of Political Science Dr. Stacy Taninchev were naturally drawn to apply for the Colombia Community of Practice last summer as a means of enhancing the content of courses they each already teach on conservation and the global coffee trade. Here’s a taste of what they learned. 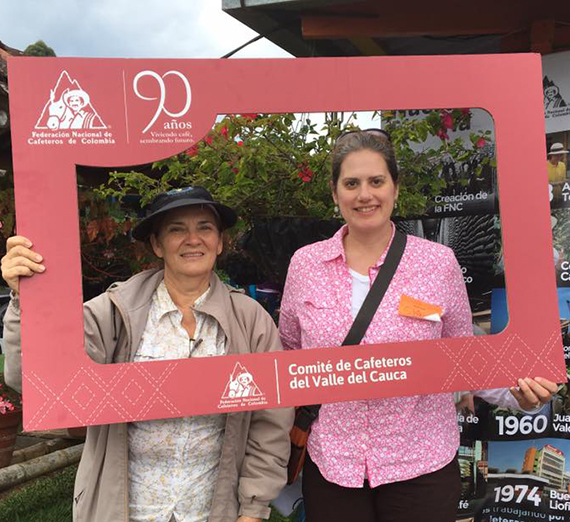 In 2016, Dr. Taninchev piloted a course that would become an interdisciplinary First Year Seminar focusing on the history, agronomy, politics, and economics of coffee production. “Brewing Justice: The Global Coffee Trade” was designed to help students analyze each of these aspects of the coffee trade using tools from a variety of disciplines and would fulfill a social justice designation for the new common core.

The announcement of the Community of Practice application period percolated a new idea in Taninchev. Colombia’s position in the global coffee trade would provide a natural place to explore everything about coffee from growing and harvesting practices to roasting, brewing, and cupping, not to mention the social, political, and economic challenges coffee growers face. That insight would expose her to perspectives she wouldn’t find in books, and she could add experiential learning to her First Year Seminar by taking students to Colombia.

And to Colombia, she went. PUJ-Cali’s Nicolás Clavijo shared with her the “1st mile problem,” the challenge farmers face in transporting coffee—and bananas, which many farmers also produce in order to supplement their coffee income—over the rough and lush terrain surrounding their farms to the cooperatives that buy their crops. She traveled to coffee farms around the region, learning about the agronomy of growing coffee and gaining insight into the price fluctuations (and lack thereof) of coffee.

Alongside farm owners and majordomos, Taninchev participated in the Federación Nacional de Cafeteros’ Día del Campo, where she learned techniques like what vegetation to plant around coffee plants to keep them intact on steep hillsides and added to the knowledge she gained from a priest at Villa Loyola in Pasto about environmental issues such as water usage and sustainable growing practices.

Over the course of her time in Colombia, Taninchev came to realize the experience would be better suited to upper level students, and she began constructing a new interdisciplinary, service-oriented course she’ll propose as a capstone for the International Studies and Political Science degrees.

“You can only get this kind of deeper experiential learning from going [to a place] and being immersed,” says Taninchev. “The experience absolutely made me a better professor.”

Colombia has 59 nationally protected natural areas. Eleven percent of the country’s area—55,090 square miles’ worth of land—is devoted to national parks, an area just larger than the state of New York. There are 59 national parks in all of the United States!

Management of the parks system is not entirely straightforward, as many of the parks are home not only to the rich flora and fauna, but also to indigenous and Afro-descendant communities. Greg Gordon set out to examine the capacity of local, non-state groups to provide sufficient resource protection for biodiversity conservation. Purace National Park near Popayan is a prime example of the indigenous community managing the park’s ecotourism without a cogent environmental management plan.

Gordon also explored the role recently disarmed FARC guerilla groups played in conservation efforts. While FARC militants destroyed habitats in some areas through deforestation for illegal drug production and gold mining, their presence also diverted human development in others. Since they relaxed their hold on these pristine areas pursuant to the 2016 peace treaty, the sprint has been on for environmental protections to be established before industry can stake claim. According to Colombia’s Institute for Hydrology, Meteorology, and Environmental Studies, since 2016, deforestation has risen 44%.

During his time in Cali and Bogotá and his journeys to parks throughout the country, Gordon made connections with academics that would inform future progress of this line of research, particularly with Martín Bermúdez-Urdaneta at PUJ-Bogotá and Germán Palacio of Universidad Nacional de Colombia in Leticia, who last Fall traveled to Gonzaga as a guest lecturer. Palacio’s trip also afforded him and Gordon the opportunity to continue exchanging ideas that could result in a virtual collaboration between students at Gonzaga and in Leticia.

Drawing on his work in Latin America along with time he’s spent in Africa, Gordon will continue building on the global components of his “Parks, Forests, and Wildlife” class to address both US and international conservation. While the course already devotes time to international park and wildlife issues, he’s hopeful that integrating the first-hand knowledge of international conservation issues will lead to his course earning the Global Studies designation in the revised University Core. 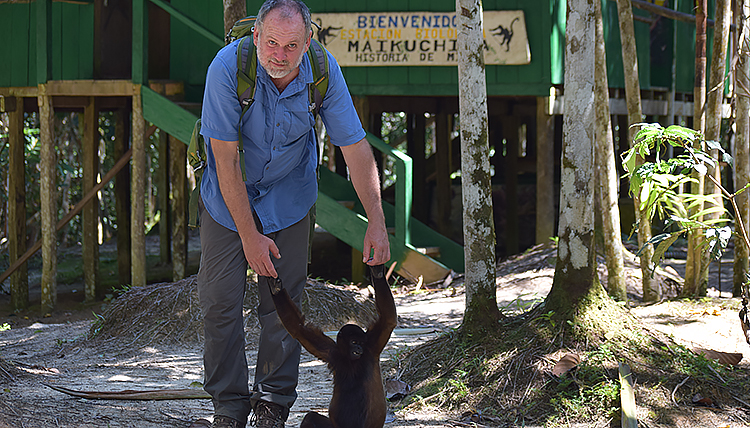 Student Perspectives: How the Core Helped Me with My Major