For the sixth time in the past eight years, Gonzaga Law was recognized when the winners were announced. Our own ‘Team Punctual’ was the winner of the coveted Best Oral Argument award. This is Gonzaga Law’s second year in a row winning the prestigious award.

Both Gonzaga Law teams were prepared, poised, and professional. They endured 40+ weeks of homework leading to the competition—memorizing the Lanham Act, writing and editing appellate briefs, and surviving six, three-hour rounds of practices with intellectual property and appellate lawyers in Spokane.

At the reception after the Saul Competition, Gonzaga Law students had the opportunity to meet competition judges and engage in a meaningful trademark dialogue. It is safe to say all eight Gonzaga Law students have broadened their skills as advocates in intellectual property law and have gained real-world experience by impressing and networking with industry leaders.

Congrats to both teams! 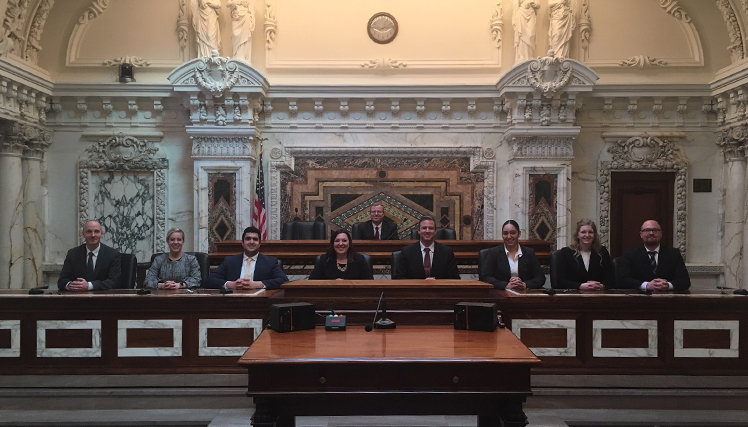