Graduation Success Rate for Student-Athletes at 99%

Zags Tie for No. 2 in Nation Behind only Harvard

Courtesy Gonzaga Athletics
INDIANAPOLIS — Gonzaga student-athletes are graduating at a rate of 99 percent according to the latest Graduation Success Rate (GSR) numbers released by the NCAA on Wednesday, which is tied for the second highest percentage in the nation.

"The hard work and dedication our student-athletes put towards getting their degrees is amazing, and these numbers show that," Director of Athletics Mike Roth said. "They are not only tremendous athletes, but tremendous students as well. And our faculty, coaches and academic support staff have done a great job of supporting them in the classroom and in competition to allow them to flourish. We are all continually impressed with what our student-athletes are able to accomplish. They've set the bar extremely high."

With Harvard posting a 100-percent mark, GU's 99 percent tied Columbia, Dartmouth, Loyola Chicago, Evansville and Yale with the next highest scores. It marks the second straight year that Gonzaga has been at 99 percent as a collective. The NCAA average is 85 percent and the West Coast Conference average is 90 percent. 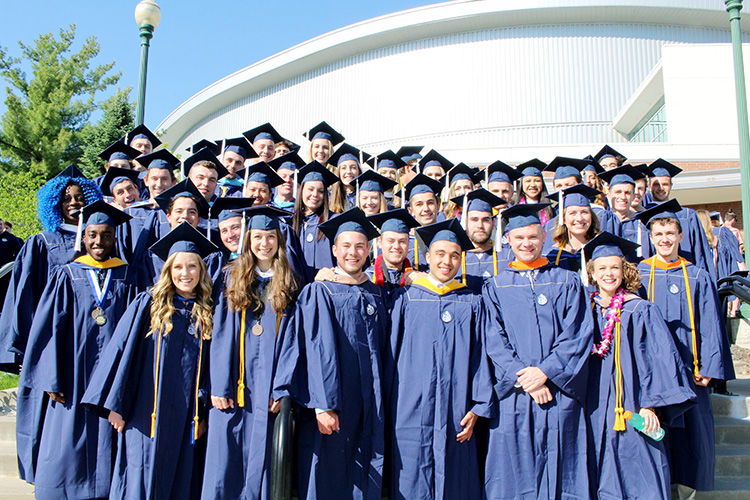 According to the NCAA, the Division I Board of Directors created the GSR in response to Division I college and university presidents who wanted data that more accurately reflected the mobility of college students than the federal graduation rate. The GSR formula removes from the rate student-athletes who leave school while academically eligible and includes student-athletes who transfer to a school after initially enrolling elsewhere. This calculation makes it a more complete and accurate look at student-athlete success.