After spending three weeks in the Amazon on an International Medical Relief (IMR) mission, Carly Duffy (’12) came back changed and humbled. Duffy, a travel nurse currently stationed at UC San Diego Health in the intensive care unit, was intrigued by the idea of a medical mission after she met another travel nurse who raved about an experience in Ghana. Before she knew it, she was deep in the jungle, providing medical assistance and education to the poverty-dense region.

A non-profit organization, IMR designs medical and dental mission trips that send volunteers to 40 underserved countries around the globe for two to six weeks at a time. This mobile initiative puts professionals out in the field in the most remote areas of the world to help people in a restricted amount of time with limited resources.

Are IMR participants required to be certified health professionals? No – medical and dental professionals, students and non-medical personnel can all volunteer with the initiative. In fact, on Duffy’s trip, one of the doctors brought her boyfriend and he assisted with registration at the clinics.

Providing medical assistance and education to third-world countries can be a challenging task. All medical supplies and equipment are donated and flown in to the designated site. Volunteers must be flexible and adaptive, and prepared for primitive conditions. Duffy’s group slept in hammocks on the river boats that carried them along the Amazon. 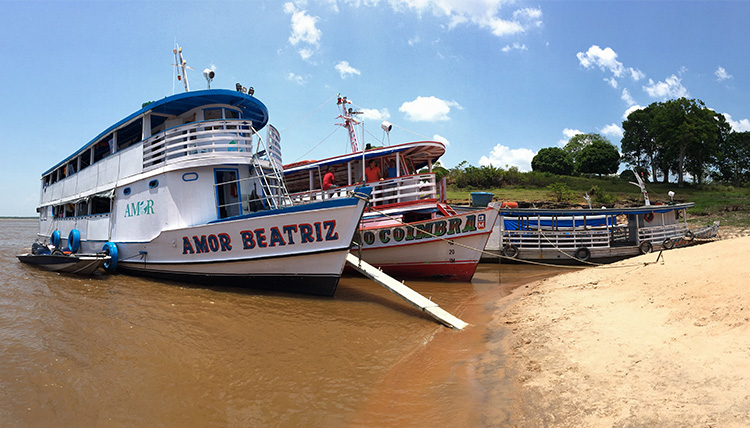 Of course, when IMR volunteers first arrive and see the poverty up close, there are some mixed reactions. For Duffy, it was total shock. “It’s unlike anything you’ve ever seen,” she remarks. Even traveling in Venezuela and Brazil was a cultural eye-opener. “You had to pay for little things like toilet paper in the airport bathroom. In order to maintain basic health and cleanliness, you had to have money.”

Once the crew made it to the remote villages where they would work, Duffy was in even more amazement. She says, “People lived in tiny houses, and they were educated in tiny houses, if they were educated at all.” Their health concerns were even more astonishing. The biggest of these was that there was no proper water sanitation. Locals took water straight out of the Amazon River, then dumped bleach into it until it turned clear rather than boiling it. Rain water collection was not much better. “We provided education on a lot of health topics,” Duffy comments.

To do that, Duffy’s group came prepared with visual aids, cards and pamphlets in Portuguese. In addition, the volunteers and translators gave presentations to people waiting to be checked in for treatments. Some of the most common topics discussed were safe sex, cleaning small injuries to prevent infection and water sanitization.

As expected, the team also provided medical treatment. Through her care, Duffy learned from surprising cases, such as one elderly woman with clubfoot. In first-world countries, the condition is easily fixed in infancy. However, this woman who was in her 60s or 70s had lived her entire life with clubfoot and had adapted to become an able-bodied and contributing member of her community – all in her flip-flops, too. Duffy was amazed by how the woman made do with what she had and led a productive life despite her deformity.

Another patient Duffy met was a young 14-year-old girl who had just found out she was pregnant. As Duffy tried to help her understand the importance of prenatal vitamins and proper nutrition, the girl became increasingly upset. “Her life was just getting started, and she didn’t know if her boyfriend was going to be very supportive,” Duffy says. News travels fast in a small community though, and by the time Duffy was walking the girl out of her appointment, everyone in the community was standing outside, praising the young couple and applauding them. “It was incredible to see the support from the community.”

Throughout her time in the Amazon, Duffy encountered and treated a number of diseases she had never encountered in the U.S. Although these cases offered an intriguing variety, Duffy says that surprisingly, she felt most useful treating mundane ailments. For Americans, conditions such as arthritis or indigestion are small inconveniences, but for the poverty-stricken residents of the Amazon, they can be life-altering. One example of this was an arthritic elderly woman, to whom Duffy prescribed Tylenol. “She cried, she was so happy,” Duffy reflects. “She hadn’t understood that her pain was completely normal and something that could easily be fixed.” Duffy found this aspect of her trip to be by far the most humbling and impactful because she was able to make a huge difference in her patients’ day-to-day lives.

Upon return from her trip to the Amazon, Duffy knew that her life had been changed – no doubt she wanted to embark on another IMR mission in the future. Now, Duffy has her heart set on a four-week trip to Kenya, slated for September of 2017. IMR will sponsor trips to Haiti, the Philippines, South Africa, Ethiopia, Cambodia, Uganda, Nepal, the Thailand Gulf and Panama this summer. Even without a medical background like Duffy, anybody can apply for a mission trip with IMR, and anybody can then make an impact on humankind. 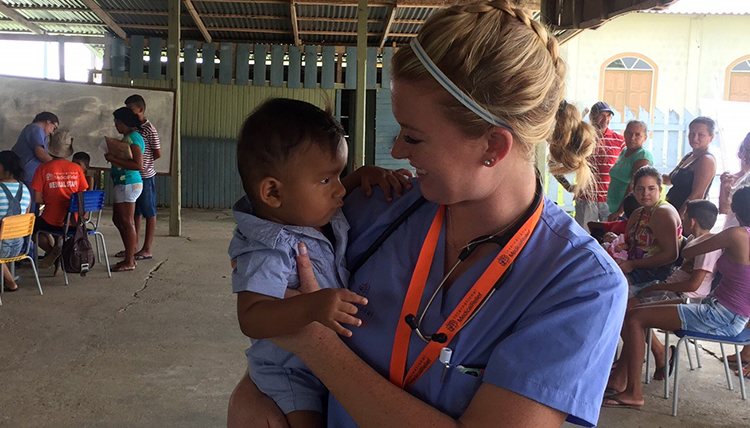