From Grief to Growth, From Pain to Prevention

Like every parent, I have warm, intimate memories of my son. Sam asking at a tender age, “What’s the difference between love and falling in love?” The devotion he developed for his chosen tools of boyhood: Matchbox cars and Legos. The kindnesses he showed to younger students all through his adolescence and into college.

So many wonderful experiences. Many of us believe that we live far from tragedy. That catastrophe happens in other countries, other neighborhoods and other families. That is only true until it’s not true anymore. And then we see that our magical thinking was a veil, a myth.

Sam’s life was shaped by the common mental illness of depression, with a family history of bipolar disorder, and in a time when mental health issues were even more closeted than they are now.
I mark the start of the unraveling of his life with a phone call one January evening, with these leaden words: “Mom, I don’t know anyone in my studio.”

As an only child with always just a few friends, Sam struggled to fit in. In middle school, life grew no easier, and Sam began to wonder about the point of living. He spent a year in counseling and on antidepressants, and seemed to regain some emotional stability.

Through high school, Sam managed to succeed in his own stubborn way. Always, he found a pocket or two where he could thrive. Art class. Math. His summer job with a bridge contractor, where he learned all things mechanical.

Over his high school and college years, he returned occasionally to thoughts of suicide, when he was socially isolated or faced a major academic challenge. He was always candid with me and assured me that he had no intent to act. Each time he righted himself. At times, he returned to counseling.

Late in his junior year, Sam spiraled down under the workload. Depression kicked in, thoughts of suicide resurfaced. He went into counseling, took two incompletes, and seemed to rebound. Until February, when a police officer recognized that Sam was suicidal to the point of needing to be in the local crisis center. I read everything I could find about depression and traveled to Sam’s university repeatedly, supporting and loving.

I accompanied Sam to one of his counseling appointments. His counselor asked how he was feeling, was he still thinking about suicide? Yes, he was. Did he have a plan? Yes, he did. Did he have an idea about when he would undertake his plan? No, not at the moment.

I became, in essence, my son’s safety plan. In early April I spent 10 days at school with Sam, sleeping in his room, seeing how nearly catatonic his depression left him for hours each day.
A few weeks before he died, Sam told me that he had concluded that I would survive if he ended his life. Later, I imagined him leading me by the hand, into my grief journey.

I understood that the bathwater was getting hotter. But parents are fallible – and I had faith that Sam would right himself once more. I did not know enough to realize that he needed far more support, likely a psychiatric hospital and then a combination of inpatient and outpatient treatment. That his suicidality itself needed to be treated. Without professional advice from any quarter, my judgment was terrible.

Sam’s last week was a good one. He functioned better, rising early and off to campus each morning. Connecting with friends. Discussing a summer abroad program that he hoped to attend. Thursday evening, he worked on a welding project with a friend.

I had no idea or information that this upswing might mean that Sam had made his decision.

I now work part time with Forefront: Innovations in Suicide Prevention, based at the University of Washington’s School of Social Work. Forefront was founded three years ago and has changed the landscape of suicide prevention in Washington. Our state became the first in the nation to require training in assessing and managing suicidal patients for mental health professionals, nurses, physicians and other health care workers.

I help to support two higher education initiatives in Washington. One involves a state task force on mental health and suicide prevention in higher education. The other is collaboration between Forefront and the JED Foundation, offering the well-regarded JED Campus Program to 13 campuses, with expenses paid through a private funder.

I still grieve my son and would give anything to have better treated the mental illness that led to his death. But my experience gives me a perspective on how a college student who seems to have so much going for him can choose suicide. I use my tools as best I can, on a journey that I never would have chosen. 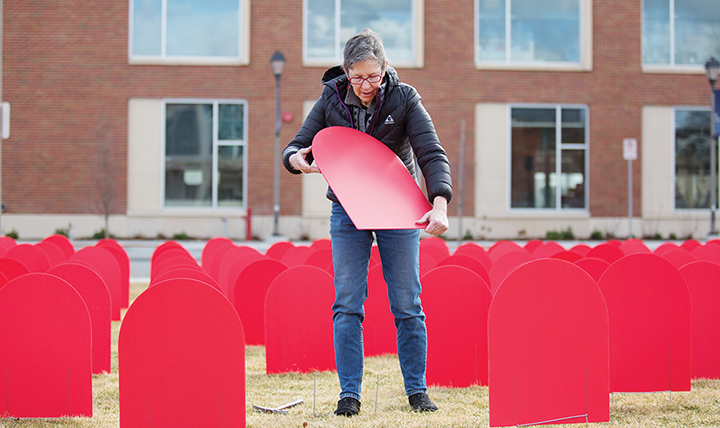 Grieving the loss of a child to suicide is among life’s most difficult experiences. As a parent, one has the sense of being entirely responsible for having failed one’s child. The guilt compounds the grief.

Over the first several months after Sam’s death, I came to imagine myself sweeping up every bit of my guilt. Then, I put down my imaginary broom, walked around that pile and kept on walking.
For the entire first year, my body reacted over and over to the horrifying news, as if for the first time. Only later was I able to understand internally that my son had died a year ago, 16 months ago, 18 months ago.

The greatest gift you can give a friend who has lost a loved one to suicide is time and listening. Ask them to tell you their story. Sharing their emotional pain is part of their healing. If you are not sure what to say, offer a hug and this phrase: “I am so sorry for your loss.”

Support groups for suicide loss survivors and others whose lives have been shaped by suicide have helped me create a new life. Spokane has a Survivors of Suicide group that meets weekly. I still attend a group today.

I knew a woman who ended her life on the first anniversary of her son’s suicide. Sandy also lost an only child. I imagined her pushing me from behind, and Sam leading me from ahead. Get to work, Sandy told me. This could be a matter of life and death. Spokane had therapists, grief counselors, support groups. Seattle had Forefront, which offers one-on-one telephone mentoring. I used them all.

The primary leader of the Spokane SOS group had learned great wisdom over the 20 years since she lost her daughter to suicide. She told us that we would survive – and more: We would grow. We might also find gifts within our grief. I grabbed this thread of hope and still haven’t let go.

As a journalist, I felt the most normal at my computer, learning. My new topic was suicide. This became a second thread in my healing. I learned that men die by suicide three-to-four times more often than women. And so much more. I approached my son’s university as an advocate and collaborator to discuss the gaps in its system. (Now the entire system of higher education in the state in which my son went to college is undertaking a campaign to build comprehensive suicide prevention.) I discovered the American Association of Suicidology and other national resources.

I also began a transformation from seeing Sam’s suicide as my singular catastrophe, to understanding that I belong to a huge community of loss survivors. When I attended the 2014 American Foundation for Suicide Prevention overnight walk for suicide prevention, I found 500 walkers ready to loop 17 miles through Seattle, raising a half-million dollars. I was so hungry for community with others who “got it” that I smiled for hours that night.

I felt lucky to have discovered a narrow walkway leading to a new life of purpose and meaning. 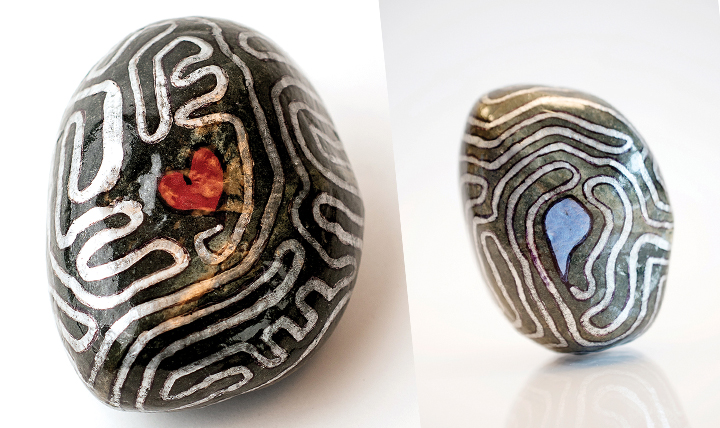 Caring for Your College Student

I offer these thoughts for parents and anyone who has a college student in their life:

With all that has been learned about suicide on college campuses, we would like to believe that when another Sam arrives, his story will end differently than Marny’s son’s did. What would the treatment process look like for a student at Gonzaga today? We’ve put together some sample steps that could be taken in a specific journey, recognizing that every student’s path – and treatment – is unique. Click here.

Andy Newman, ’16, shared his struggle with mental illness and encouraged the open discussion of stress, depression, anxiety and the like to help Gonzaga be “stigma-free.” You can watch his compilation of student stories and learn more about his work.