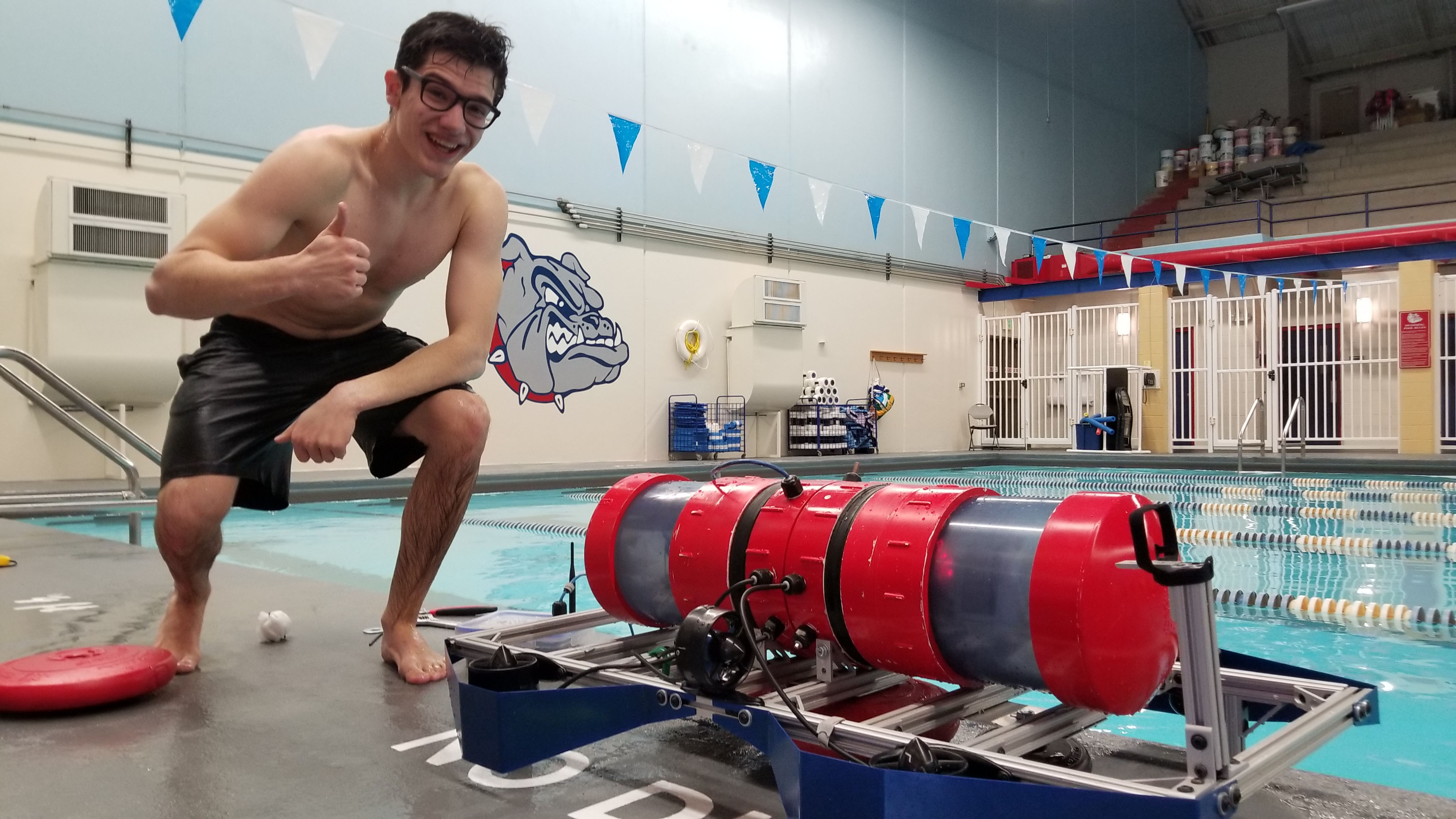 Never went to competition but #1 in our hearts!

Outside the Sub: The first AUV design known as Genesis was driven by simplicity and the need for reliable underwater maneuverability. Thus, it featured a long 10in diameter capsule and 6 thrusters that allowed for 4 axis control. The frame for this sub was modeled primarily to host the water tight capsule and thrusters. No other features (grabbers, hydrophones, cameras etc.) were considered for the Genesis design. Though the large capsule design was hydrodynamic, it displaced too much water and resulted in a 50lb buoyant force. Additional problems included difficulty sealing the sub and poor access to the electronic components.  Though Genesis never saw competition, it was a good foundation and it taught us a lot.

Inside the Sub: The mission computer consisted of a raspberry pi connected to an Arduino Mega. The Arduino controlled all motors and sensors, sending and receiving information from the raspberry pi via serial communication. The downside to this implementation was limitation from the Arduino libraries and frequent loss of communication. There was no way to access the electronics without taking apart the sub which slowed down testing and practice runs. The raspberry pi would often crash as well. 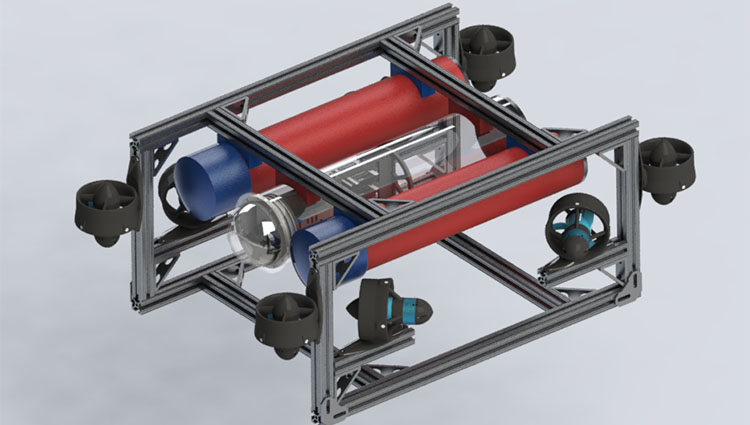 Outside the Sub: The second generation AUV called Exodus featured 6 thrusters, and three water tight cylinders equipped to house electronic components. Exodus’ cylindrical arrangement decreased Genesis’ buoyant force by 75% percent, and its frame design allowed for a more strategic placement of thrusters for four axis control. However, like its predecessor, the Exodus watertight capsule design made it difficult to access the inner electronic components.

Inside the Sub: On the embedded systems side, we transitioned from an Arduino to an Texas Instruments TM4C microcontroller. This microcontroller offered powerful libraries and more control over our sub. The downside to this implementation was the wireless communication not working, and our sub did not reliably seal to the point where we could constantly remove and replace the electronics access port. The raspberry pi continued to be the mission computer. 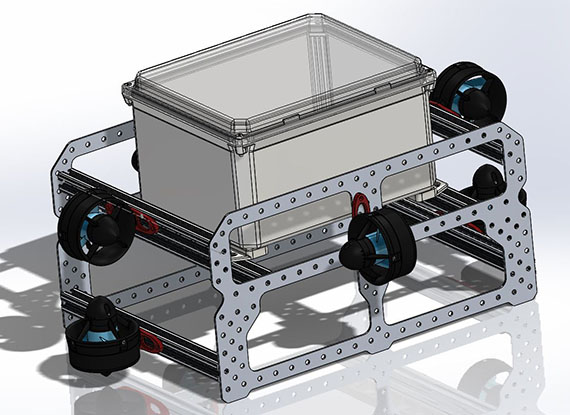 Outside the Sub: Named for its box design, Terrapene’s design features are a great improvement from Genesis and Exodus.  Its IP68 rated plastic enclosure houses all electronics comfortably and allows for quick and easy access to all components.  Additionally, Terrapene’s outer aluminum frame is not only lightweight, but its strategic hole pattern allows for optimal modularity. In the future, many different components (cameras, launchers, grabbers etc.) will be mounted to the sides of Terrapene.

Inside the Sub: Terrapene was implemented with a new mission computer: the Nvidia Jetson. This new mission computer offers better performance and machine learning capabilities for future generations. This is the first sub to utilize camera feed, opening new doors for our competition strategy. New software and quick-connect access allows for on the go debugging. Our wet connect ethernet port has made connection a quick and easy process, not losing a lot of time in a competition run. The new RFID tag system minimizes the number of times we need to hard connect to the sub and provides an easy method of initialization for the divers manipulating the robot.

Updates to Terrapene for 2020