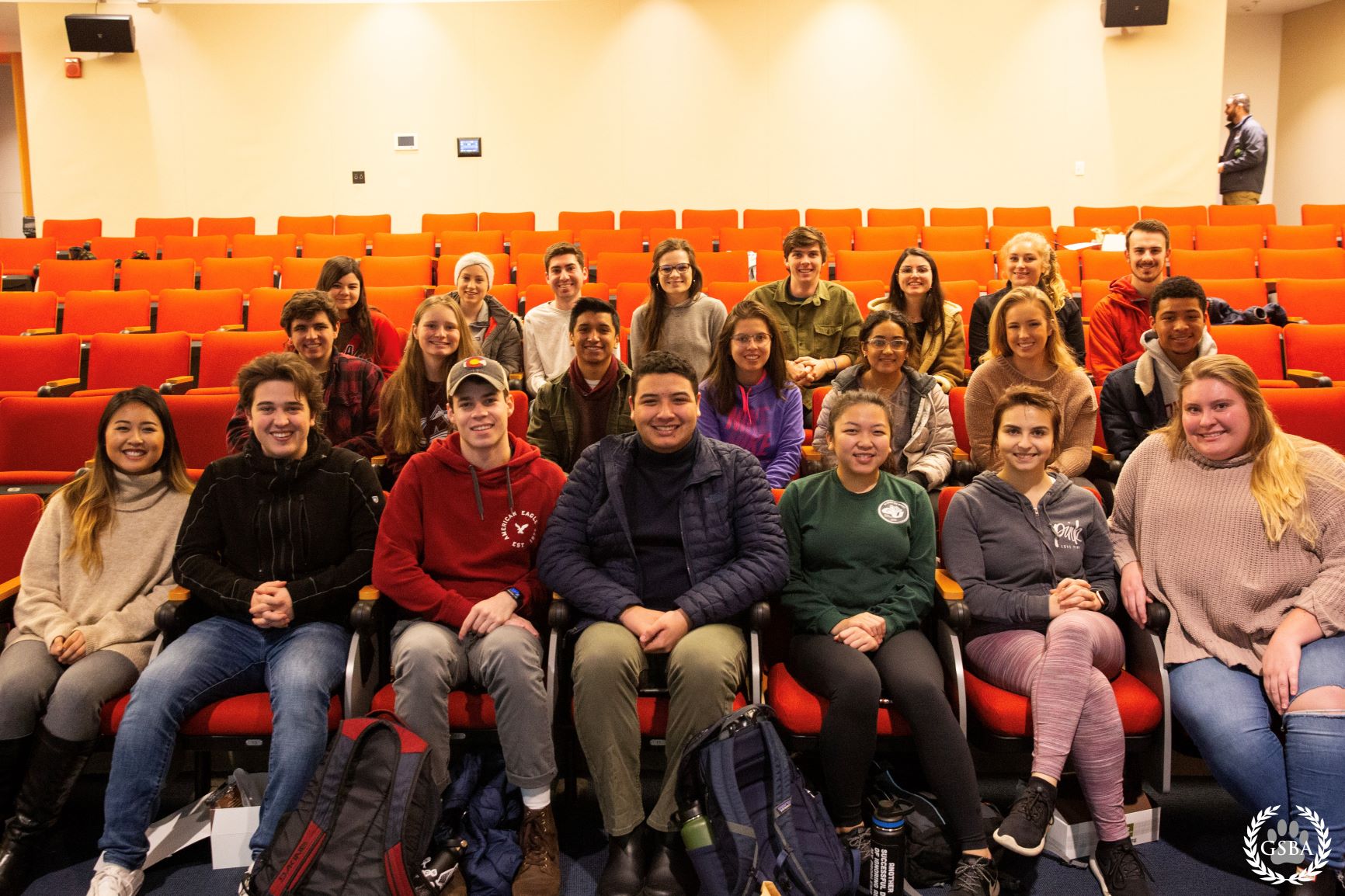 Getting Involved: Applications for the 2021-2022 President’s Council will be released in September 2021. Stay tuned for more information!

The Academic Council discusses programs, curriculum, policies and procedures concerning the Division of Academic Affairs. Representatives serve on one of four subcommittees: Assessment, Policy and Planning, Curriculum, and Program Review.

The Academic Integrity Board consists of faculty, undergraduate, and graduate students who are responsible for formulating the new Academic Integrity Policy and reviewing violations to the University’s academic integrity policies.

The Athletic Council provides guidance and assistance to the University President and the director of Athletics regarding all aspects of the University’s intercollegiate athletics, intermural programs, and recreational sport offerings. This council serves as the conduit for information, questions, and concerns between Athletics and the student body.

The Green Fund Committee deliberates on the operation of the Green Fund by evaluating applications, dispensing funds, and reporting on the implementation of student-led sustainability initiatives.

The Parking Citation Review Board resolves disputed parking tickets, increases transparency, and ensures fairness through contest ticket review by a panel of peers.

Student Advisory Board of Foley Library

The Student Advisory Board of Foley Library discusses and advises on issues that affect the student experience at the Foley Center Library. The library will solicit advice from students in order to enhance library resources, spaces, and services.

Student Advisory Board of the Hemmingson Center

The Student Advisory Board of the Hemmingson Center assists in providing planning, feedback, and opportunities to engage the entire Gonzaga community. The board advises GUEST with space uses, needs and governance, community event planning, and program development.

The Student Media Board is the governance board for student media that oversees the Gonzaga Bulletin, Spires Yearbook, Charter Journal, One World Journal, and Our Voices Journal.

The University Budget Committee members serve as a liaison between GSBA and the financial offices at Gonzaga.

The grant committee assists in selecting recipients of the Undergraduate Professional Development Grant. The UPDG is a student-run initiative that provides funding opportunities for professional development towards students who identify as first-generation/low-income. Some of these items include fees for tests, flights to/from conference, attire for interviews, and more. The UPDG provides access to these opportunities that are essential for students’ competitiveness and success post-graduation.