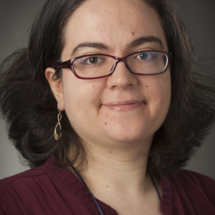 Since 2016, Braune’s research has focused on understanding and overcoming the influence of hate movements, especially self-identified fascist and white nationalist movements. She is a frequent invited speaker to help community organizations, high school teachers, labor unions, faith communities and others, understand and respond to the threat posed by hate groups. She has served on the International Council of Experts for the Gonzaga Institute for Hate Studies and is on the editorial board of the Journal of Hate Studies. She is currently completing a book on fascist movements and how to counter them for Routledge Press Series on Fascism and the Far-Right. Her latest work also includes two interdisciplinary research studies with colleagues in the social sciences, exploring how former members of hate groups can repair harm and what victims and survivors of hate crime might want or need from past perpetrators.

She also has a cat, loves the Spokane River, and collects facts about local labor history.