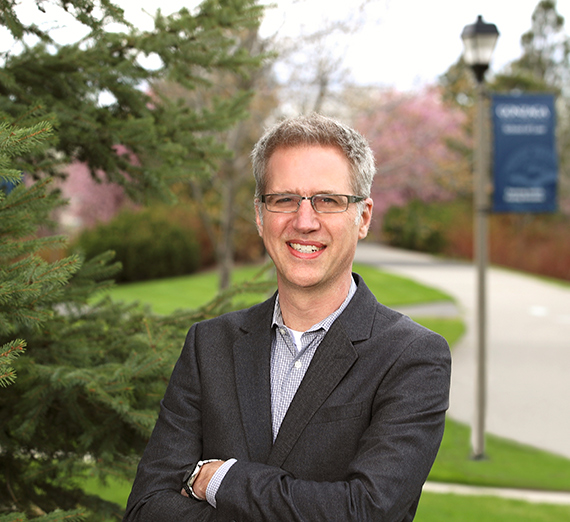 Jason Gillmer is a Professor of Law and the inaugural holder of the John J. Hemmingson Chair in Civil Liberties.  He is also the Director of the Center for Civil and Human Rights. Before Gonzaga, Professor Gillmer was on the faculty at Texas A&M Law School (formerly Texas Wesleyan). He has also taught at American University, Washington College of Law as visiting professor. He began his academic career as a teaching fellow at Stanford Law School.

Prior to teaching, Professor Gillmer clerked on the District Court of Minnesota and on the Ninth Circuit Court of Appeals. He also was an associate in the law firm of Robins, Kaplan, Miller, and Ciresi, where he helped represent the State of Minnesota in its landmark suit against the tobacco industry to recover the health costs associated with treating smoking-related illnesses.

Professor Gillmer is a legal historian with a particular interest in the antebellum South, the conquest of the American West, and the Civil Rights era. Drawing on a number of legal and historical sources, Professor Gillmer focuses on how the law functioned in everyday life, and his current work emphasizes the importance of local records and trial-level data in understanding history and its contours. He is the author of  Slavery and Freedom in Texas: Stories from the Courtroom, 1821-1871 (Athens: University of Georgia Press, 2017), as well as several law review articles, essays, and book chapters. He is a frequent speaker on issues of race, law, and civil rights.

Professor Gillmer teaches in the areas of Torts, Constitutional Law, Civil Rights, and Race and the Law. He is a seven-time recipient of his school’s “professor of the year” award. Among his many professional activities, Professor Gillmer is a Commission Member of the Washington Supreme Court Minority and Justice Commission and a Board Member of the Washington Supreme Court Historical Society.

Professor Gillmer has a LL.M. from Harvard Law School, a J.D. from American University Washington College of Law, and a B.A. in history from Carleton College.

The Gonzaga Center for Law and Justice is home to University Legal Assistance (ULA), a not-for-profit clinical law program.

The Clinic is modeled after a general-practice law firm. Managed by faculty members, the Clinic gives students the opportunity to apply academics to legal practice.

The Clinic has received the Charles Goldmark Distinguished Service Award from the Legal Foundation of Washington, and the Emil Grumpier Award for Excellence in the Teaching of Trial Advocacy. It also has been recognized by the American College of Trial Lawyers.