Coursework will be taught by Gonzaga Law professors in conjunction with recognized European scholars with a focus on comparative or international legal topics. 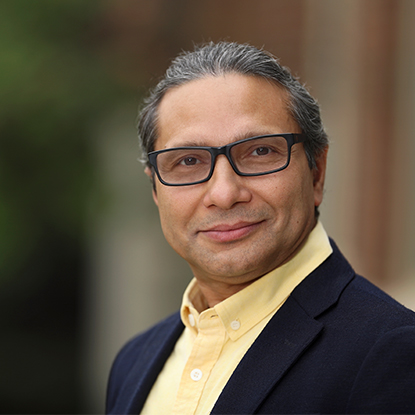 Professor Upendra D Acharya is a professor and Norman & Rita Roberts Scholar at Gonzaga University School of Law. He served as an associate professor at the Faculty of Law, Tribhuvan University and practiced law in the Supreme Court of Nepal. He has represented landmark cases in the Supreme Court of Nepal, including a daughter’s right to inherent property, and the Godabary Marble case that resulted in the passage of the first Environmental Protection Act in Nepal. He has been visiting professor at several law schools, including in Brazil, France, China, India, Italy, Lebanon, Philippines, and Mexico. He is currently a vice president of Asian Society of International Law and a co-chair of the Planning Committee of the AsianSIL Biennial Conference 2019. He also serves as the chair of the Human Rights Special Interest Group of the Society. He is a founding member of Global Policy Forum for Nepal, a global think tank headquartered in London. Professor Acharya has presented papers on human rights, humanitarian law, international economic law and other areas of international law in North and South America, Middle East, Europe and Asia. He has written extensively on cutting-edge issues of international law, including terrorism, U.S. Foreign Policy, globalization, international economic law, and human rights and human security. 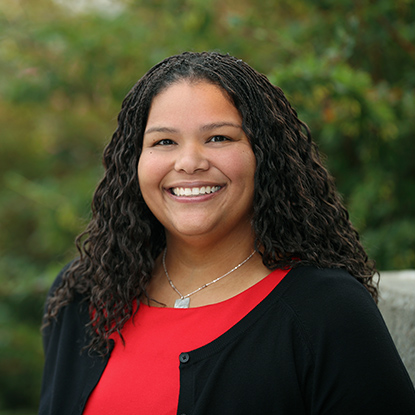 Inga N. Laurent is a Professor of Law at Gonzaga University, School of Law. Her main area of focus centers on analyzing and re-imagining our current criminal legal system. She returned to the faculty in Fall of 2017 after spending nine months researching restorative justice in Kingston, Jamaica as a Fulbright scholar. In the classroom, Inga’s goal is to prepare students for the challenges and opportunities that will be present as they enter the profession, equipping them with tools for honest and critical assessments of our systems and ourselves. Aside from her work with externships, Professor Laurent is engaged in advocating for criminal justice and legal education reform, as she believes we need innovative and equitable models to better address the shifting needs present in our evolving societies. 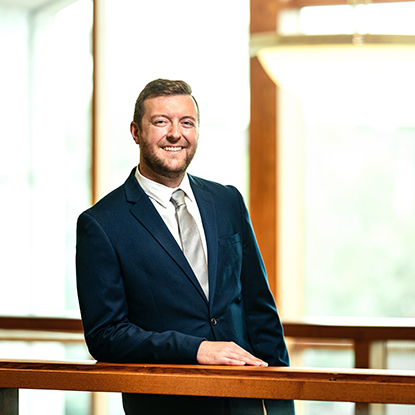 Before joining the Gonzaga Law faculty, Professor Simshaw taught at the Georgetown University Law Center as a Visiting Associate Professor of Law, Legal Practice. As a supervising attorney with the Institute for Public Representation in Washington, D.C., he specialized in communications and technology law and represented public interest organizations in rulemakings and adjudications before federal agencies and in litigation before federal appellate courts. His clients included disability advocacy organizations, child advocates, civil rights organizations concerned with police surveillance, and inmates and their families. In 2017, he received the H. Latham Breunig Humanitarian Award from Telecommunications for the Deaf and Hard of Hearing, Inc., in recognition of his pro bono advocacy on behalf of people with disabilities. His scholarship focuses on the impact of technology on the public interest. Professor Simshaw previously taught as a fellow in Georgetown Law’s Communications and Technology Law Clinic and at Elon University School of Law. The highlight of his legal education was studying abroad in Florence, and he looks forward to helping provide students with an enriching and memorable global education experience. 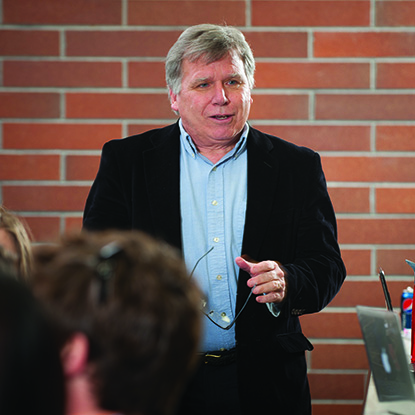 John Rumel is a Professor of Law at the University of Idaho College of Law’s Boise campus. Professor Rumel teaches the Law of the Workplace (Employment Law, including the common law of employment, anti-discrimination law and wage and hour law, and Labor Law), Litigation subjects (Civil Procedure, including alternative dispute resolution, Evidence and Remedies), and Education Law. His scholarship primarily focuses on employment law issues in the public sector, including teacher rights and public school obligations in the K-12 education setting. He has also served as Advisor to the College of Law’s Law Students for Appropriate Dispute Resolution and the law school chapter of the Idaho Trial Lawyers Association student organizations, as well as Coach to its American Bar Association Section of Dispute Resolution, Representation in Mediation National Finals team, and its Prince Evidence and National Latina/o Law Students Association moot court teams. In 2015, Professor Rumel received the Idaho Distinguished Lawyer Award from the Idaho State Bar, the highest honor given by the State Bar “to an attorney (or attorneys) each year who has distinguished the profession through exemplary conduct and many years of dedicated service to the profession and to Idaho citizens.” He has also received the University of Idaho Alumni Award for Excellence three times. Professor Rumel previously taught at the University of California Hastings College of Law and at Santa Clara University School of Law. While at Santa Clara, he twice served as a Director of its Institute of International and Comparative Law Summer Programs -- first in Singapore and then in Hong Kong. In his spare time, Professor Rumel enjoys collecting, listening to, and producing a wide variety of music, having assisted in the production of a Tribute CD honoring legendary folksinger Rosalie Sorrels and producing Blues shows as a member of the Board of Directors of the Boise Blues Society. 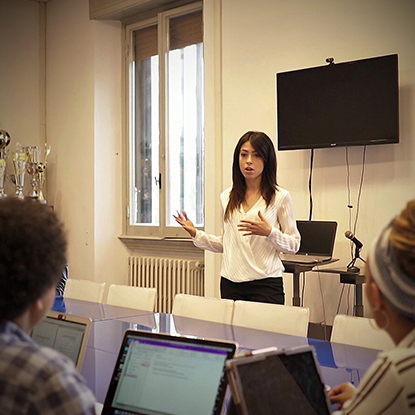 Ilaria is a researcher (“assegnista di ricerca”) at the University of Florence. Since April 2016 Ilaria has been working for the project “The Contractualised distress resolution in the shadow of the law: Effective judicial review and oversight of insolvency and pre-insolvency proceedings”. The project is financed by the European Commission and it addresses several key issues highlighted in the Recommendation of 12 March 2014 on a new approach to business failure and insolvency (2014/135/EU).

Ilaria received her Ph.D. from the University of Milan in 2016 in Legal Sciences (Commercial Law). She graduated in law, summa cum laude, at the University of Florence in 2011. Ilaria is admitted to the bar in Italy and licensed to practice as a mediator.  Ilaria has been visiting researcher in the University of Cambridge. She has conducted a research under a full scholarship awarded by Max Planck Institute for Comparative and International Private Law in Hamburg and focused on Shareholders’ conflict in close corporations. Between 2012 and 2013 Ilaria has conducted research under a grant awarded by the University of Florence focused on Mediation and Negotiation for Business and complex Organizations. During this time she served as a legal expert for the Civil and Business court in Florence and Pistoia under the direction of Professor Paola Lucarelli. Ilaria’s research activities have been instrumental in developing the pilot project directed at implementing court-annexed mediation in the Italian system of justice. Ilaria’s research interests are in international and comparative commercial and corporate law, insolvency law, (behavioral) law and economics; (behavioral) corporate governance, mediation and conflict resolution systems design.