The structural steel is now nearly complete in the west zone. The exception to this is the extreme northwest corner that will contain the structures lab. This lab has an isolated floor, and needs to be poured separately. The back fill for this portion of the site cannot take place until the first floor of the south portion of the west wind is poured. The fire suppression, HVAC ductwork, along with the exterior and interior framing are progressing well on all floors of the east and central zones. The exterior sheathing is being installed on the south side of the east and central zones. The brick masons should be on site by early December. The installation of the underfloor electrical conduit and the underfloor plumbing for the lower level of the west wing is in progress. The water main, fire sprinkler main, and the natural gas supply line have been connected to the GU system and have been installed through the exterior wall and into the central portion of the lower level where the main mechanical and air handler rooms will be located.

As you can see from the photographs below, most of the structure is in place, so the way the building will sit on the site and how it will interact with the adjacent buildings has become very evident. 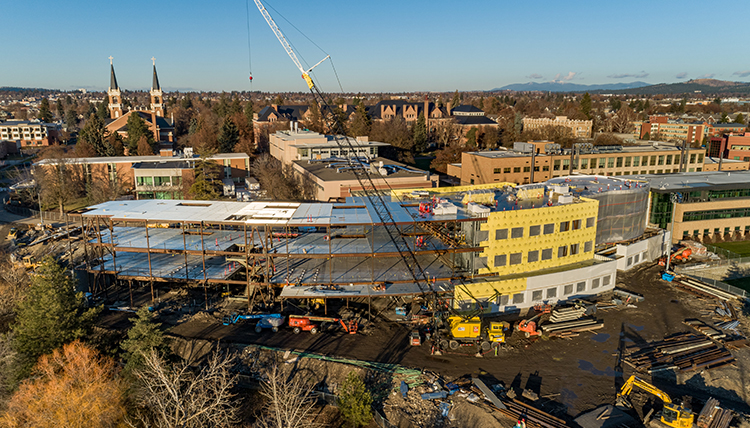 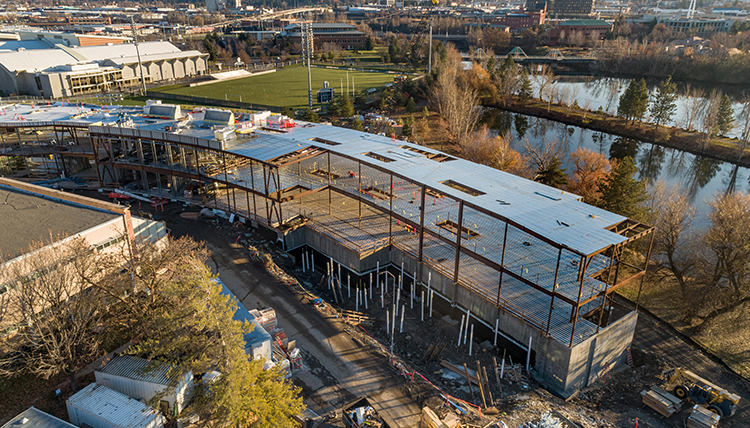 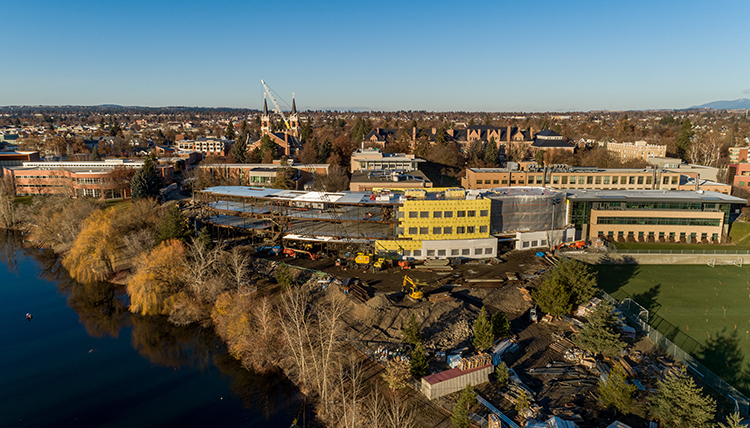 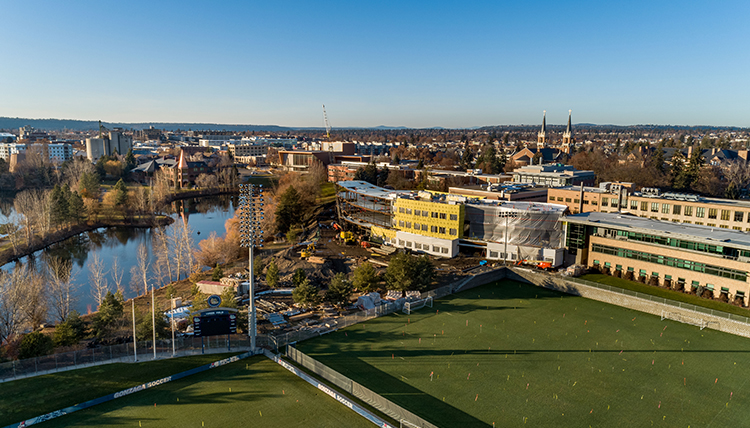 As shown in these photos, which were taken June 24, 2020, the Integrated Science and Engineering facility project is picking up momentum. The 427 micropiles that will be used to support the new building are nearly complete.  About 50% of the pile caps, footings, and foundations have been completed and six loads of structural steel have been delivered to the site.  Not shown in these pictures is the completion of the installation of about the eastern one-quarter of the structural steel defining the form and floors of the new building.  This building stretches from the west side of PACCAR Center, which it will connect to, all the way to the west to where the yellow silo-like tank is sitting behind the Humanities Building.  Substantial completion of the new building is scheduled to be reached by August 9, 2021. 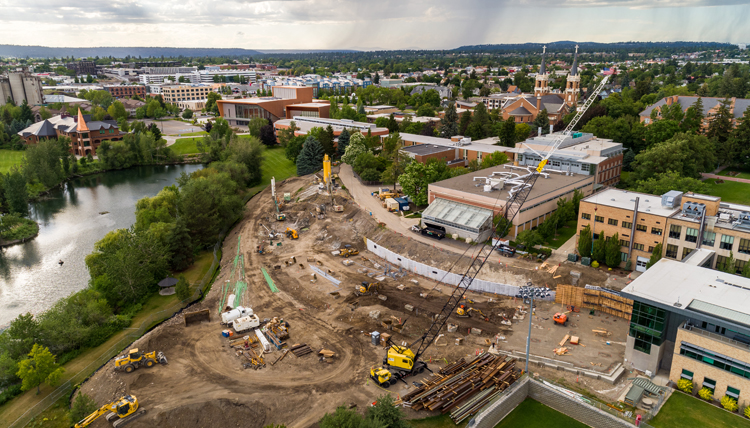 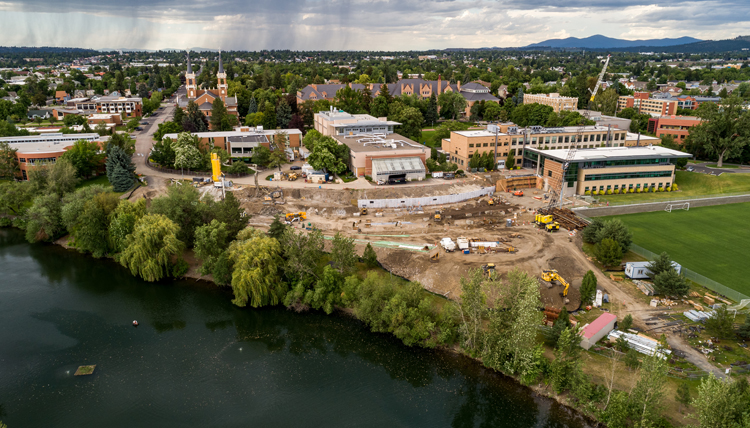 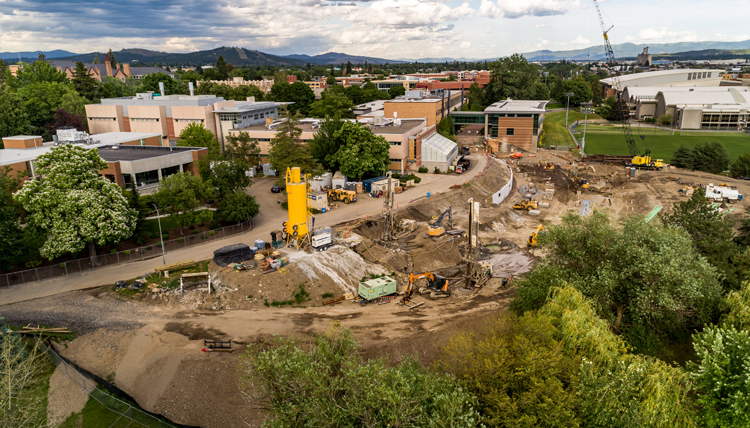